The Marlene Meyerson JCC Manhattan’s ReelAbilities Film Festival: New York, announces its full lineup of films for its 12th annual festival, which will run from March 31st through April 6th. A schedule of screenings and special events is below. Tickets go on sale March 4th, and can be purchased at ny.reelabilities.org.

The 2020 ReelAbilities Film Festival: New York continues to raise the bar on accessibility and showcase talent from around the world dedicated to heighten awareness of the stories and artistic expressions of people with disabilities. The festival celebrates the diversity of our shared human experience through engaging films and events and encourages inclusion and responsible portrayals in cinema of people with disabilities, the most underrepresented minority in American media. As part of the ReelAbilities mission to deepen audience engagement with these topics, all screenings will be followed by conversations with filmmakers and other guests.

The 12th Annual ReelAbilities Film Festival: New York will take place at the Marlene Meyerson JCC Manhattan, located at 76th Street and Amsterdam Avenue, and at over 20 other venues across all five boroughs of New York City, Long Island, and Westchester, making it the most geographically accessible festival. Some of this year’s prominent venues include the Brooklyn Academy of Music, The Museum of the Moving Image, The David Rubenstein Atrium at Lincoln Center, Cooper Hewitt Smithsonian Design Museum, and the IAC Building, in partnership with Vimeo.

The festival’s opening night selection will be the New York premiere of Michael Parks Randa and Lauren Smitelli’s feature directorial debut, produced by Zeno Mountain Farm, Best Summer Ever, which will make its world premiere at the SXSW Film Festival in March. A wild, fresh, and exhilarating take on the beloved teen musical genre, the film tells the story of summer lovers separated by circumstance…or are they? The film is executive produced by a who’s who of Hollywood actors including Maggie Gyllenhaal, Peter Sarsgaard, Jamie Lee Curtis, Ted Danson, Amy Brenneman, and Mary Steenburgen. With nine original songs and a fully integrated cast and crew of people with and without disabilities, this history-making film redefines the movie musical for a new generation. It will screen March 31st at 7pm at the IAC Building, co-presented by Vimeo. Actors Maggie Gyllenhaaland Peter Sarsgaardare expected to attend. The ReelAbilities Spotlight Award will be given to actor Zack Gottsagen (“The Peanut Butter Falcon”), and the evening will include a performance by singer Maelyn Jarmon (winner of Season 16 of NBC’s “The Voice”). 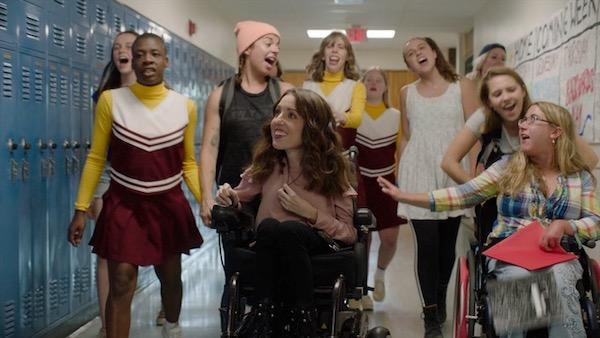 Isaac Zablocki, director and co-founder of the festival, said, “We are witnessing a revolution in disability inclusion and depiction. From this year’s submissions and the rise in TV and film projects that are including authentic casting, we are noting a dramatic sea change. The quality, quantity, and level of inclusivity of films is higher than we have ever seen before, and we are proud to continue our festival’s legacy of inclusion and representation.”

Opening night will also highlight American Girl introducing its new doll, Joss Kendrick, a young surfer with hearing loss. To make the festival even more accessible, Uber, the festival’s official transportation sponsor for the second consecutive year, will provide rides to all filmmakers, guests, and talent from/to their screenings throughout New York City, Westchester, and Long Island, and provide free and discounted rides to ReelAbilities audiences, thanks to UBER-WAV.

The closing night film will be Javier Fesser’s award-winning Spanish language film Champions (Campeones). This heartwarming comedy tells the story of Marco, a basketball coach with a bad attitude, who, after a traffic accident, is sentenced to community service and ordered by the court to train a team of players with disabilities who have never touched a ball before. Through their innocence, tenderness, and good humor, these champions teach Marco about the things that really matter in life. The film, which won multiple awards at the 33rd Annual Spanish Film Academy’s Goya Awards, including “Best Film,” will screen Tuesday, April 6th at 7pm at the Marlene Meyerson JCC Manhattan. 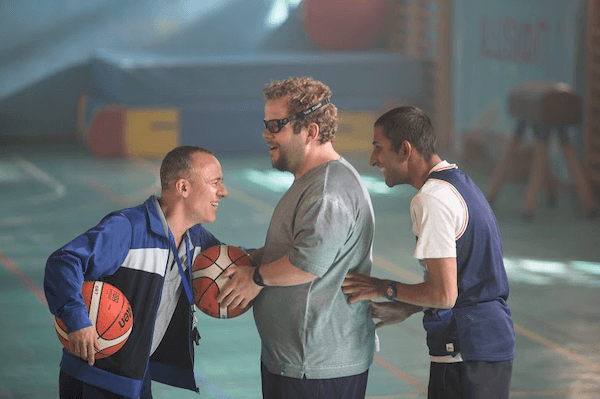 Other highlights from the festival lineup include:

The world premiere of Brian Thomas’ igniting documentary, Amy’s Victory Dance, the story of a former professional dancer who is run over by a 15-ton New York City express bus and her triumphant path back to the stage after the near loss of her life and leg. 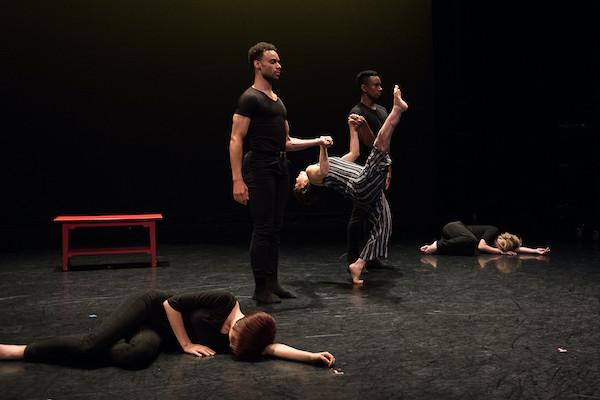 The world premiere of Salome Chasnoff’s Code of the Freaks, a blistering critique of Hollywood’s representations of characters with disabilities. 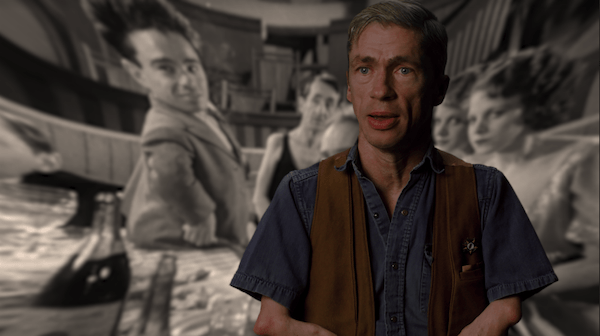 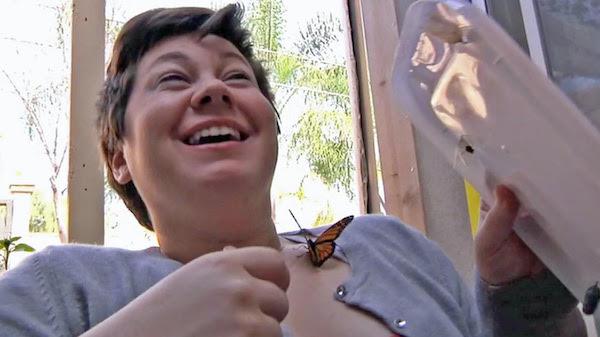 The world premiere of Ben Stamper’s Don’t Foil My Plans, the story of a young man with autism who has a dream far bigger than his diagnosis. 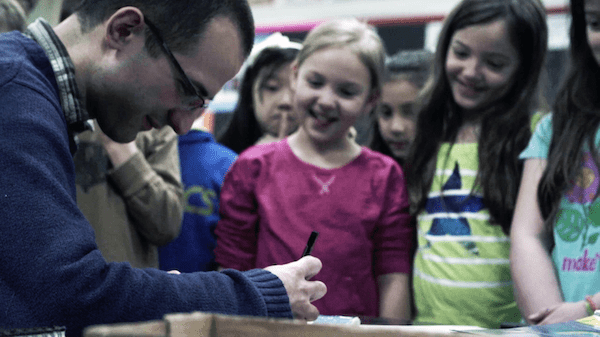 The New York premiere of Serbian director Raško Miljkovi?’s debut feature film, The Witch Hunters, a poignant tale about 10-year-old Jovan, who has cerebral palsy, and his imaginative world and adventurous friendship with his classmate Milica. 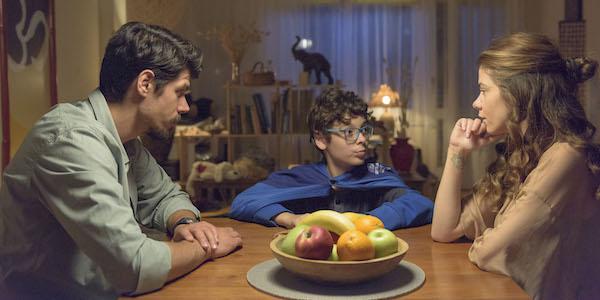 Yang Sun and S. Leo Chiang’s moving documentary Our Time Machine, which follows Shanghai artist Maleonn staging a play for his father who is suffering from Alzheimer’s. 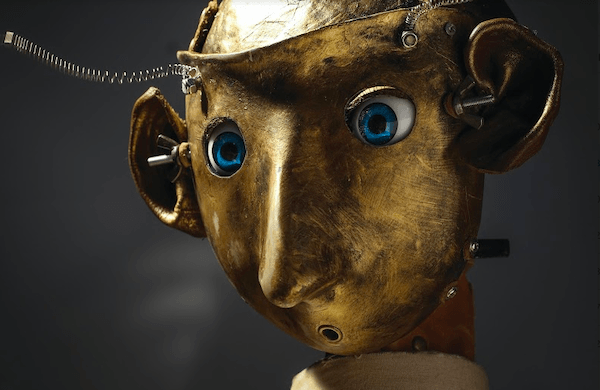 Ric Burns’ thoughtful and deeply affecting documentary Oliver Sacks: His Own Life, which explores the lifeand work of the legendary neurologist and storyteller, as he shares intimate details of hisbattles with drug addiction, homophobia, and a medical establishment that accepted his work only decades after the fact. 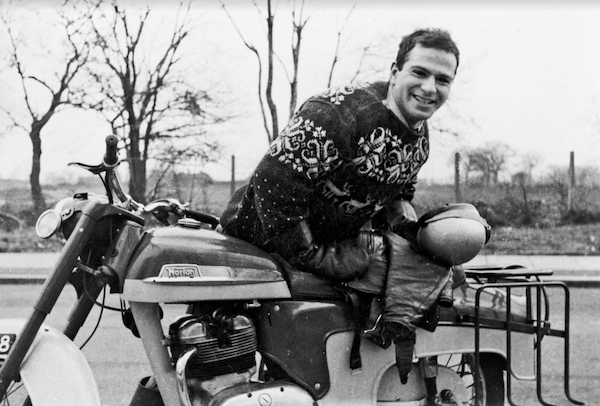 Kaveh Taherian and Andrew Richey’s 25 Prospect Street, a behind-the-screens look at the struggles and sparkle of the Prospector Theater – a non-profit movie theater with a mission of meaningful employment for people with disabilities. 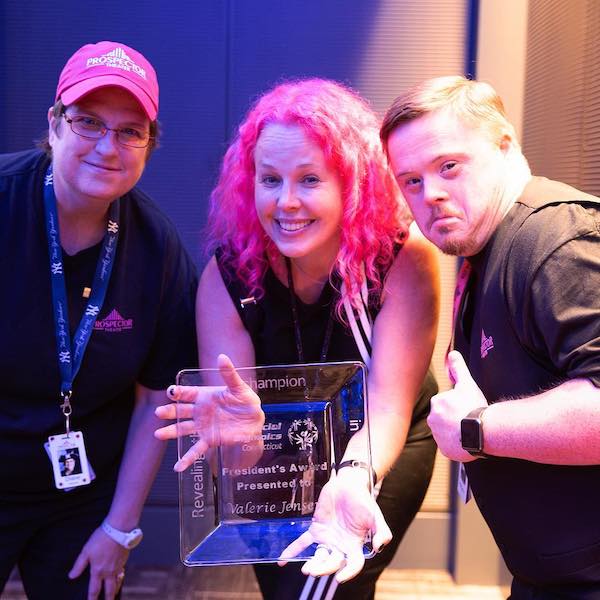 The U.S. premiere of Tom Martin’s Kinetics, which follows the unlikely friendship between an exceptionally bright but bored student who finds release in parkour (free running) and a middle-aged teacher with early onset Parkinson’s. 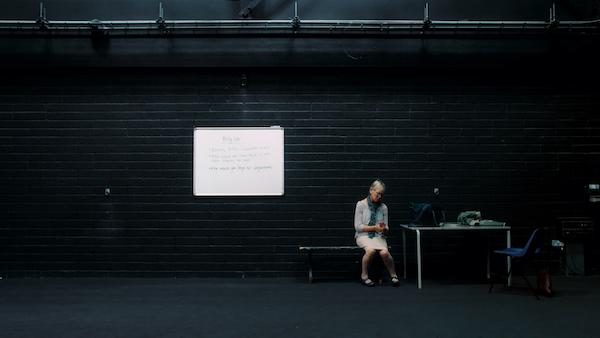 In addition, on March 26th, ReelAbilities is proud to host a festival preview screening of Jim LeBrecht and Nicole Newnham’s powerful documentary film Crip Camp. Winner of the Audience Award at this year’s Sundance Film Festival, the film, which is part of Barack and Michelle Obama’ Netflix slate, shows that seeing how the world could be can bring about real change. Steeped in the humor and music of the 1960s, “Crip Camp” explores the universal experience of summer camp awakenings that would transform lives and shape the future of the disability rights movement.

In addition to film screenings, ReelAbilities also presents special collaborative programs such as art exhibits, performances, live music, comedy shows, workshops, panel discussions, and much more, creating a weeklong celebration of culture to be announced at a later date.

Reflections of Nature, NYC and More: “The Butterfly Bruises”