A small new development condo at 134 West 83rd Street has recently come online. There are six apartments in total, and two are currently listed. The modern building sits on a side street mostly filled with townhouses (134 West 83rd Street was once a brownstone).

Permits were first filed to create the new condo in 2014, New York YIMBY had reported at the time. A boarded up building at 132 West 83rd, in addition to the brownstone which once existed at 134 West 83rd, got demolished so that the new structure could rise. 134 West 83rd Street had been purchased by the developer earlier that year for $9.7 million.

Construction topped out in 2017, CityRealty first reported, after much conflict with zoning regulations and anti-development forces.

The new building is seven stories tall and was designed by DHD Architecture. The developer is Einhorn Development Group and The Corcoran Group is handling the marketing and sales. 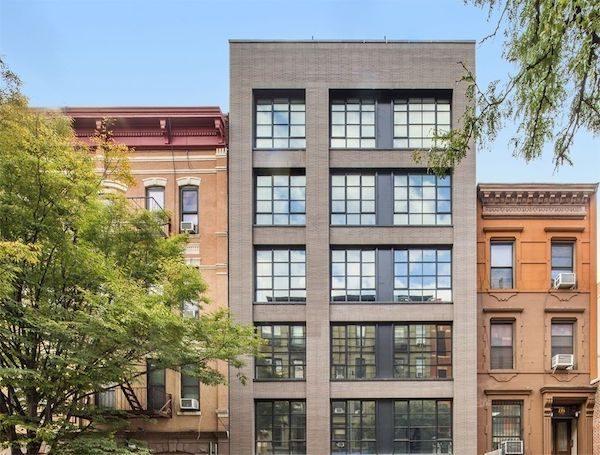 Each measure 2,066 square feet and have nine rooms, 4 beds and 3.5 baths. Both apartments (and all apartments in the building) have private outdoor space. 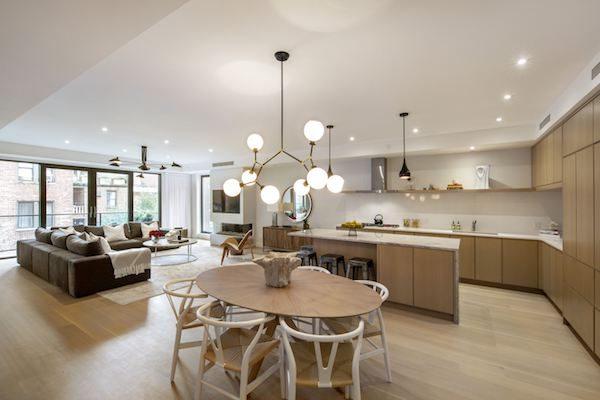 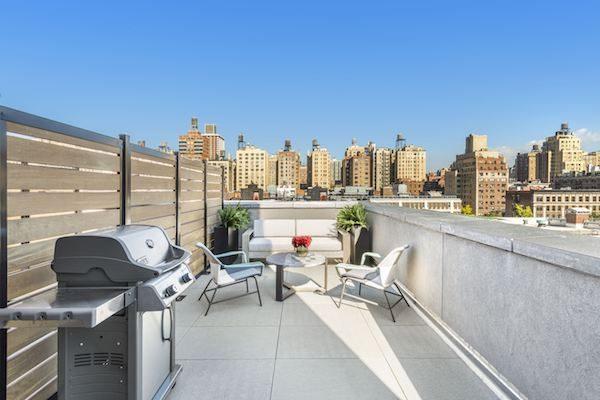 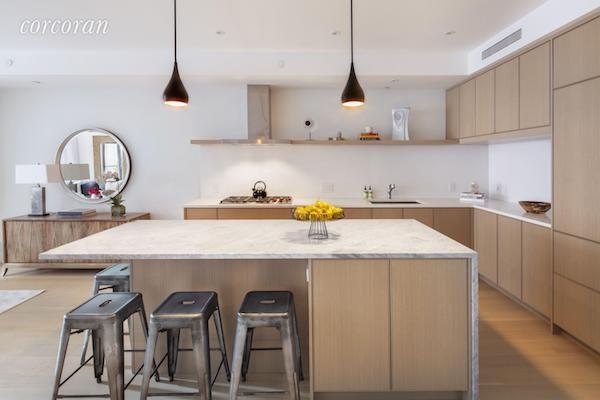 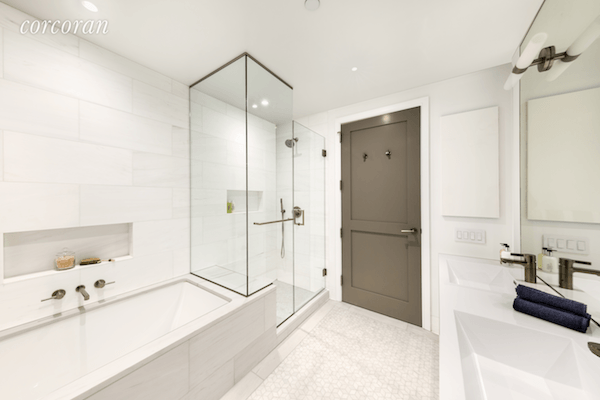 To be listed soon

Apartments 3 and 5 (also floor-throughs, which I would expect to be pretty identical to those listed above), in addition to a ground floor duplex “townhouse” and a top floor penthouse duplex.

The ground level duplex comes with a private garden, 3 bedrooms, a fourth multi-purpose room, and 4 baths.

The top floor duplex penthouse (not yet listed) will have 4 bedrooms, 4.5 baths, a private roof deck and two kitchens.

According to the listings on Corcoran’s website, occupancy can be expected to begin in January of 2019.

All photos courtesy of listing agents Nicole Hechter and Masayo Hashimoto of the Corcoran Group.