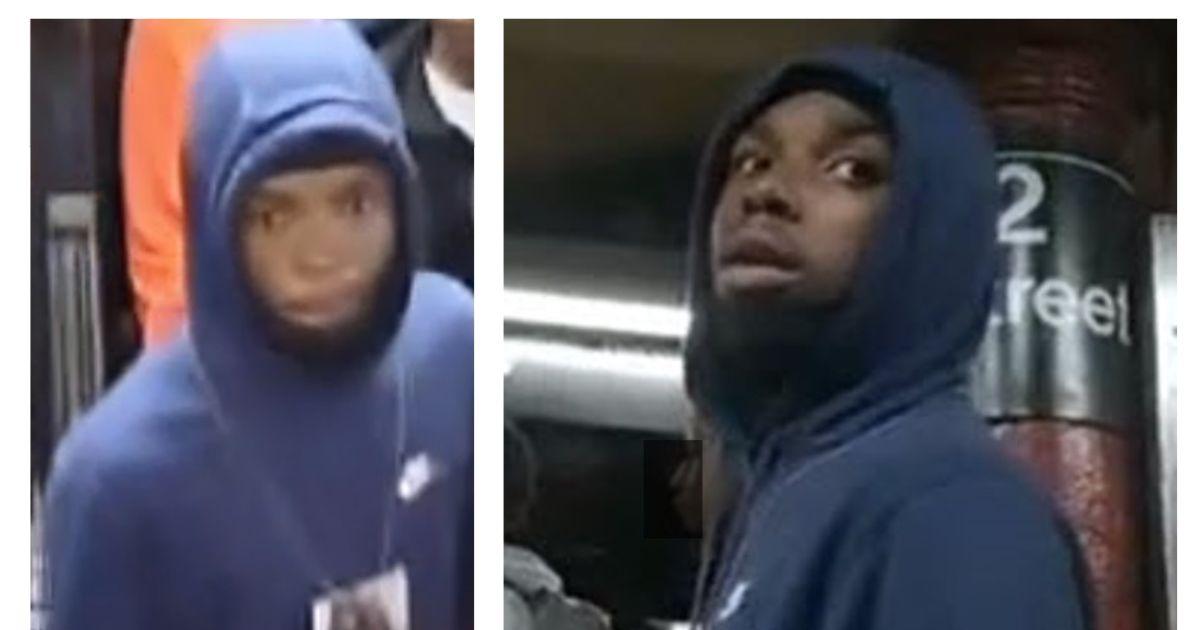 The man pictured above is being sought for a robbery by the NYPD.

The NYPD is asking for the public’s assistance in identifying an individual who is being sought in connection to a robbery committed on the Upper West Side earlier this month.

It took place on October 6 at about 3:30 p.m. inside the subway station on 72nd and Broadway.

When a 15-year-old male was standing on the northbound platform, an unknown individual approached him and punched him the face. The victim fell to the ground and the suspect began punching and kicking him in the face and body.

The suspect – who police describe as “a male approximately in his late teens with a dark complexion and a thin build” who was “last seen wearing a blue hooded sweatshirt” – then forcibly removed the victim’s iPhone 11.

The suspect then hopped on an uptown 1 train and was last seen exiting at the West 137th Street stop.

The 15-year-old sustained minor injuries to his face and was transported by EMS to Cornell Hospital.

Surveillance photos of the suspect were captured at both the 72nd and 137th Street stations. 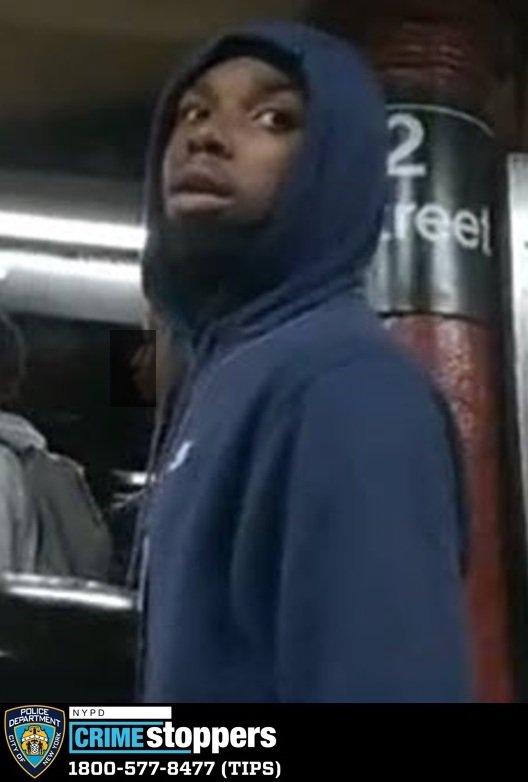 Anyone with information about this individual is asked to call the NYPD’s Crime Stoppers Hotline at 1-800-577-TIPS (8477) or for Spanish, 1-888-57-PISTA (74782). The public can also submit their tips by logging onto the CrimeStoppers website or by sending a direct message to @NYPDTips on Twitter. All calls are strictly confidential.