The facade of 1865 Broadway has finally reached the top of the 33 story tower. AvalonBay Communities originally purchased the site from the American Bible Society in 2015 for $300 million.

The building, designed by Skidmore, Owings, & Merrill and located between 61st and 62nd Streets, will have 34,000 square feet of retail space (we’ve now learned it will be occupied by Target), with two stories above ground and two below. The building is 416 feet tall.

There will be 160 apartments averaging 1,500 square feet, which will apparently be a mix of both rentals and condos. 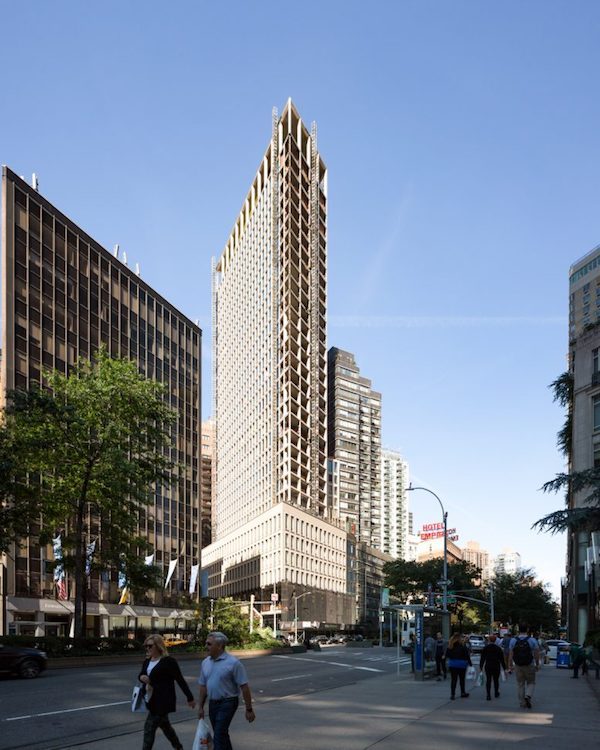 According to New York YIMBY, construction is expected to be complete and people will be able to move in next year.