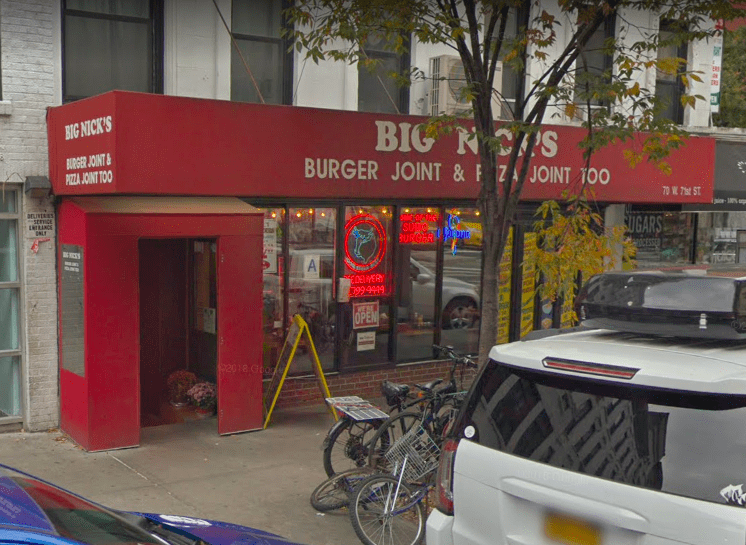 Two Upper West Side pizzerias have recently found themselves in legal trouble, one over unpaid wages, the other over unpaid rent.

The jury trial settled a September 2016 lawsuit wherein the owners of the pizzeria “forced employees to work, at times, six days and more than 80 hours a week without overtime pay. The complaint alleged employees were paid a flat salary that at times equaled just $5.83 an hour, well under the city’s minimum wage. The verdict awards employees back pay, damages and attorney’s fees.”

One former Big Nick’s employee who spoke to ABC 7 was pleased with the verdict and felt vindicated. He also told the news outlet that he had no choice but to work without proper pay due to financial obligations and was pressured by his bosses not to sue.

“Every day, he coming every day,” the former employee told ABC 7. “He pressure me to sign the papers. So no more pressure. When my lawyer say, ‘I win,’ oh, I was so happy. These guys too, they’re happy for another chapter.”

Even though the employees won this round, Big Nick’s can file an appeal, so it may take some time for them to receive the money they’re owed. 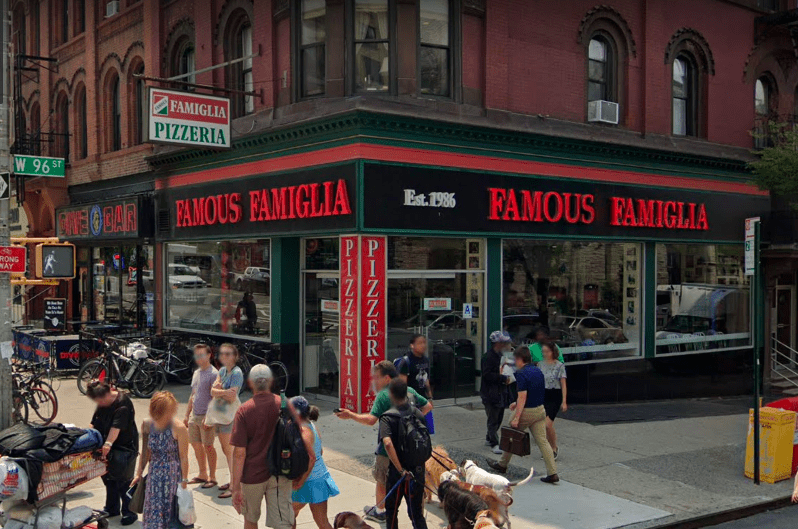 Famous Famiglia’s landlord filed a lawsuit against the pizzeria on July 13, claiming it has failed to honor the terms of its current eight-year lease extension which was entered into in May 2020. The landlord is seeking $51,905.51 in alleged unpaid rent for its location at 734 Amsterdam Ave at 96th Street, and another $7,500 more in legal fees, Patch first reported.

“The lawsuit does not specify when Famiglia allegedly stopped paying rent, but does say the minimum monthly rent is $24,039.99, or about half of what [Famous Famiglia’s] landlord says he is owed.”

Paul Kolaj, the owner of Famous Famiglia, spoke to Patch. He acknowledged the challenges his business is facing.

“It is certainly a difficult time for us, and many businesses in today’s economic climate. We, unfortunately, are in a situation in which significantly increased labor and food and supply costs, combined with a very high rent burden for the location, are simply not sustainable.” Kolaj is reportedly hopeful to work out a “reasonable understanding” with the landlord and is committed to do what he can to achieve that outcome.

The Amsterdam Avenue location opened in 1986 — Famous Famiglia’s first. “It is about the very start of an American Dream for my family and me,” Kolaj told Patch. The restaurant also has locations across the globe including in Canada, Ecuador, Kosovo, and Mexico. U.S. locations include ten in New York (with one on 111th and Broadway) as well as New Jersey, Pennsylvania, Ohio, California, Wisconsin, Georgia, Tennessee, Massachusetts, Rhode Island, Florida, Virginia, and Texas.