Sales have launched at 200 Amsterdam Avenue, Curbed first reported. SJP Properties and Mitsui Fudosan America, the developers behind the controversial tower, built to the top about a month ago, making it the tallest building in the neighborhood (at 58 stories and 668 feet). 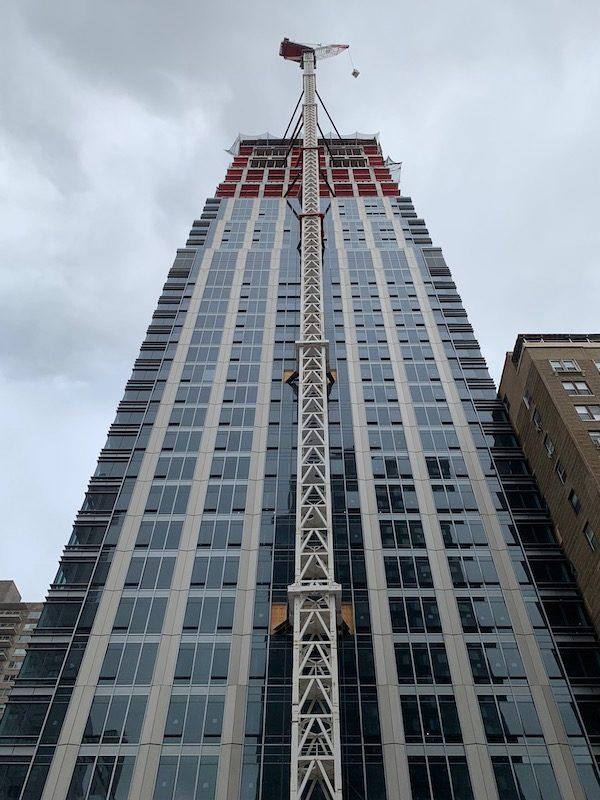 The new condo is expected to be complete in 2020. Apartments range from one to five bedrooms, which will include two $40 million penthouse duplexes.

Once complete, the building will have three floors of amenities. These will include a 75 foot saltwater pool, spa, private club room, and a “Little Composers Room” for children.

The architect behind 200 Amsterdam Avenue is Elkus Manfredi. CetraRuddy has been hired to design the new Upper West Side apartment interiors.

The developers of 200 Amsterdam Avenue have faced steady opposition since the beginning. The main argument from opponents has been that air rights were purchased from neighboring properties, giving the developers the ability to build much higher than they’d otherwise be able to. But the most recent lawsuit, and all of the previous ones, haven’t slowed down construction.

As of now, 200 Amsterdam is the tallest building in the neighborhood.

But if the developers behind 50 West 66th Street (Extell) have their way, their new development will rise to 775 feet, becoming the new tallest building. For several years, opponents have been challenging Extell for their plans to build so high. The basis of this opposition has been a 150 foot mechanical void they’ve been planning to construct. This non-residential space would serve the purpose of offering buyers better views from higher floor apartments. Which would, of course, yield higher price tags. Opponents did get some good news in January, when the city revoked their permit. But as of early June, construction seemed to be moving along.