A 26 room French Renaissance Revival mansion is on the market for $25 million. Located at 3 Riverside Drive, the 35 foot wide landmarked Kleeberg Residence is over 18,000 square feet (h/t nypost.com).

Gilbert’s hands can also be thanked for many Manhattan Valley townhouses found along 105th and 106th Streets on Manhattan Avenue (pictured below), as well as a number of east side projects on and near Fifth and Madison Avenues.

A post shared by iLovetheUpperWestSide.com (@ilovetheupperwestside) on Oct 16, 2017 at 3:18pm PDT

3 Riverside Drive has been undergoing an extensive renovation, but there are approved plans for some serious upgrades (with the design to be lead by Italian architect Achille Salvagni). The house has direct views of Riverside Park and the Hudson River and tons of natural sunlight.

There are approved plans for the final product to come with the following:

The master suite is 2,200 square feet and has two bathrooms and a 1,000 square foot two-story closet. 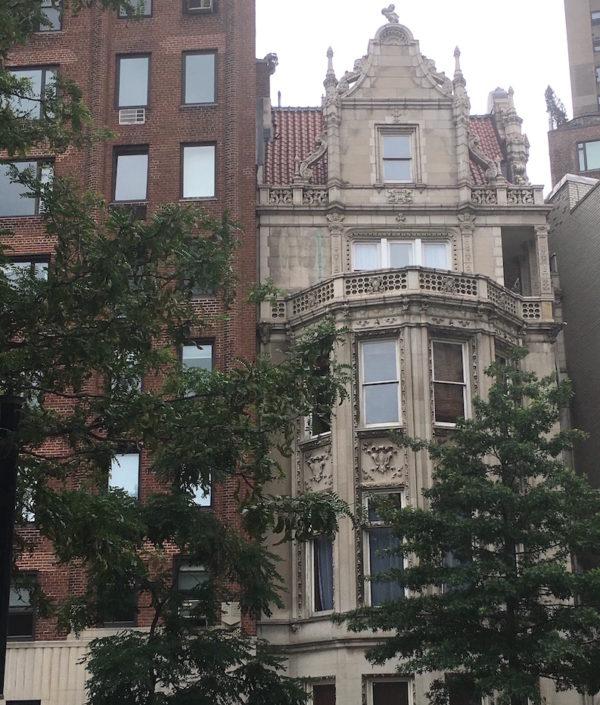 In 2017, the property was purchased at an auction for $18.5 million; it was previously on the market in 2012 for a whopping $40 million. Before that, the building was owned by Regina Kislin, a broker, developer and daughter of a metals trader, who bought it for less than $10 million in 1995, the Post reports.

Here’s a look at the listing.

Manhattan Miami Real Estate: Boutique UWS Firm Can Help You in Both Cities!