On Friday afternoon, one of our readers contacted us to inform us that she spotted four pigeons in a building which is under construction. The address of the sighting was 667 Columbus Avenue, between 92nd and 93rd Streets; this is the retail section of 70 West 93rd Street, which has been mid-renovation for quite some time. 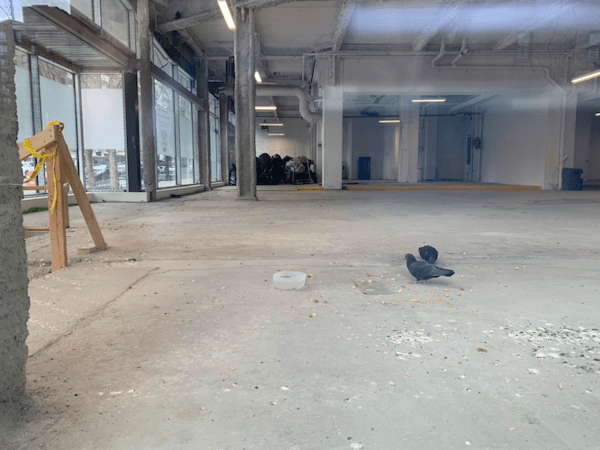 Our tipster told us that she and others have called the agents representing the building, but with no real luck of finding a solution. 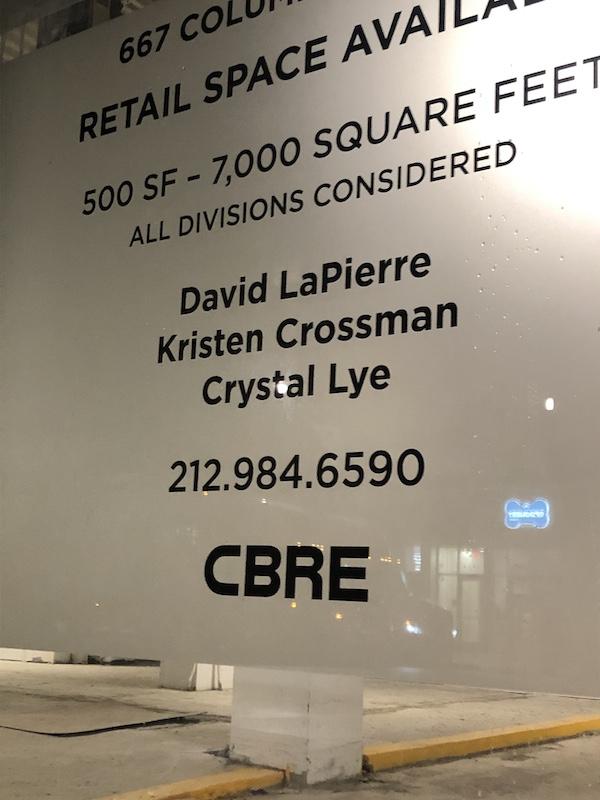 We contacted Wild Bird Fund to see if they had any information about this. The person we spoke with told us they’ve made several calls to the real estate agents, but they haven’t yet responded. A Wild Bird Fund staff member also went to the building, and told us that someone was giving them food and water so they wouldn’t starve.

The non-profit group suggested someone open the door and put food outside to lead the pigeons out. Apparently, the pigeons left, but later returned to the building.

We don’t know if they’re still there or not, but feel free to contact us if you know anything!