Home
Community
5 Most Anticipated Openings of 2021

As bad as 2020 may have been, the Upper West Side has some things to look forward to. But given the uncertainty of the moment, we should preface this list by saying we hope all of these places open in 2021!

Opening at 508 Columbus Avenue, between 84th and 85th Streets

The announcement of the downtown gem’s uptown expansion was a great source of excitement … for us, and for you.

The space they’ll be taking was most recently occupied by Pasta Franco, which closed in June 2020 (having just opened during the fall of 2019).

Mamoun’s has been a downtown fixture since 1971, making it NYC’s oldest falafel spot. They’ve got locations in both the East Village and Greenwich Village.

In addition to Mamoun’s famous falafel, the eatery offers kebabs, shawarmas and shish kebobs – wrapped in pitas and as plates. Plus sides like baba ghanoush, tabouli, pita chips, grape leaves and more. And you’ll find some gluten-free and vegan options on the menu.

Opening at 725 Amsterdam Avenue, between 95th and 96th Streets

PlantShed will be opening its second cafe & retail space! The other cafe-store hybrid is located at 555 Columbus Ave, at the corner of 87th Street, and the original PlantShed is at 209 West 96th Street.

Signs for the upcoming location say a coffee bar will feature cold brew on tap, iced matcha lattes, espresso drinks and locally made pastries, and they plan to offer outdoor seating as well.

Opening at 368 Columbus Avenue, between 77th and 78th Streets

While Cafe Frida’s closing was a hard one to swallow, we’re happy its replacement will come from the same people. Owner Cristina Castañeda (who also owns El Mitote and Ella Social) says La Covacha will be “sort of like Cafe Frida’s granddaughter, same lineage, she will stick to honest food and deep authentic Mexican flavors, but local sourced, heirloom corn masa, boutique brands of Tequila and Mezcal, and focusing on very authentic street-food, very relaxed!”

After a very long wait, the Columbus Circle Target location opened its doors, making it onto our list of 2020’s biggest openings.

In June 2020, it was announced that they’d be opening yet another UWS store – this one at the Columbus Square complex for residents further north.

Given the wait time on Target # 1, we’re including this with a “don’t hold your breath” disclosure.

Opening at 475 West 61st Street, between Freedom Place and Riverside Boulevard [at the Waterline Square complex]

This one’s gotten delayed quite a bit, but we’ve gotten word that it will open in 2021 (though there’s no exact date yet). The upcoming 28,000 square foot space will include multiple specialty counters including a coffee bar, a gelato and pastry shop and a pizza bar, a full service restaurant open 7 days a week, produce stands and more.

Empellón Taqueria – a Mexican restaurant which in 2019 leased a space at Waterline Square – is also expected to open next year. 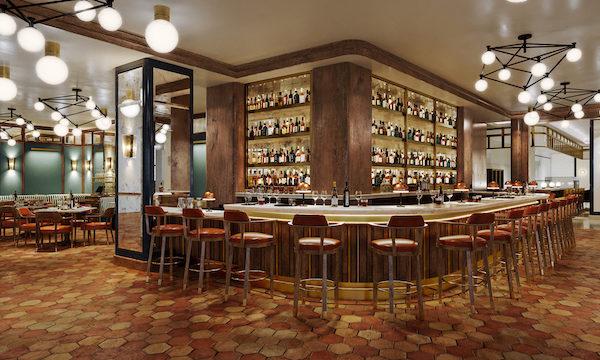