The 55th edition of the New York Film Festival returns this fall to Lincoln Center. The much anticipated festival will be introducing audiences to the best national and international cinema of the year. Read on for a guide on the movies that will have everyone talking this coming awards season!


The 55th New York Film Festival will take place from September 28th to October 15th. The five films included in this overview will be presented at Lincoln Center’s Alice Tully Hall Theater (we’ve included a link to the full schedule at the end of this post!). Alice Tully Hall is located on 1941 Broadway between 65th and 66th streets. The films are selected by the Film Society of Lincoln Center. Some of the films will be making their North American and also Worldwide premieres at the festival. This year’s edition also includes a program called “Convergence”. The innovative program is all about experiencing cinema in a new way through the use of virtual reality and interactive technologies. 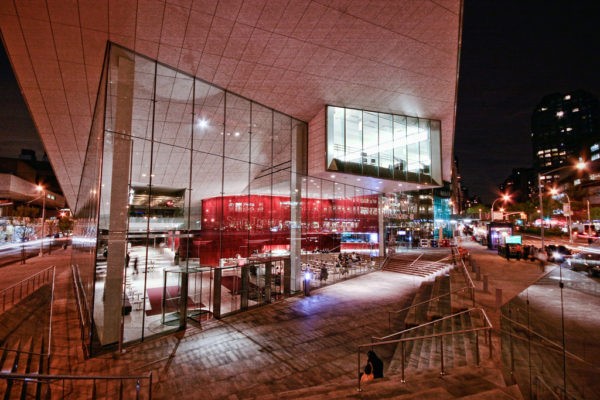 Last Flag Flying is the latest film from renowned director Richard Linklater. He’s best known for the Before trilogy and Boyhood, which was nominated for the Oscars Best Picture Award in 2014. His new offering stars Steve Carrell, Bryan Cranston, and Laurence Fishburne as three middle-aged Navy vets. The film focuses on the reunion of three friends who fought together during the Vietnam War. The funeral of one of their children brings them back together as they embark on a life-changing trip to Arlington National Cemetery. Emotions run high in this dramady that’s funny and heartbreaking in equal measures.

After enjoying massive success with his 2015 hit indie film Tangerine, Sean Baker is back with “The Florida Project.” Set in the ever colorful city of Orlando, the film follows a 6-year-old girl and her two best friends as they roam around a motel on the edge of Disney World. The film also explores the relationship the children have with the dysfunctional adults living around them. It also offers an eye-opening glimpse into the nation’s growing homeless population. “The Florida Project” is original, visually striking and deeply moving. This is another one of the films you won’t want to miss at this year’s festival.

Call Me by Your Name

Call Me by Your Name, inspired by the novel of the same name, is set on the coast of northern Italy during the 1980’s. The film tells the story of an American grad student spending the summer abroad at an academic family’s charming villa. However, his stay takes a turn for the unexpected when he starts falling for Elio, the family’s youngest disciple. Artie Hammer and Timothe Chalamett bring to life this tale of romance, love, and passion. Luca Guadagnino’s follow-up to 2015’s A Bigger Splash is a moving masterpiece that’s inspiring and full of wisdom.

Woody Allen’s latest film, Wonder Wheel, stars Kate Winslet, Justin Timberlake, Juno Temple, and James Belushi.  The internationally acclaimed director goes back to his roots in this drama about a family living in 1950’s New York. The story revolves around the life of a couple who make a living by running a carousel in Coney Island. Their seemingly tranquil existence gets turned upside down after the appearance of an estranged family member. The film is also in charge of closing this year’s festival. It offers an intriguing look into the human psyche in a way only Woody Allen knows how to do. Don’t miss your chance to catch the world premiere of what is sure to also be one of the big contenders for the coming awards season!

Wonderstruck tells the magical story of a young boy living in the Midwest during the 1970’s. It also tells the story of a young girl living in New York City during the 1920’s. The film goes back and forth in time between the two main protagonists in a fantastical tale that blends mystery with history. The plot is an adaptation from a beloved children’s book by Brian Selznick. Selznick is also the same author behind “The Invention of Hugo Cabret.” Todd Haynes is back in action after 2015’s Carol with the intention of awakening the inner child in all of us. The film has also been chosen as the Centerpiece Selection for this year’s festival. It also stars Julianne Moore and Michelle Williams’ as the children’s loving mothers.

Official Site with Full Line Up

Upper West Side Easter Activities for Children in 2013