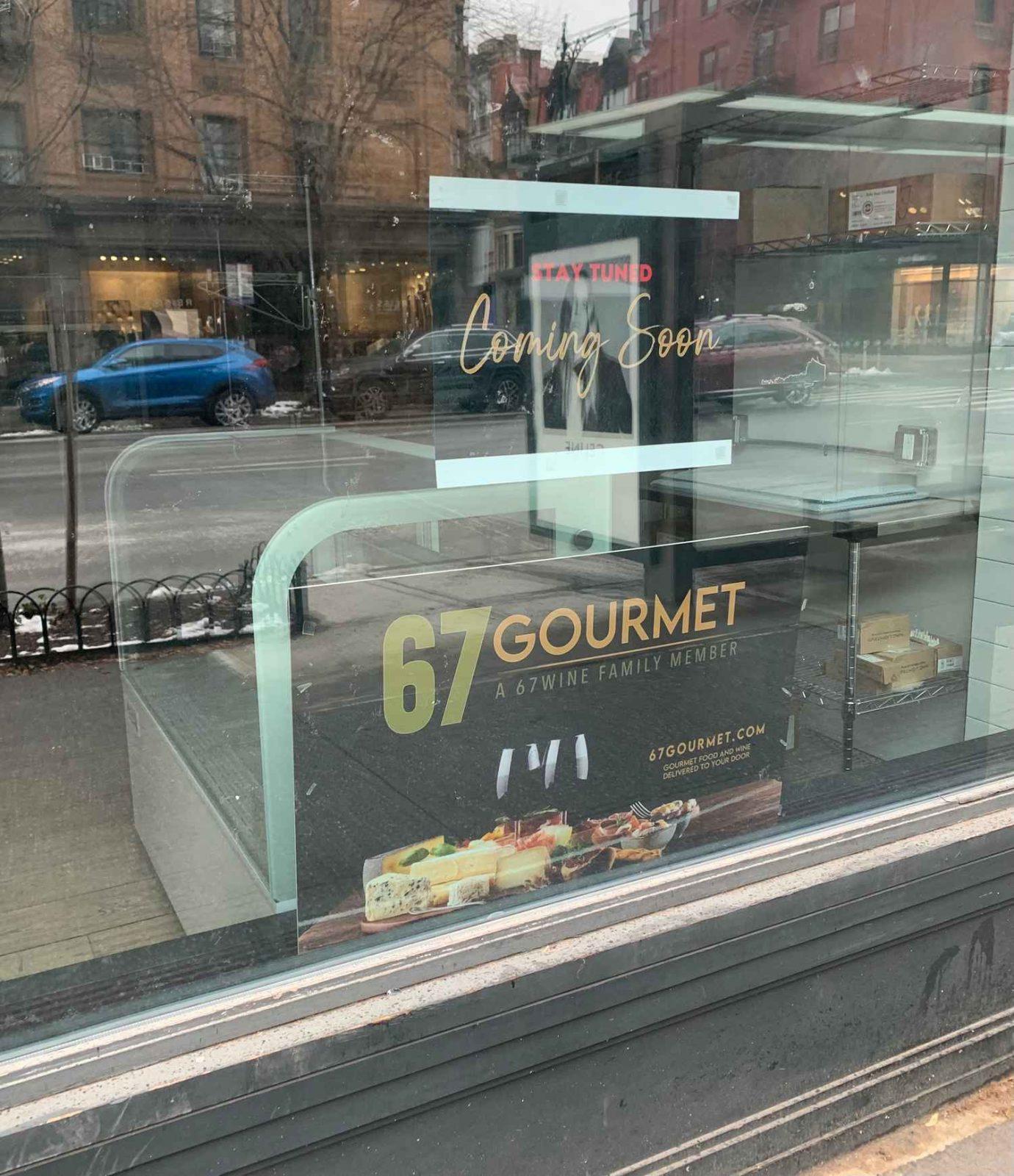 67Wine, a family business that’s been running since 1941, is bringing something new to the neighborhood. Last week we found a sign posted in the window of 194 Columbus Avenue (between 68th and 69th streets) indicating a 67Gourmet will soon gracing be our presence as well. (The wine shop is located at 179 Columbus Ave at 68th Street).

Things appear to be moving quickly for the move in. On Monday we noticed multiple refrigerators and display cases being set up inside. The owners have also launched a new website, 67Gourmet.com, which features the forthcoming shop’s food, wines, and spirits.

Know your cheese? A GoodFoodJobs.com posting from January 9 shows 67Gourmet is looking for a cheesemonger. The job description details, “We are selling artisan cheeses in pre-packed forms (think Mini Harbison or Mini Kunik),” before linking to a 2013 New York Times article about Martin Johnson and his experience managing the cheese and charcuterie at the former Gastronomie 491. It would appear from the posting that the cheesemonger will be working directly with Johnson. The part time position offers “$20 an hour +” according to the listing, and probably a lot of tasty cheese.

It appears we have the makings of a quality one-stop shop with the cornerstones of a nice dinner party spread. Plus a vast drink selection to boot.

An official store opening hasn’t been announced but the site looks ready to take orders.

The Return of “The Cottage Restaurant” Seeming More Likely

Best Guac on the Upper West Side