A recent story from David Margolick of The New York Times fits into the discussion of the changing UWS landscape way too perfectly.

Let’s start at the beginning:

Upper West Side landlord Phil Widlanski sold two of his brownstones on 69th Street. 48 and 50 West 69th Street were acquired by a mysterious couple of tremendous wealth. They spent a combined $24.5 million to begin creating their Upper West Side super home.

Just last summer, the two brownstones were demolished. Since then, the noise, fumes, vibrations and traffic have been driving block residents mad.

Nearby plants have been destroyed and pesticides have been sprinkled in front of neighboring buildings. Some people have moved as a result of the chaos.

Construction of the mega mansion was supposed to be finished by now, but the estimated date of completion keeps getting pushed forward (now it’s spring of 2020, as shown below). 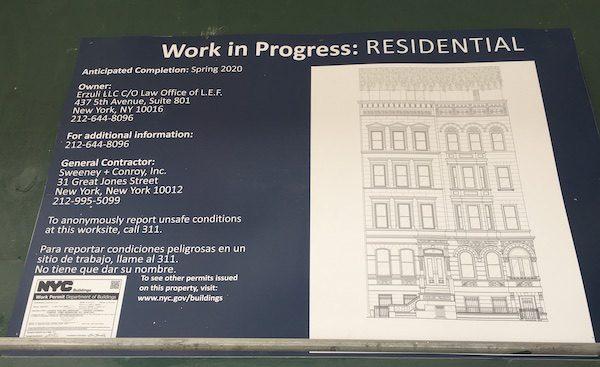 And it’s all for the sake of a couple and their mansion.

The drilling has reached almost 38 feet underground. The article speculates this depth could be for the 600 square foot marble pool they have plans for.

The completed property will also include an underground theater and recording studio, jacuzzi and sauna, to name just a few of the below-ground extras.

After much investigation into who the people behind this project are, the couple was recently revealed:

Malou Beauvoir, a Haitian-American jazz singer, and her husband Pierre Bastid, a multifaceted business exec who also happens to be a Julliard trustee.

Ironically, and annoyingly, Ms. Beauvoir once remarked on a jazz podcast:

We believe that all things around us have a soul, have a spirit, and participate in this world, so the tree, the wind, the air, wood, stones, animals, people — all of us share this earth, and what’s difficult is when things get knocked out of balance because man believes he’s above everything else and refuses to respect the environment around him.

On March 1st, neighbors sent a letter to the couple, pleading with them to help keep the block habitable. 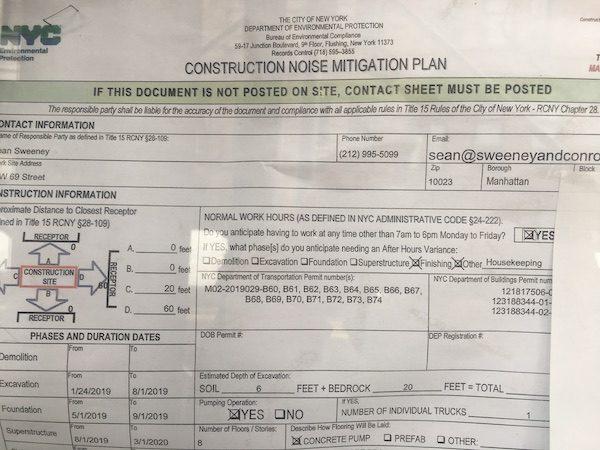