At about 2:25 p.m. on Tuesday, August 30, police say an 81-year-old male pedestrian was struck by a car while crossing 67th and Broadway. The incident occurred on the west side of the street.

The driver, a 31-year-old male, was trying to make a left when he struck the victim, police say.

The 81-year-old suffered minor head trauma and was taken to Mount Sinai West in stable condition.

Video shared on Citizen App shows NYPD, FDNY and EMS responding to the scene while southbound traffic was blocked off.

The video also shows the man lying in the street and, towards the end of the recording, moving his arms around. 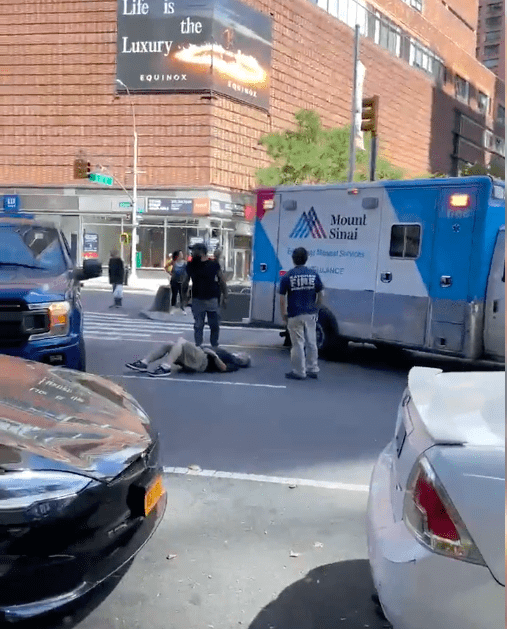 According to NYC Crash Mapper, there have been 61 pedestrians injured from car accidents on the Upper West Side so far this year, and 1 pedestrian killed. In 2021, there were 5 pedestrians killed and 92 injured.

Citywide, there have been 72 pedestrians killed and 5,341 injured so far this year, while all of 2021 saw 127 pedestrian deaths and 8,172 pedestrian injuries.