Home
Community
A Doorman with a Good Attitude

Clifford Laurent is a doorman at an Upper West Side building in the West 70s off Columbus Avenue. He always appears to be positive and upbeat, without a problem in sight. How is this possible? “Of course, I have concerns and problems like everyone else,” says Clifford, “but when I was growing up my mother told me when you have a job, you always have to smile all the time and be professional.”

Laurent’s mother provided powerful inspiration for her eight children (five sons and three daughters). She and her adult children now live in the Canarsie neighborhood of Brooklyn, apart from one daughter who lives in Canada. One of Clifford’s brothers is an NYC Police Officer. Another owns a tire business and a sister owns an adult daycare facility in Brooklyn.

Clifford was born and grew up in Haiti. His mother, who is now 70, owned and managed a large food manufacturing and distribution company in Port-o-Prince, while also caring for her children as they completed high school. In 1985, Clifford’s father escaped Haiti following the overthrow of dictator Jean-Claude Duvalier, known as “Baby Doc”. Clifford was not in touch for years with his father who recently died of a chronic medical condition. “So my mother was mother and father to us.” 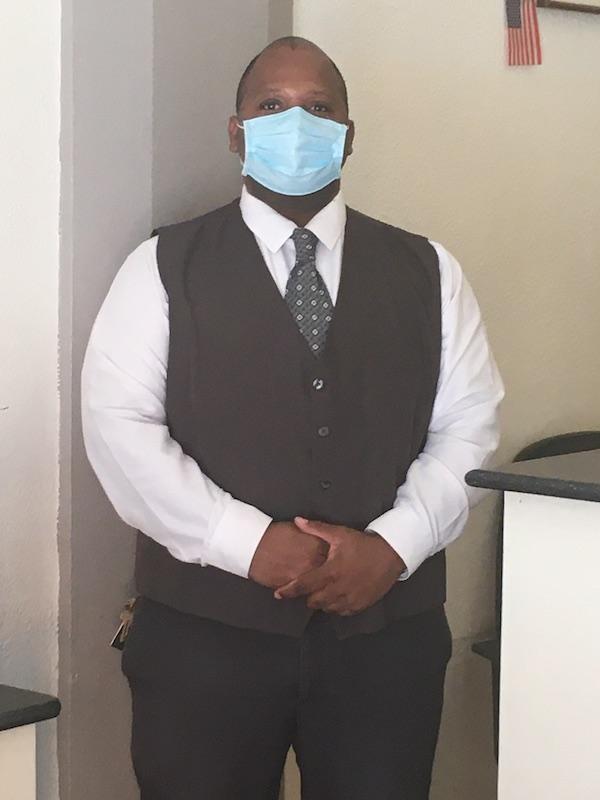 After coming to the US about 15 years ago, Clifford got a job in the mailroom of a corporate building on the East Side. An uncle, who was working at the Pioneer Supermarket on Columbus Avenue and 74th Street, put in a good word for him. He was hired. Impressed with Clifford’s work, the owner of the supermarket, who also owned the building, offered Clifford the doorman position. Since then, he’s been working at the building for 40 hours a week. Always carefully dressed, he takes his responsibilities to heart. Keeping the elevators and lobby clean and ensuring the ongoing cleanliness of the front sidewalk is a matter of pride, so tenants don’t have to see a mess.”

Although he says “I love my job,” Clifford concedes that he’s also looking for other opportunities with the Department of Corrections and Homeland Security.

Clifford is also a volunteer with the NYC Police Department and holds a part-time job as a superintendent of a 9th Avenue building. While working, he’s earned some credits toward a degree in criminal justice at Touro College, and knows he might have to complete some additional coursework to qualify for jobs that seem attractive.

Having to commute every day during the COVID crisis have been somewhat challenging, but typical of his usual approach toward life, Clifford is not one to complain. He finds solutions. One of his brothers lent him his car for his daily commute and the building superintendent provides disposable protective gloves. Clifford has to buy his own masks. Tenants have recently asked him for more assistance. He says he understands their fear of interacting with delivery people and on request, he brings packages and leaves them at their doors.

Necessarily, working at the front door and in the lobby, there’s an added degree of stress and exposure to anyone who enters and leaves the building unmasked.

When Clifford goes on vacation, it’s always to Les Cayes, his hometown in the east of Haiti. “I miss it. I just walk around and say ‘Hi’ to everybody and drink coconut water.”

Get the Upper West Side newsletter:
Related Posts 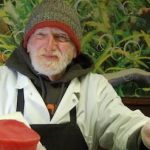 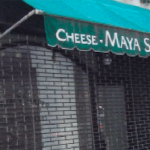 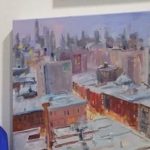 Outside In: Upper West Side Artist Joan Menschenfreund 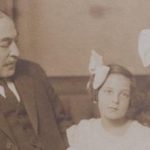 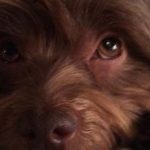 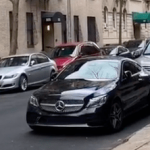