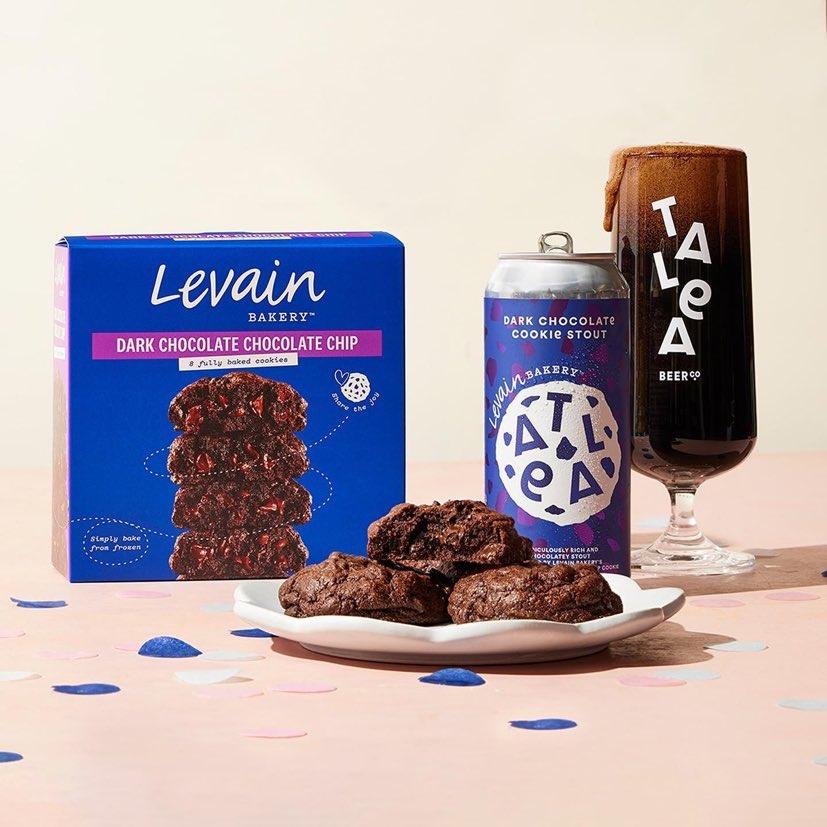 Levain Bakery, the Upper West Side institution famed for its mouth-watering chocolate chip cookies, is collaborating with Brooklyn-based Talea Beer Co. to create a stout beer. Talea says “Dark Chocolate Cookie Stout” is “brewed with fresh-out-of-the-oven cookies and rich dark cocoa from Levain.” The product, says the company, is a “ridiculously rich and chocolatey stout that matches the decadence of Levain’s famous cookies.”

Florence Fabricant reviewed the beer, which just debuted, in the New York Times, saying it “is more bitter than sweet with a mouth-filling richness, and is quite strong at 8.5 percent A.B.V. (alcohol by volume).”

The stout will be sold in four-packs for $18.99 at select Whole Foods stores in the city and greater New York area. It can also be had at Talea’s taproom in Williamsburg, Brooklyn.

Levain has been on an expansion binge of late. The bakery, which began on West 74th Street, started branching out nationwide in 2020, selling its cookies at Whole Foods markets around the country. It also began opening more shops around the city and beyond and is continuing to roll out new stores.

READ MORE: The Scoop on a New Ice Cream Shop

Both Levain and Talea are female-founded companies. Talea’s Tara Hankinson and LeAnn Darland started their craft beer company in 2019, with a focus on creating “approachable” beers, writes VinePair. Levain’s Pam Weekes and Connie McDonald, competitive swimmers and triathletes, opened their first bakery in 1995. They came up with their famous delicacy while looking to create “an ultimate chocolate chip walnut cookie to give them energy while training.”

After an agonizingly long shutdown of 19 months, Levain reopened its original 74th Street location in November 2021.