In late January, Chef Gaurav Anand opened Baazi at 2588 Broadway (at 97th Street), formerly home to Awadh, which he ran at the location since 2014.

“Gaurav’s cooking style has evolved into a unique personal vision that weaves in influences and ingredients from the Mediterranean and South Asia to offer unexpected flavors and lighter dishes,” reads a press statement. You won’t find traditional Indian fare on Baazi’s menu. 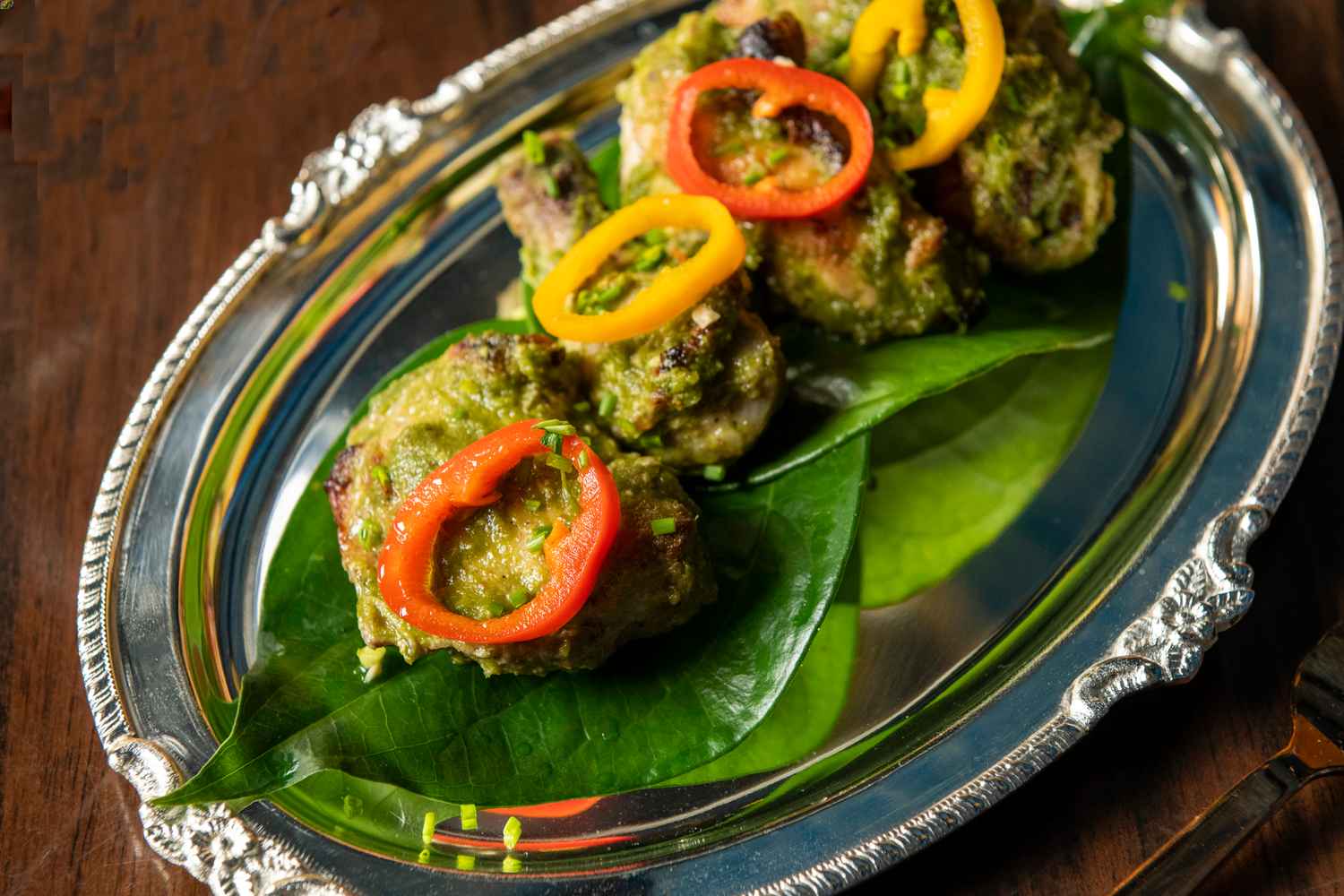 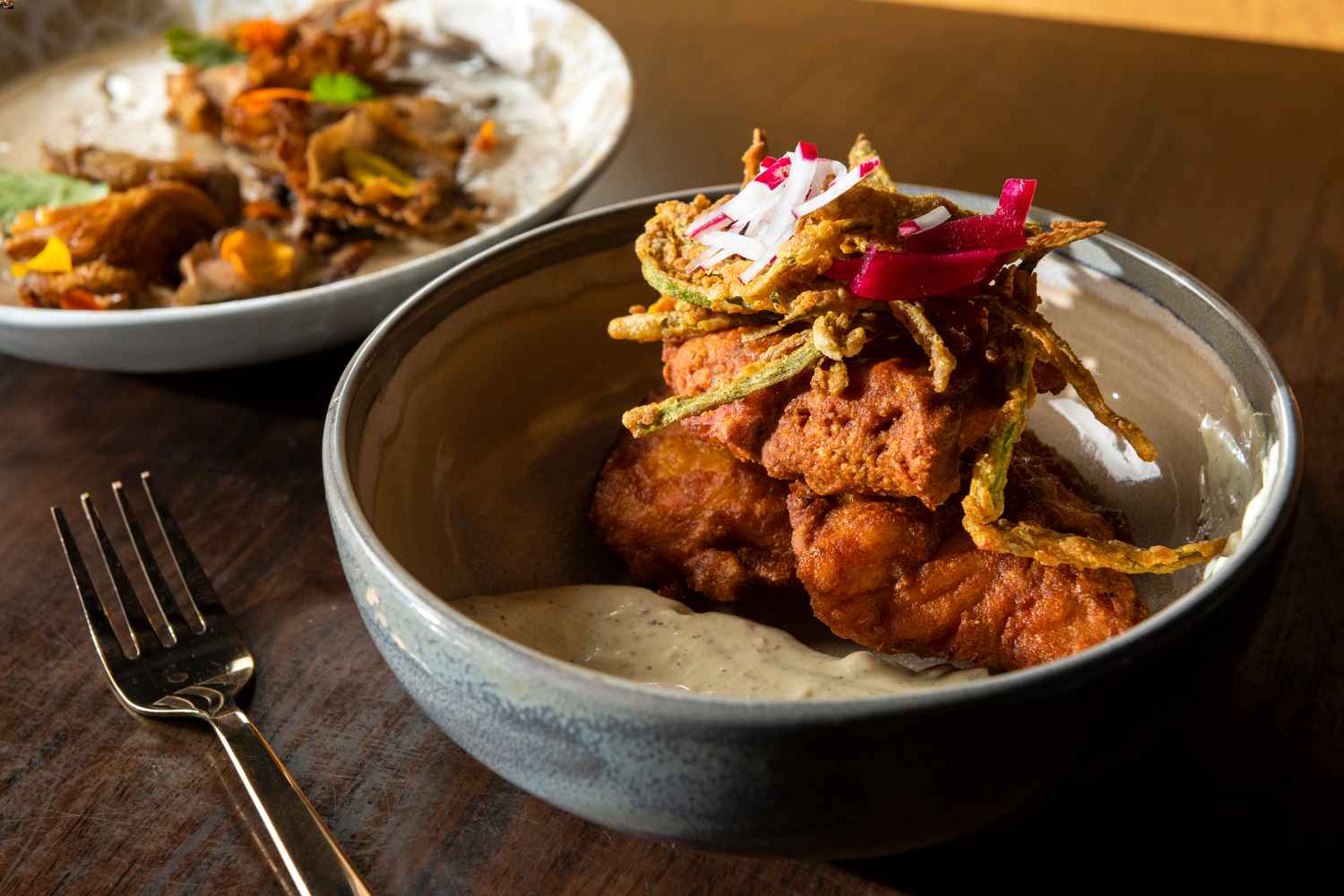 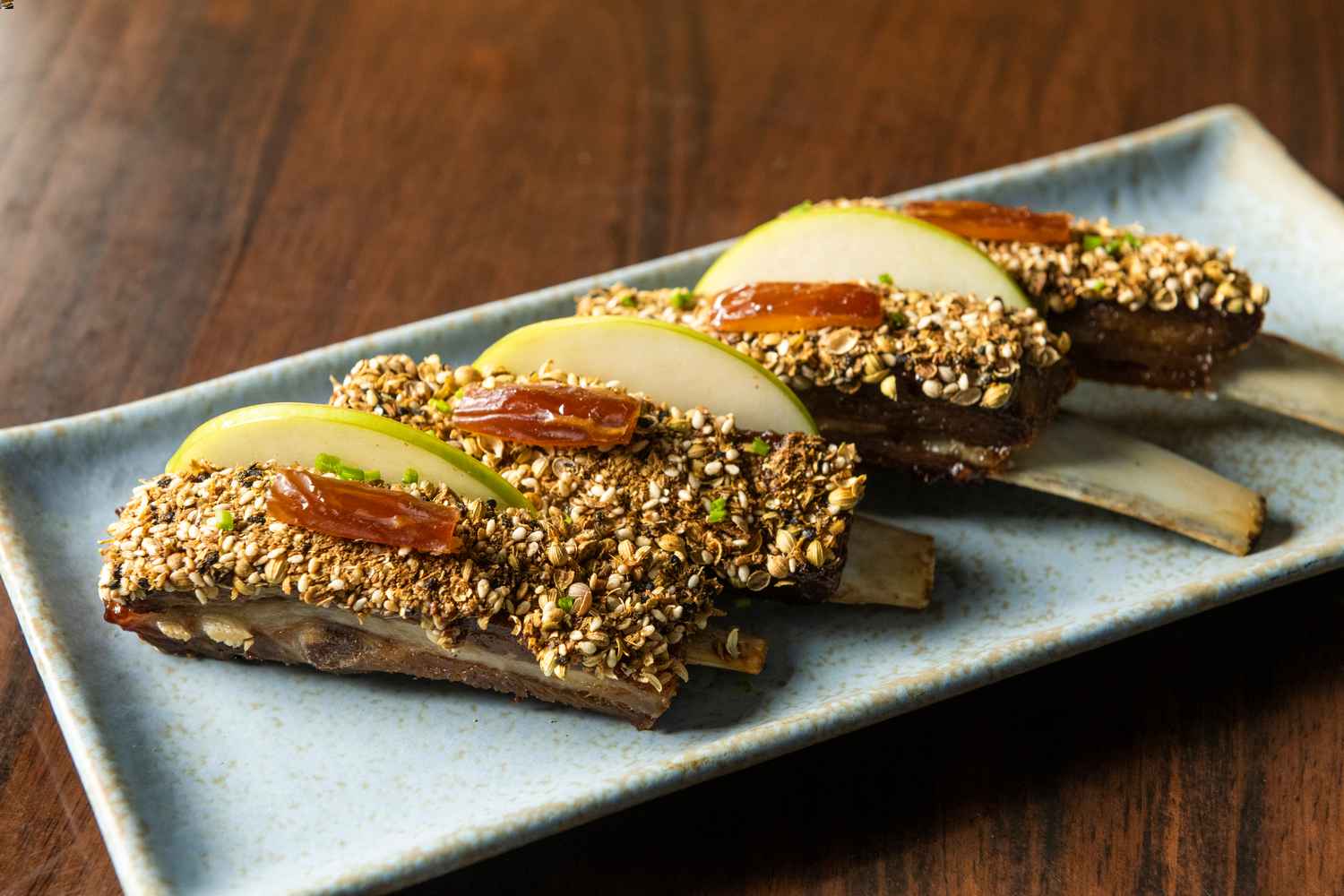 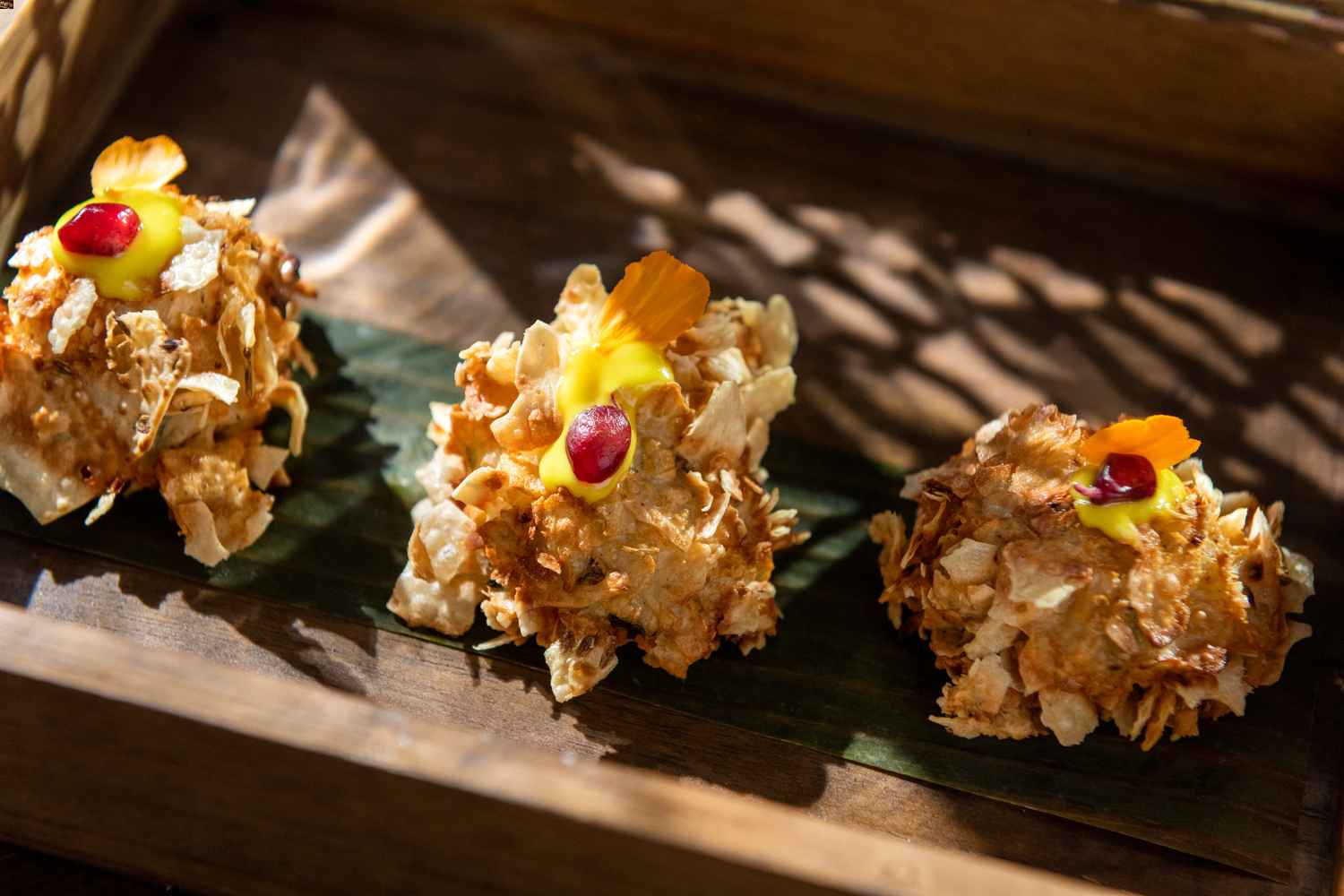 The name Baazi (‘bet’ in Hindu) references Gaurav’s decision to take a chance on a different, more sophisticated concept, despite the challenges of the pandemic, while his other restaurants focus on regional cuisines.

Gaurav Anand arrived in the U.S. more than twelve years ago with a dream of making it in New York. Starting with Bhatti Indian Grill, he built a group of three NYC restaurants including New York Times two-star Moti Mahal Delux and Awadh, as well as restaurants in New Delhi and Goa. He also launched his high-end catering company, working on weddings around the world from Mexico and the Caribbean to Italy and France to Turkey. When the pandemic hit, his events were canceled and he spent the time developing new recipes.

Baazi’s two-level space has been designed to evoke a Mediterranean feel with a vibrant blue and yellow palette, Instagram-worthy flower wall, and a live indoor olive tree. A new heated 24-seat outdoor dining area recalls the feeling of sitting in a café in Morocco or Turkey. There is no delivery or takeout, a first for Gaurav as Baazi is designed to be a restaurant dining experience.

The bar – photo by Evan Sung 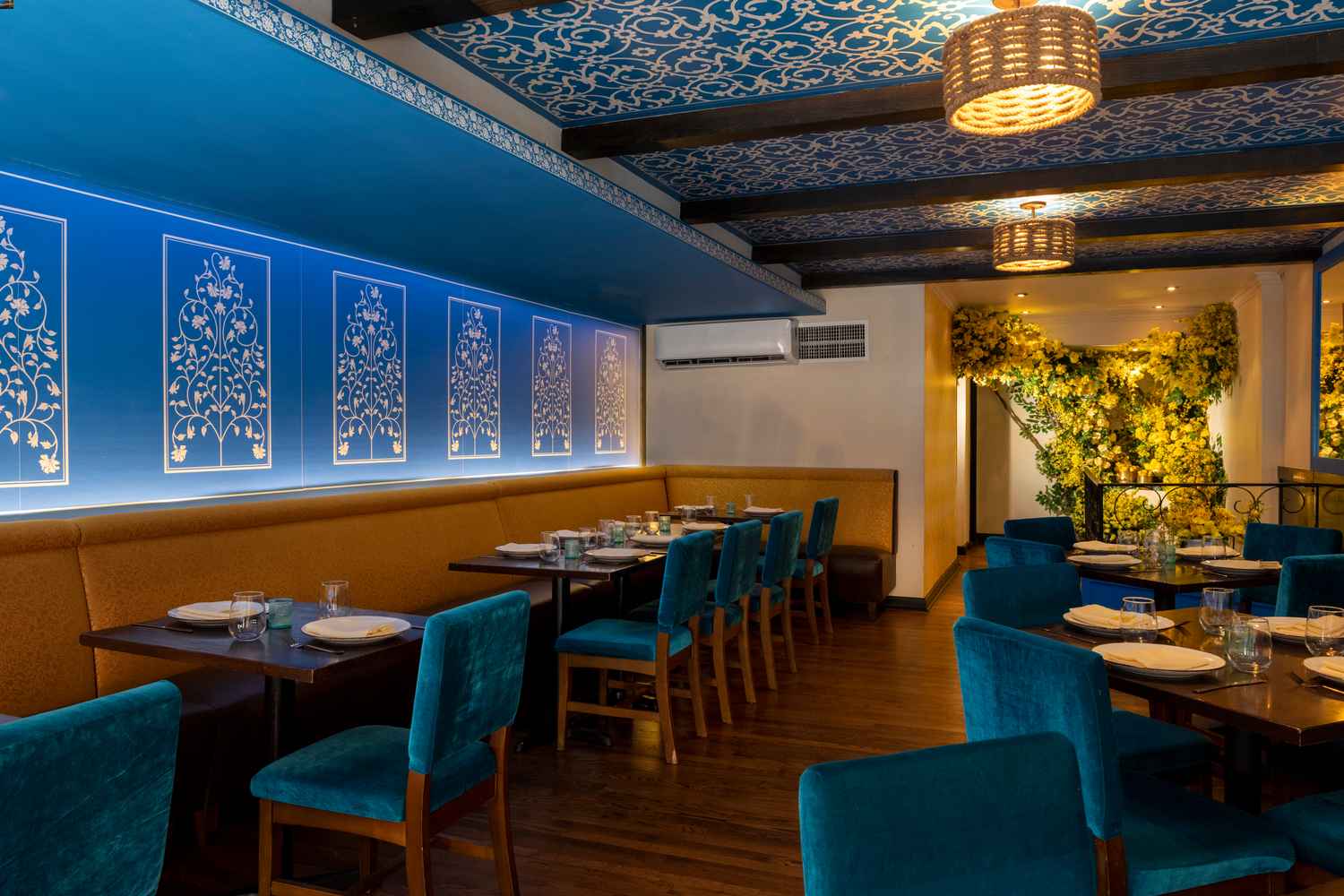 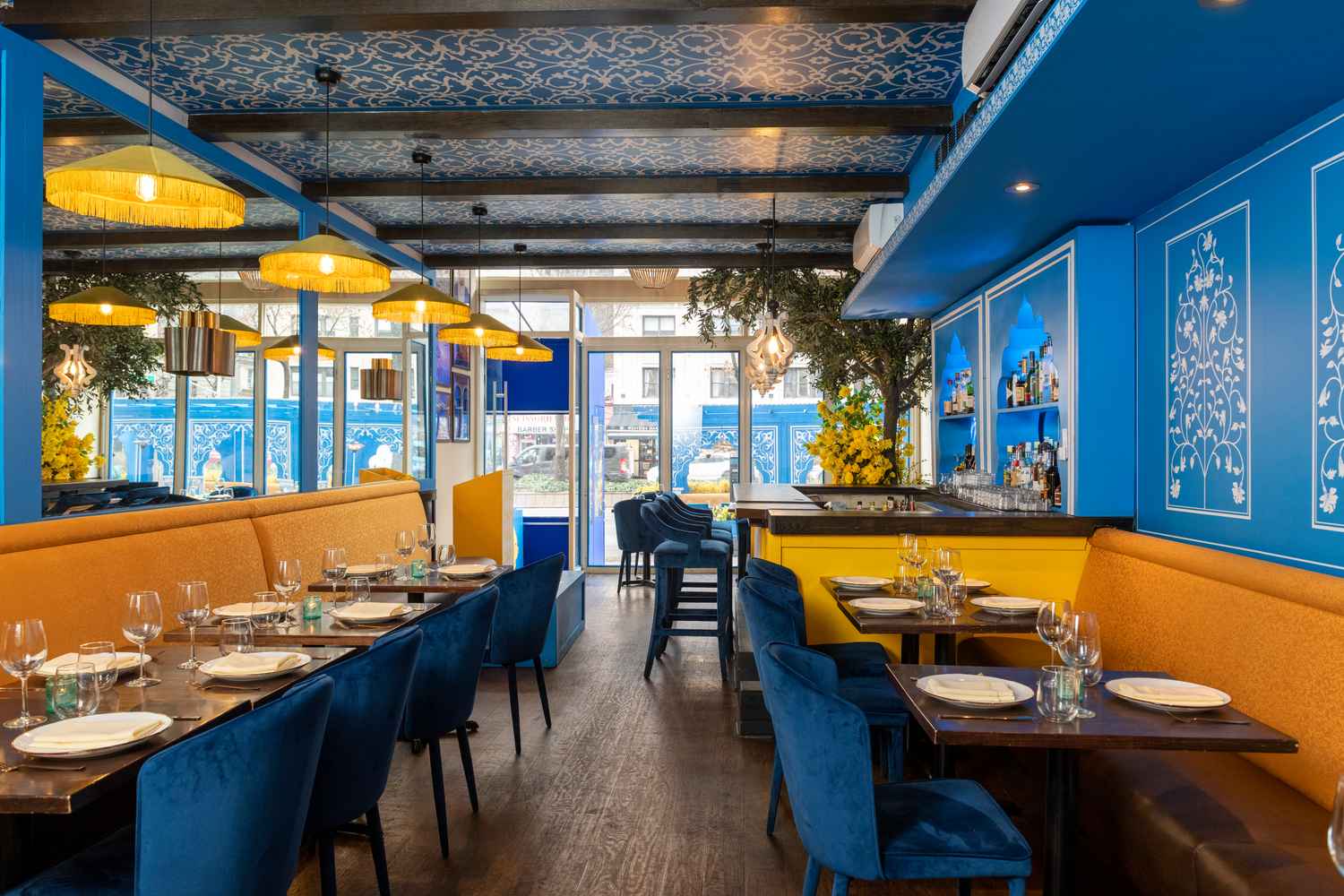 To learn more about the new restaurant, visit baazi.us.