Home
Community
A Mobile Barber Comes to the Upper West Side

Master barber John Rivera has started a mobile barber service out of the back of a truck called The NY Barber, which comes to the Upper West Side two to three days out of the week.


Before striking out on his own, John Rivera worked for sixteen years at brick and mortar barber shops, most recently for six years on the Upper West Side as a Master Barber and regional trainer for The Art of Shaving, before striking out on his own and starting his own business.  He consulted for men’s grooming articles in publications like GQ, Men’s Health, and Forbes, and made appearances along similar lines on The Today Show. Then after layoffs at his most recent job, he decided to start his own business.

As many residents of the Upper West Side (and most of New York City for that matter) may be aware, rental costs, particularly for new small businesses, can be prohibitive.  After looking at rental prices in the areas he wanted to do business, John came up with the idea to refit the back of a large truck with all of the trimmings of a luxury barber shop, avoiding rent costs altogether and giving his business the edge of flexibility and the ability to bring his services to the doorstep of events like weddings, businesses, and even custom calls for small parties.  So, that’s what he did. 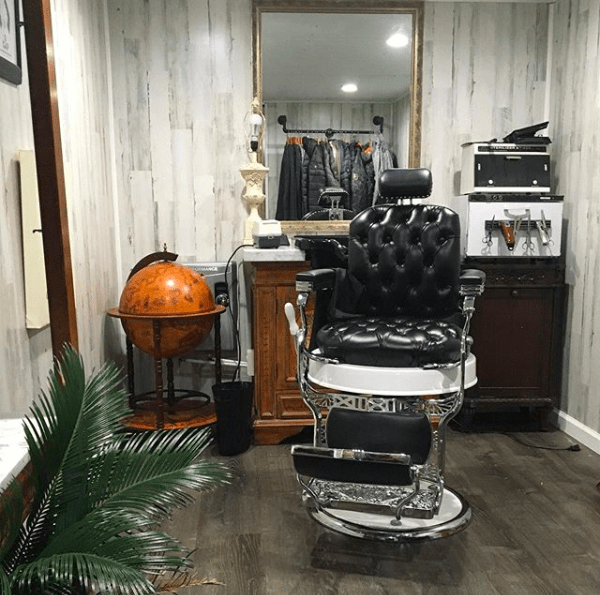 He partnered with clothier Dapper Lion, and the two businesses celebrated the opening of their combined businesses at an opening party on November 1st on E’s Bar, and since then has come to the Upper West Side for two to three days every week.  The rest of the week, John Rivera has been testing out locations like Union Square and Bryant Park, Hudson Yards, Chelsea and the Financial District.

Brick and mortar businesses by definition stake their claim in one location, for better or worse.  A mobile truck has the versatility to experiment with any number of locations, and rotate its schedule among different locations at different times of the day or week.  It also presents opportunities to experiment with and refine new business models (for the industry) like on call services and in the future even clustering trucks to meet the demands of larger groups.  It will be exciting to see where the future takes The NY Barber.