A 22-story condo building is rising at 15 West 96th Street, between Central Park West and Columbus Avenue. The 321-foot development is being constructed as of right, with no restrictions or special guidelines as it falls just north of the historic district.

In December 2014, applications were filed to tear down the two five-story, 1926 townhouses which previously occupied the site, in favor of more than 60,000 total square feet for a residential high-rise. Developer Sackman Enterprises has remained since the building’s introduction, but there have been a few changes since the project was introduced. 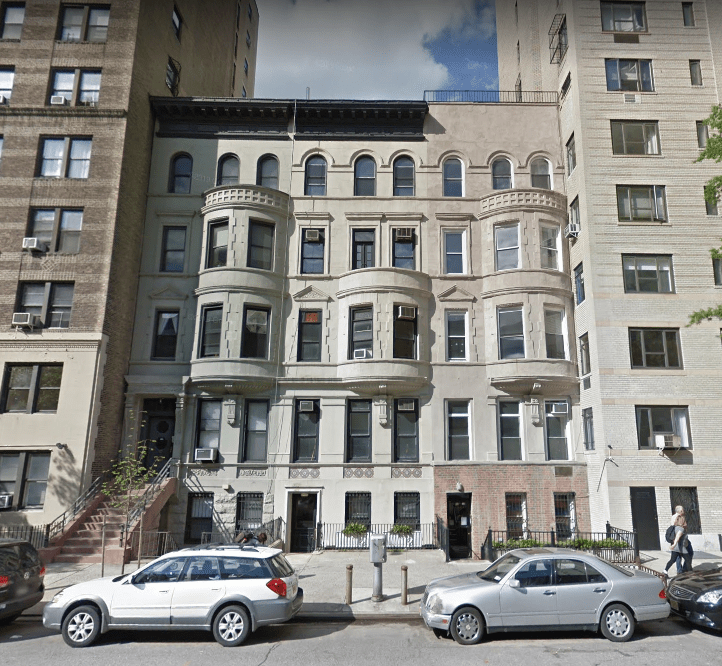 The previous buildings on the site – May 2014 (Google Maps)

The total number of residential units was initially expected to be 16. Recent reports from New York YIMBY shows the new number is 17 with each floor home to one condo except for the duplex penthouse. This changes the average square footage per residence from roughly 3,000 square feet to 2,800. However, CityRealty forecasts 24 apartments with no more than two units per floor but provided no information for total floor space.

The completion date has been adjusted as well. YIMBY initially forecasted that construction would be finished in 2017 based on the timing of the filings. However, demolition of the former townhomes did not start until September 2016. Spring 2023 is the current estimated completion date.

The final product will dedicate the first five floors to Chabad of the West Side, a worldwide organization that offers a variety of programs including an early learning center, Torah classes, the Chabad Women’s Circle, and Mitzvah workshops. “The new center is double the space of CWS’ last location at 166 West 97th Street and will house two synagogues, a mikveh, a library, a conference center, a terrace-playground, a teacher’s training academy, meeting rooms, and preschool and Hebrew school classrooms,” according to CityRealty.

Floors six and up will hold the private residences, each with its own balcony. “Residential amenities will include a fitness center, a children’s playroom, bicycle storage, and a lounge,” according to YIMBY.