We recently wrote about a new NYC initiative called Open Culture which is expanding the Open Streets program to performing arts organizations.

Through Open Culture, the city has designated over 100 streets in which arts organizations can apply to host outdoor performances.

Since we first wrote about it, the list of streets has expanded to include Morningside Avenue between 114th and 116th Streets (just east of Morningside Park).

On April 11 and April 18, “Cabaret in Captivity,” presented by Untitled Theater Company No.61, will be on display on Morningside Avenue between 114th and 115th Streets, with performances taking place from 5-6pm on both days.

“Songs and sketches from the Terezin camp, written during the Holocaust. Full of satire, bitter humor, and hope, these pieces demonstrate how art became a vital survival technique for the inmates. Part of New York City’s Open Culture program, providing performances on city streets.  Please bring your own seating, we will have very limited chairs available. All seating will be spaced 6 feet between groups and 12 feet from performers.”

“Cabaret in Captivity” was previously featured at Pangea, The Center for Jewish History, the Bohemian National Hall, York Theatre, the Czech Embassy in Washington, DC, and The William Goodenough House in London, England. 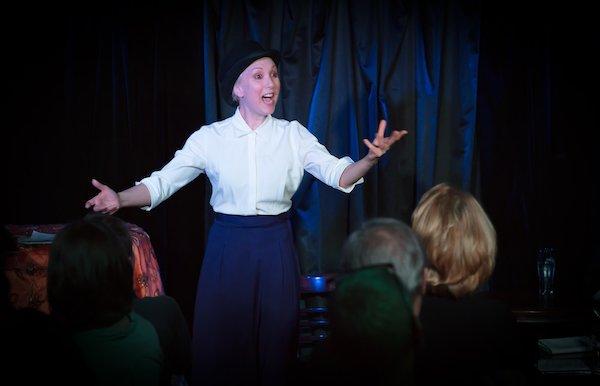 The suggested donation amount is $25, and tickets can be reserved here.

Additional neighborhood locations designated for the Open Culture initiative include:

And for those who prefer to enjoy the arts while protected from the elements, indoor performances returned to NYC on April 2, and several UWS theaters have reopened. These include the Triad Theater on 72nd Street, Film at Lincoln Center, and Stand Up NY.

A Day in The Life of Bobby: Discovering Virgil Fox