Born and raised in Brooklyn, Richard K. Lieberman, Ph.D., Professor of History and Director of LaGuardia and Wagner Archives at LaGuardia Community College, ties the focus of his entire career to inspiration he found with Fr. Harry Browne, a priest at St. Gregory’s Church on West 91st Street.

At the time, it was the 1960s and Professor Lieberman was an NYU graduate student and anti-Vietnam War activist. Browne was known as a fiery advocate for the urban poor and civil rights, and the church was sheltering the Berrigan Brothers. While Fr. Harry Browne’s influence on Professor Lieberman was not faith-based, it did provide an overarching inspiration and professional direction regarding commitment to political idealism and activism and a wholehearted belief in putting beliefs into practice to making the world a better place. 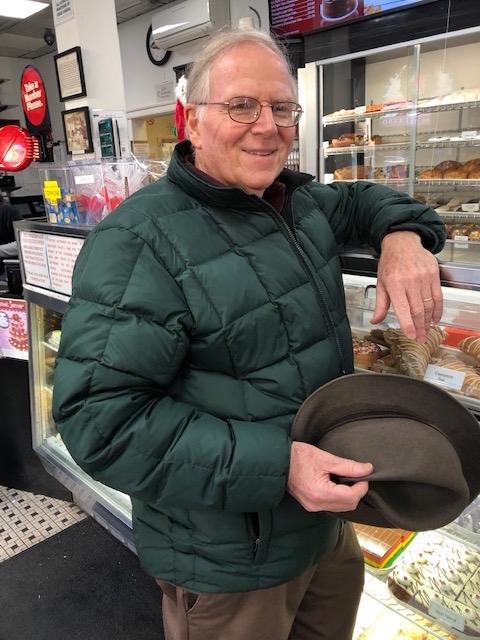 It also inspired Lieberman to connect with people who lived in the neighborhoods he was studying.  “At the time, it was getting oral histories from the groups of Irishwomen who lived and gathered at this church,” he remembered.

Since those days, Lieberman has been living his ideals as a teacher at LaGuardia Community College. And, as the Director of the Archives, a premier historical NYC resource, he takes great pride in putting valuable historic documents into the hands of community college students so they can study, research and develop projects drawing from primary sources. These photographs, diaries, newspaper clippings, tape recordings, videos and other materials are usually only available in archives and libraries at elite colleges.  The materials have also been used by educators as they developed the 4th grade history curriculum for NYC schools.

Professor Lieberman has developed the archives collection to include the New York City Council and the personal private papers of New York City Mayors from LaGuardia to Koch. In addition, he has amassed a comprehensive collection of materials not available in any other location. Apart from Brooklyn and Manhattan, NYC’s boroughs have a scarcity of organized archives, but Lieberman has been changing that. Under his direction, thousands of photos and other artifacts relating to the LGBTQ community in Queens from the 1930s to today have been added to the LaGuardia and Wagner Archives.

In addition to his teaching and Archives activities, Lieberman is working on a book about US Senator Robert Wagner (Mayor Wagner’s father) whom he describes as an extraordinary man whose influence is still evident in current national public housing, labor and Social Security policy. Although he was elected to the Senate four times, “The reason most people have never heard of him is that he was overshadowed by FDR,” said Professor Lieberman. “Impossible to compete in that context.“ But, Lieberman is shining a light where a place in history is deserved for Senator Wagner, and his book will support students to a broader understanding not only of the ongoing impact of statesmen like Wagner, but of the way New York City history is made and evolves.

Professor Richard K. Lieberman lives on the Upper West Side with his wife Susan Farkas, and the couple share their engagement in political activism. They have a son Samuel, a journalist.