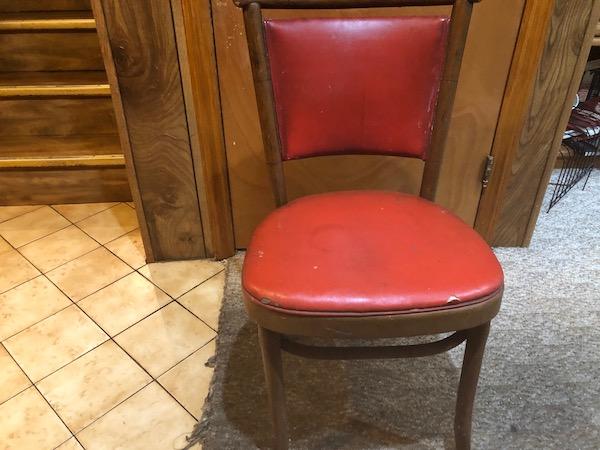 Once part of the furnishings at Cherry Restaurant, formerly located at 335 Columbus Avenue at 76th Street, this chair has been kept since 1999 by Herb Grossinger in his garage. Grossinger was the baker of the neighboring Grossinger’s Bakery at 337 Columbus Ave, which closed in 1991.

Grossinger recently shared his memories of the former restaurant with us:

“Oh, sure I know a lot about Cherry Restaurant and its owner and owners. The Cherry Restaurant was originally established in 1938, by a Japanese immigrant we only called ‘Pop.’ As teenagers we would go in at night and order rice with gravy for 15 cents and sit around for a while. The food was good and cheap! Unfortunately, during the war years and some years after, there was discrimination, even though they claimed to be Chinese. A second location was on 91st or 92nd and Columbus Avenue.

“Sometime around 1960 or the early sixties, the restaurant was sold to Richard Nishikawa, an accomplished chef who worked as the head chef at Gurney Inn in Montauk, L.I. Richard brought in a few of his crew and it became famous for Chinese, Japanese and of course typical diner food. The most expensive dish on the menu was $7.50!!

Grossinger added, “The closing of Cherry Restaurant was a great disappointment to the neighborhood. I have their red cushion chair in my garage from the auction sale.” 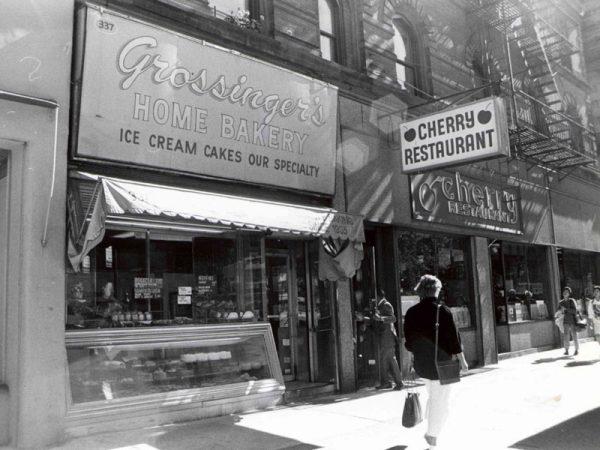