We just got a tip about an upcoming Apple Maps feature. It will be similar to Google Maps Street View. And one of Apple’s cars was spotted taking photos on the Upper West Side today! Many thanks to “Upper West Sider” for the info (and photos)!

The new Apple Maps feature is called Look Around. Apple hopes to get pictures of the entire country and release the feature by the end of the year.

A Look Around car was spotted on 66th and Columbus Avenue today taking pictures for the feature. It turned on 66th Street and went up Columbus Ave (not too far from Apple’s UWS store). 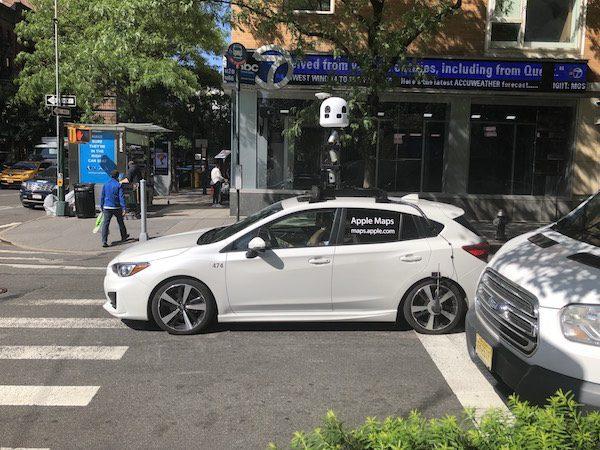 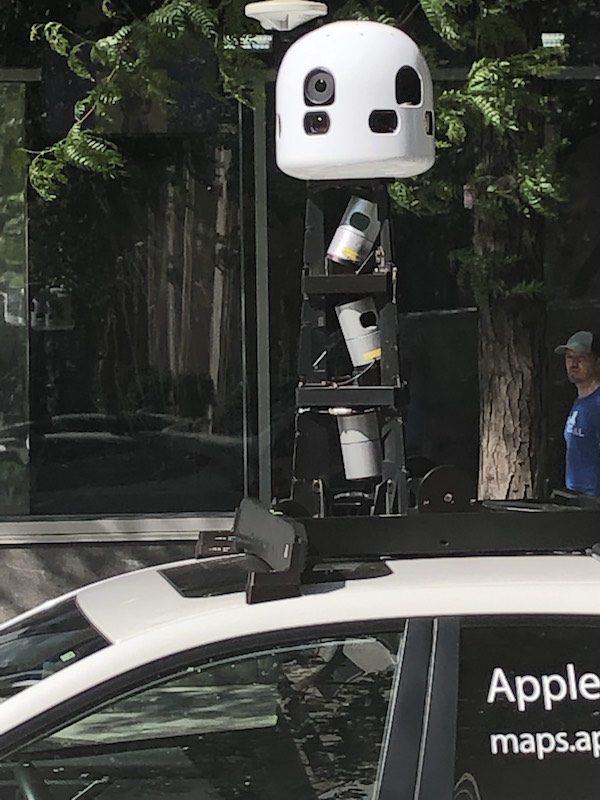 Other Look Around cars have also been spotted in the city recently. One recent sighting occurred in the East Village.

Today, Apple published a press release about the iOS 13. And it included some data about the new maps feature.

After driving 4 million miles to rebuild the basemap from the ground up, Apple is delivering a new Maps experience with broader road coverage, better pedestrian data, more precise addresses and more detailed landcover.

Powered by the new basemap and high-resolution 3D photography, a new Look Around feature delivers beautiful street-level imagery of a city with smooth and seamless transitions. iOS 13 brings additional new features to the Maps app, including Collections to easily share favorite restaurants, travel destinations or places to shop with friends, and Favorites for navigating to frequent destinations, such as home, work, the gym or school, with a simple tap from the launch screen.