Home
Community
Arrest Made in Auto-Accident in Front of AMNH

At about 2:15am on Wednesday, a 35-year-old male who was performing road work at the American Museum of Natural History was struck by a black 2021 Toyota Tacoma. The driver attempted to flee the scene but was stopped by other workers.

EMS transported the 35-year-old construction worker to St. Luke’s Hospital; we asked about his current condition but the NYPD source was unable to tell us.

According to a video shared on Youtube, “a thick wad of cash was seen being extracted from [Tonay Pridgen’s] pockets.”

Pridgen is due in court on February 14, according to public records.

At about 12pm on Thursday, several readers messaged us about another car-related investigation – this one taking place about a block away in front of the New-York Historical Society at 170 Central Park West. We’ve contacted the NYPD about this incident as well but haven’t been provided with any details yet. We’ll provide an update if and when they get back to us. 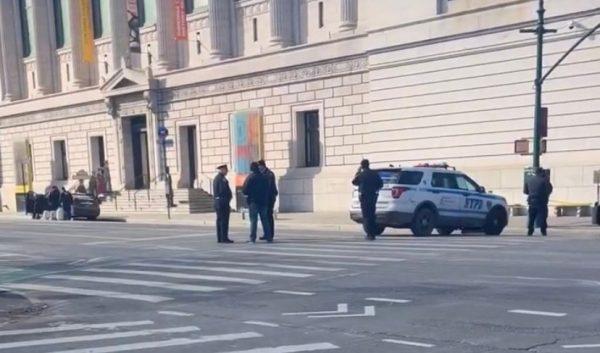