“Rocket Club Academy would have been the place for me when I was young. You’re learning about categories that aren’t taught in school and are ahead of everyone else your age.”

In March of 2020, Rocket Club Academy was forced to temporarily close due to COVID-19, but the visionary after-school program for 7 to 14-year-olds will be reopening on December 1 at 33 West 60th Street near Columbus Circle! 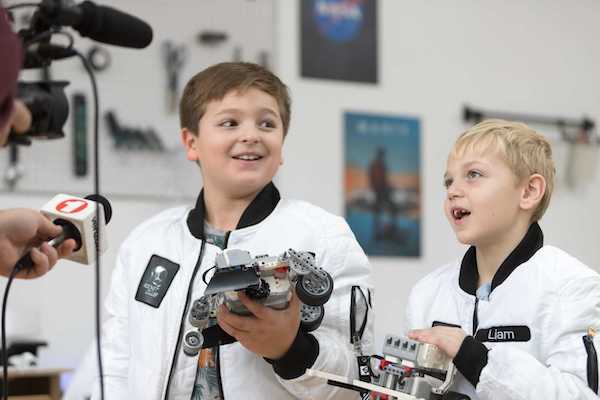 Tigercat Games is an educational game company founded by an 8-year-old.

Shop For Social Justice is a non-profit apparel company launched by a 13-year-old.

The club was initially conceptualized by Alex Hodara, a finalist for this year’s Ernst & Young Entrepreneur of the Year Award and a “Forbes 30 Under 30” recipient. Enlisting the help of industry leaders, Rocket Club Academy has created a proprietary curriculum: a mix of robotics, coding, cutting-edge technology, and entrepreneurship.

Rocket Club Academy’s members have the unique opportunity to build lifelong networks of peers, forever viewing the world differently because of their advanced tech education. Rocket Club Academy’s staff is building the club they wished they had when they were kids and empowering their members to become everything they want to be when they grow up.

Rocket Club is granting readers of iLovetheUpperWestSide first access to registration. Ready to grab a spot?!

Here Are the Details:

You can book a tour and learn more here:  https://rocketclub.com/new-york