After an inspection by the NYC Health Department on October 10th, iconic Upper West Side establishment Barney Greengrass has been shut down until further notice.

On the October 10th inspection, Barney Greengrass was docked a total of 51 points for violations such as evidence of mice or live mice, presence of live roaches, and a facility that’s not vermin-proof. In their prior inspection on June 5th of 2019, Barney Greengrass had received a drastically lower sum of 13 points for violations, but records show that mice were present then too.

Every year, inspectors go unannounced into more than 24,000 restaurants in the city. While the vast majority are fine, some fall way short of the city’s cleanliness requirements. Inspection scores above 28 earn eateries a C grade as well as monitoring from the city’s health department, which could decide to shut it down. Records show that Barney Greengrass was cited on multiple violations of health and based on their results, was ordered closed.

The Amsterdam Avenue cash-only restaurant, an Upper West Side staple since 1908, remained closed this weekend. Known as the “The Sturgeon King”, the deli and restaurant has been a family business since its first days. Now, a sign slapped on the door reads “By Order of the Commissioner of Health and Mental Hygiene,”.

NYC Department of Health and Mental Hygiene records show the full list of violations below:

2) Evidence of mice or live mice present in facility’s food and/or non-food areas.

5) Food not protected from potential source of contamination during storage, preparation, transportation, display or service.

6) Facility not vermin proof. Harborage or conditions conducive to attracting vermin to the premises and/or allowing vermin to exist.

Join our newsletter for updates on this story:

Connect with Hannah on Linkedin. 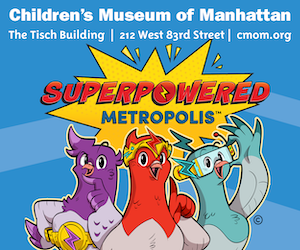