The Upper West Side is full of restaurants and bars that have perfectly mastered the combination of great meals and great music. From 59th Street and up, the neighborhood has something different to offer, whether that’s in cuisine or music genre. No matter the preferred taste, there’s always something for everyone. While there were many restaurants to pick from, here’s a list of a few places to go where the music cooks and the food and drink sing.

Unlike the Prohibition period which forced alcohol underground, Prohibition has spent over 23 years serving alcoholic beverages and delicious food to Upper West Siders. Prohibition’s music “menu” is also just as packed with incredible options as their food menu. This was where musicians such as Gavin DeGraw and Rachel Platten started their careers. Every night is full of music, so be sure to visit their events calendar to plan your evening. Mondays are usually open mic night, which was “voted #1 best open mic in NYC,” according to their website. Broadway Night is another hit, which happens every third Sunday of the month. This particular event is where inspiring performers show off their skills in this musical theater cabaret.

With an event calendar jam-packed with nightly live music, you may come across the next musical superstar at Prohibition. 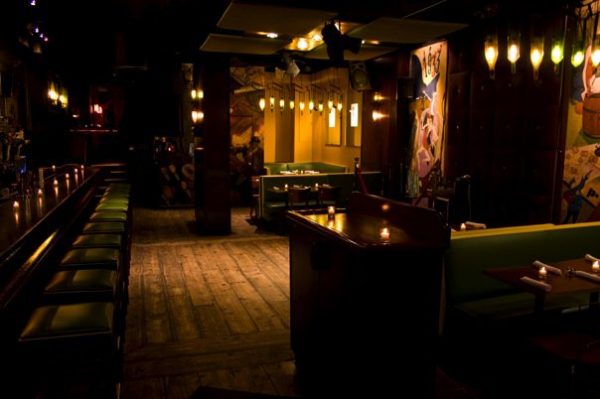 Many Italian restaurants grace the Upper West Side neighborhood, but only one can stand out with the “rock n’ roll Italian” vibe. Bettola offers guests an eclectic mix of global influences, culinary passion, and rock n’ roll. Chef Vlado Kolenic is not only a self-taught cook but an accomplished musician, composer, and songwriter who has written and performed over 100 songs, some of which have made it to the Top 40 lists. While performing around the world, Chef Vlado developed an interest in different cuisines, which he fuses in his menu. Bettola has a lot of character and energy with instruments, Vlado’s records and albums, as well as a wood-burning pizza oven sharing the space.

Check out our recent post that describes Bettola’s music and food experience.

Swing by Jazz at the Lincoln Center’s intimate jazz club and bar with a stunning view overlooking Columbus Circle and Central Park. Each night offers a different jazz musician or band to jam along while ordering something from their Southern-inspired menu. Dizzy’s Club boasts a state-of-the-art sound system that makes this venue a favorite for both locals and tourists. Sets are played at 7:30 PM and 9:30 PM every night with Late Night Sessions from 11:15 PM from Tuesdays through Saturdays. Some late-night sessions are also dance sessions, which lets patrons move and groove along to the lively jazz tunes. 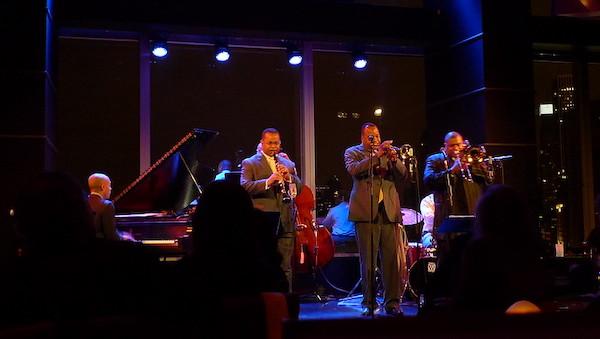 Ashford and Simpson’s Sugar Bar is sure to satisfy your sweet tooth—not just with their desserts but with the sweet melodies. In 1996, Nicholas Ashford, from the music duo, Ashford and Simpson, established Sugar Bar, which he also co-owned with his wife, Valerie Simpson (Ashford passed away in 2011). Since its inception, this restaurant has been known for an intimate and elegant atmosphere where patrons can enjoy live music as well as the cuisine and cocktails including their signature “Sugartinis.”

Stop by any day between Tuesdays through Saturdays and you’ll come across different musicians and sets each night. Wednesday evenings are known as Motown Wednesdays with Darius Booker, and Thursdays are for open mic night. Sugar Bar is the place to find local and international talent and a wide array of genres like R & B, soul, jazz, and traditional African rhythms. It’s no wonder why Sugar Bar calls their restaurant a hotspot for celebrities and renowned people such as Dr. Maya Angelou, Eddie Murphy, Stevie Wonder, and more.

If you’re looking for quality kosher food and music, look no further than Talia’s Steakhouse and Bar. For over sixteen years, Talia’s has prided itself on its ability to welcome folks from different backgrounds to try the menu, which is a blend of American and Middle Eastern cuisines of kosher steaks and homemade hummus. When it comes to live music, the restaurant also offers something for everyone, including blues, jazz, and soft rock. There is no cover charge for performances on Tuesday, Thursday, and Saturday nights. 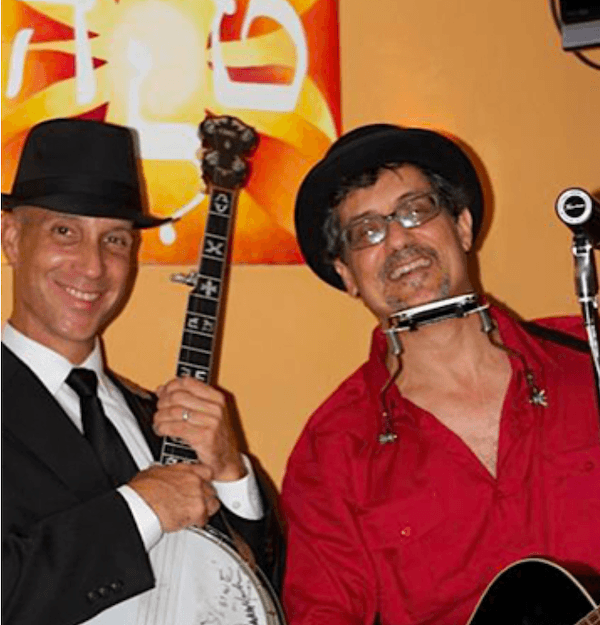 Along 106th Street is Duke Ellington Boulevard, named in honor of the renowned jazz musician Edward Kennedy “Duke” Ellington”, who also lived on the Upper West Side. Even after his death, jazz is still thriving, particularly at nearby Smoke Jazz and Supper Club. In 2000, New York Magazine named it the Best New Jazz Club, and since then, it has been famous for its world-class jazz, which is the perfect complement to the soulful American cuisine. Step inside and feel at home with an intimate setting of around 50 seats and a red curtain stage. Smoke Jazz and Supper Club has fantastic acoustics for patrons to experience all kinds of live performances every night. Among the nightly shows is the Smoke Jam Sessions, the supper club’s longest-running jam session. It’s the perfect way to catch up-and-coming talent in New York while browsing the special jazz dinner menu from Sunday to Thursday. 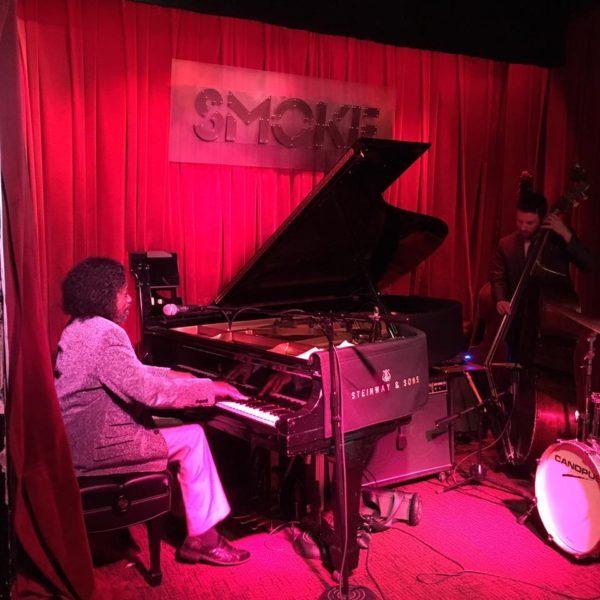 No matter what your taste is in music or cuisine, the Upper West Side is packed with different choices to satisfy your senses with great entertainment and food.