Home
Community
Before and After: What a Public / Private Partnership can Do

What transformed this once-unsightly stretch of barren soil into the  welcoming and meticulously-maintained space it is now? Peter Wright, Co-President of the Friends of Theodore Roosevelt Park, has the answer–a public- private partnership that really works.

The “before”: the sprawl of hard- packed dirt that was once the “lawn” at the southeastern section of Theodore Roosevelt Park: 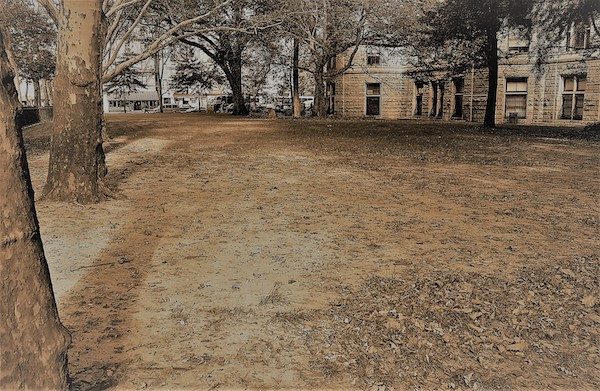 The “after”: that same space as it looked this past summer: 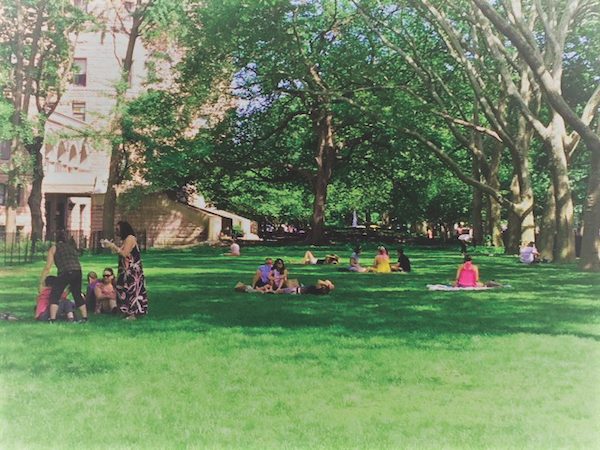 “It looks like an impressionist painting, doesn’t it? Claude Monet or George Seurat!” That’s how Wright describes the two lawns in Theodore Roosevelt Park–one on West 77th, the other on West 81st Street– that were officially opened to the public on Memorial Day 2019.

To Wright, the backstory of how the “before” photo, taken in 2007, was transformed into the “after” photo, taken in 2018, is “especially appealing because it is the result of a three-way partnership among the Friends of Theodore Roosevelt Park, the American Museum of Natural History and the Parks Department.”

It is this partnership that has created the open lawns pictured in the most recent photo. By sharing resources and expertise, the members of the partnership have given the Upper West Side the invaluable gift of a new expanse of green, an oasis in the middle of one of the busiest parts of our city.

In 2015, the Commissioner of the New York City Department of Parks and Recreation, Mitchell J. Silver, launched a city-wide project that he calls Parks Without Borders( PWB). According to Silver the PWB design concept was created in order to “open parks to users, weave green space into neighborhoods, and create a flowing, welcoming public realm”.

Megan Moriarty, spokesperson for NYC Parks, says that PWB provides New Yorkers “access to all available park spaces including the edges, adjacent spaces and entrances to parks citywide…This design approach makes parks more accessible and welcoming or everyone and improves neighborhoods by extending the beauty of parks into communities.”

Manhattan Borough President Gale Brewer, a resident of the Upper West Side and a staunch supporter of the neighborhood and its residents, was a fan of the PWB concept from the beginning: “Integrating nature and open space into our daily lives comes with real benefits…New Yorkers will get the most benefit from our parks when they’re designed as welcoming spaces, fully integrated with the communities around them.”

Which is why, when it came time to consider the future of the lawns of Theodore Roosevelt Park, PWB seemed to be a perfect fit.

We asked Wright how the PWB idea went from concept to reality, how the lawns went from being gated spaces with a keep- off- the grass ethos to an expanse of green that is open to the public four months of the year.

According to Wright, the transformation  began with Commissioner Silver committing the Parks Enforcement Police (PEP) to the oversight of the  public’s use of the lawn. In practice, that meant making sure that there were “no dogs, no ball playing, no touch football–that would ruin the lawns in a hurry!”

It was Manhattan Borough Commissioner Bill Castro who approved the extra  staff and equipment that was needed to maintain the lawns and to keep them litter-free.

Finally, to make certain that the open space would be completely safe from the threat of falling branches or trees, the Friends and the Museum worked with the Parks Department’s Manhattan Forestry Division “ to identify where tree pruning and tree removal was needed, all in the interest of the public’s health and safety.” To carry out  Forestry’s recommendations, Friends and the Museum joined forces to contribute the nearly $70,000 in funding that was needed.

All of this done, the lawns first opened to the public as a pilot project in the summer of 2018. Declared a great success, the pilot became a permanent feature of the park at the beginning of this past summer.

We asked Lori Famigheti, who lives with her son just across the street from the park, how she feels about the new open spaces and she told us that she “loves to enjoy the lawn around the museum as an alternative to a walk to Central Park.  After all, there is nothing nicer than the feeling of fresh clean grass under a child’s little toes in the springtime.” Perfect for families with small children, Wright cites another important advantage: “it’s a safe place for them to play, fenced off from the surrounding street traffic.”

The gates to the lawns are open, weather permitting, on alternating days–one day for West 77th Street, the next for West 81st Street– from Memorial Day to October 1, Wednesdays to Sundays; hours are 9am to 7pm. Everyone is invited but, sorry, you’ll  need to leave your dog at home.

And make sure to sign up for their newsletter for updates!

Jewish Journeys at the JCC