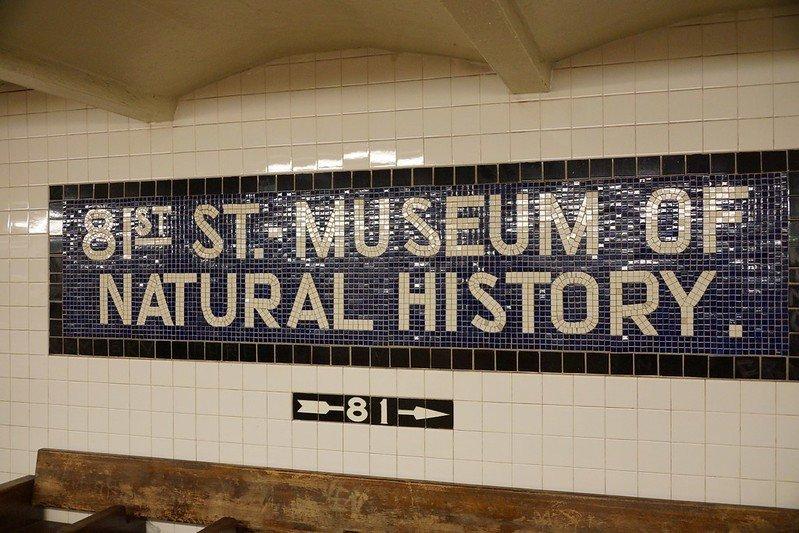 The American Museum of Natural History has been beloved by New Yorkers and visitors alike since its opening in 1869. Home to the iconic, 94-foot-long model of a blue whale and millions of biological specimens and human cultural artifacts, it’s easy to see how this museum became a storied institution that over five million people visit each year.

Before many visitors even enter the museum, they pass through the 81st Street-Museum of Natural History subway station. As soon as they step off the B or C line, the two lines that serve the station, commuters are greeted by mosaics of animals, casts of fossils, and galactic inlays. The size, scope, and beauty of this artwork makes it a favorite stop among anyone who visits or lives on the Upper West Side. 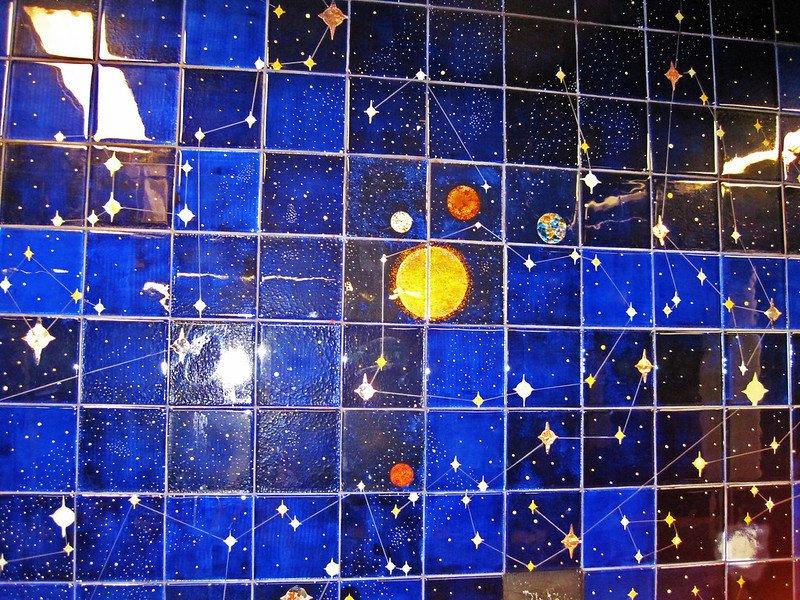 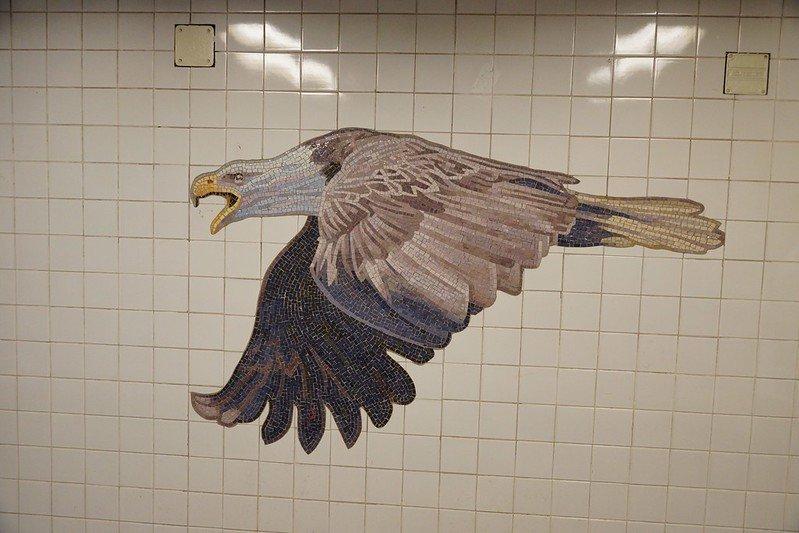 In 1998, the 81st Street subway station underwent a renovation for two years to create the artwork visitors see today. The renovation welcomed the art installation, titled “For Want of a Nail,” designed by the MTA Arts for Transit in collaboration with the museum. The title references an old proverb which serves to remind us that seemingly insignificant acts (or lack thereof) can wreak unforeseen, dire consequences. According to the MTA, the title “asks the viewer to consider the way everything is connected.”

READ MORE: Look Out the Window Next Time You Pass 86th Street

Upon the subway station’s reopening in 2000, former MTA Chairman E. Virgin Conway said, “This station renovation is an example of a wonderful partnership between the public and private sector, and we have achieved our joint goal of creating an art project that begins the visitors’ museum experience the moment they step off the train.”

The installation consists of mosaics, murals, and inlays made from glass, ceramic, bronze, and granite, depicting everything from prehistoric dinosaurs to ocean life to astronomical features. The diversity of subjects, meant to represent the scientific diversity found at the AMNH, means viewers are likely to find depictions of their favorite exhibits right there in the subway.

Two sets of adjacent stairwells assume contrasting images: the furthest perspective of our universe–a blue tiled, starry night sky–and the center of the world as we know it–the Earth’s core.

In his 2002 photo essay, “City of Stars” for Natural History, astrophysicist Neil deGrasse Tyson writes of the subway station, “[I]f you happen to lose touch with your surroundings while riding the train (having entered that semidazed dream state that a subway commute sometimes induces), nature will be staring you in the face when the doors open on 81st street.”

While the installation beautifies the underground stop, the art is not without meaning, as its provoking title suggests. Creatures, both living and extinct, are depicted, each animal’s status represented by its color. Living animals can be identified by their full color portrayals. Meanwhile, extinct animals are rendered gray. Bronze casts of fossils, mounted to the walls, are reminiscent of excavation sites.

For some species, the distinction between living and extinct is not so clear. While certain species, like the jaguar and the humpback whale, are rendered in color, they are also shown with a red question mark. These question marks, so unassuming that they may go unnoticed by passersby, identify animals that were living in the year 2000 but were on the endangered species list. These question marks showcase the evolving nature of science, warning viewers that our world is not set in stone, despite being set into the walls of New York. Connecting back to the installation’s title, “For Want of a Nail,” viewers are reminded of just how fragile our ecosystems are.

Brandished with the scarlet question mark at the station, the green turtle is identified by the International Union for Conservation of Nature (IUCN) as endangered, with a decreasing population trend. This means the outlook for this sea creature has not improved since the mural’s completion over 20 years ago. Similarly, while the population trend of the Española Giant Tortoise is increasing, it is still considered critically endangered by the IUCN (a species’ last stop before extinction) with less than 200 mature individuals alive today.

However, it’s not all bad news. The bald eagle, though marked with a red question mark in the art installation due to its endangered status in 2000, is now considered of “least concern” by the IUCN, noting a healthy increase in population levels that continues to grow thanks to conservation efforts. While the red question marks and title of the artwork may seem foreboding, they are perhaps as well hopeful. While small actions can harbor doom, they equally hold the potential for positive change as well.

The history and artwork of the 81st Street subway station remind us that we are in harmony with the world around us, from the smallest microorganism to the mighty T-Rex. Whether you are a first time visitor of the museum or a local resident on your commute home, you are momentarily transported away from New York City–out of the concrete jungle and into the bustling blue ocean, onto prehistoric excavation sites, and even into orbit amongst the stars.

Grateful Dead Drummer at the AMNH