An Upper West Sider recently claimed that a check they mailed was stolen from a mailbox in front of the West 83rd Street Post Office, between Columbus and Amsterdam avenues. They allege that once the envelope was “stolen out of the box, the check [was] washed, and $9,900 was stolen from my account.” The individual states that the actual amount they wrote on the check was smaller.

The alleged victim, who asked to remain anonymous, started a thread on the Nextdoor app to alert neighbors of what had happened. “That’s the end of me mailing anything unless it is from inside a post office,” they wrote before another neighbor asked, “How do you know that it was stolen from the box and not later in the delivery process?”

The question opened up varying opinions. One commenter argued that it could have been intercepted at the point of delivery, it could have potentially fallen out of the mail bag, or the recipient could have accidentally dropped it. They went on to say, “It’s pretty easy to come up with a dozen simpler explanations than it being stolen from a USPS box right in front of a post office.” 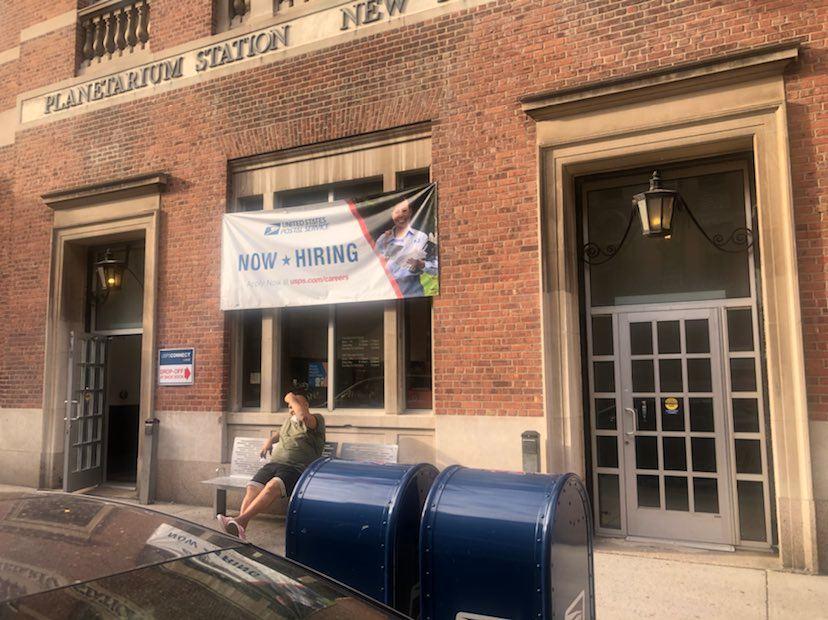 One neighbor shared their experience, saying, “We all know that theft from UWS mailboxes has been an ongoing problem for several years… I had a check stolen 2 years ago and it took 8 months and MANY calls to Chase but I did get refunded. (Check was clearly erased and modified).”

The anonymous alleged victim told us they’re currently in the process of filing a fraud claim with their bank, which they hope will reimburse them. They’re also planning to file a police report with the 20th Precinct. When asked how they’ll handle mailing moving forward, we were told, “I will never mail a check anywhere again as long as I live. I’m electronic from here on in! In addition to being shocking and devastating, this experience has only heightened the awful dispirited feeling I already have about the state of our city, our country and the world.”

An employee of the USPS, Jennifer Morales, also chimed in on the thread. When speaking with ILTUWS, she offered that her best advice for mailing anything of value is to take it inside the post office. Morales also noted, “I would say hand it directly to a carrier but sometimes carriers get robbed.” Morales told us thefts in the USPS happen and sometimes they go unreported. “When they stole my [mailman’s] cart they didn’t notify us. I may get in trouble for talking but honestly, they need to say something.”

In late March, Bloomberg wrote about a study in which Georgia State professor David Maimon and a team of 15 students “combed through thousands of social media channels, group chats, and dark web sites. Their efforts [included] compiling images of checks for sale to look for patterns.” In January 2022, Maimon and his team had documented 750 stolen checks from New York over the previous six months. The professor noted the people committing these crimes didn’t seem the least bit concerned with getting caught, either. “They post photos of themselves with piles of money,” says Maimon. “They don’t hide. They’re brazen.”