Jack Selby, the managing director of Thiel Capital and the former vice president of Paypal, dropped a $5,000 tip after a Saturday dinner at The Leopard at des Artistes, located at 1 West 67th Street. 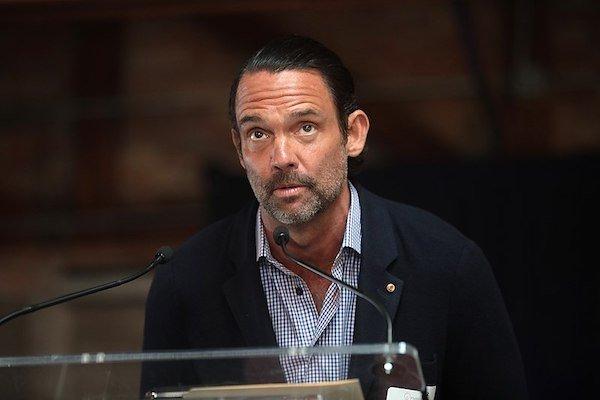 A post on the Upper West Side restaurant‘s Instagram page states that Selby has been leaving four-figure tips for its servers for years, always with his signature “Tips For Jesus” inscription. Saturday’s bill had an additional “we will never forget” commemoration for 9/11.

Selby started leaving thousand-dollar-plus tips in 2013. While he never intentionally included his name, he was long-suspected of being the anonymous tipper behind the @tipsforjesus Instagram account, which documents the monetary gifts he’s left around the country.

While most of the receipts shown on this timeline are from restaurants out west – many in states including California, Wyoming and Arizona – a round of drinks at another Upper West Side seemed to verify the rumors in 2017.

A source told Page Six at the time that they’d spotted Selby at Guyer’s – the former wine bar at 286 Columbus Avenue between 72nd and 73rd Streets – and that “the bartender was brought to tears” after he gave her a $5,000 tip as well.

Several outlets indicate that “Tips For Jesus” is a movement involving multiple people, but Selby appears to at least be one of them.

In terms of the tagline, according to a no-longer-active website called Valley Wag (a gossip and news site launched in 2006 by Gawker, also no longer active), “all the Jesus talk is a joke.”