Two restaurants have recently signed leases with Columbia University and plan to open Morningside Heights locations this year, the school has announced. 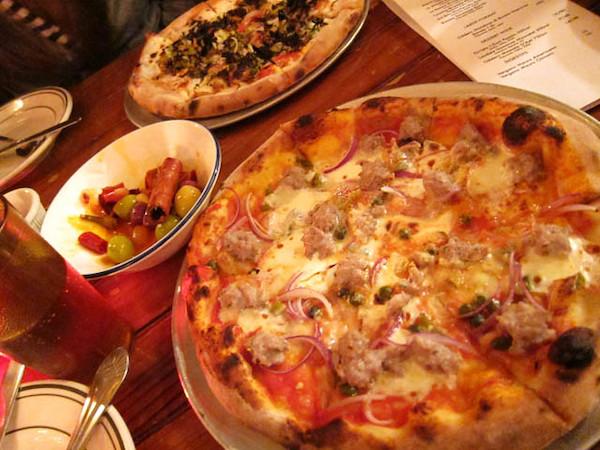 Bushwick-born pizza spot Roberta’s has leased space at 2913 Broadway, between 113th and 114th Streets, and anticipates a summer opening. Roberta’s menu comes with eight brick oven pizzas – covering standards like a margherita and rosso in addition to some twists. A couple that are a bit more out there include the Bee Sting (mozzarella, tomato, soppressata, chili, basil, honey) and Night Ripper (fried japanese eggplant, mozzarella, parmigiano basil, pickled peppers, chili, breadcrumbs, bonito).

The menu also comes with salads, entrees including a crispy squid and “Grilled Pork Collar,” and desserts including mascarpone gelato, grape sorbet, and a blackberry plum crisp with.

Roberta’s has grown a pretty huge fan base, with over 124,000 Instagram followers and plenty of media coverage in publications including The Infatuation and Eater.

Sapp’s, a Japanese restaurant in Long Island City, will be expanding as well. The restaurant has secured a space at 2888 Broadway, between 112th and 113th Streets, and is anticipated to open in the fall.

This will be Sapp’s second location, and owner Shih Lee (who also owns SHI) tells Columbia he thinks the location will be a win. “We’re very excited to be part of the Columbia University community, especially in a post pandemic world,” he told them.

We’ll provide updates once these restaurants get closer to opening!