In the 21st Century, it’s difficult to picture Morningside Heights without the prestigious Columbia University campus. But what most people may not remember is that before the university, 116th and Broadway was home to the Bloomingdale Asylum for mentally ill patients. What had started out as a modern approach to treating these patients ended in controversy. This isn’t a ghost story but a real account based on reports of the asylum’s eerie tenure on the Upper West Side.

In 1776, The New York Hospital (now known as New York-Presbyterian Hospital) opened its doors to take care of 3,000 soldiers fighting in the Revolutionary War. Among the wounded were also mentally ill patients. Throughout the years, the hospital saw a steady rise in these patients.

In 1802, a committee considered adding a separate wing specifically for the mentally ill. However, in a more radical move, it was decided that there should be a separate and new building to accommodate them. The committee wanted the new asylum to be formed with a more moral approach to treating patients instead of a medical one, which involved visitation and physical activities.

A new committee composed of Thomas Eddy, John R. Murray, John Aspinwall, Thomas Buckley, Cadwallader Colden, and Peter A. Jay looked around the city of New York to find a suitable home for their new project. They decided to purchase a tranquil site on 116th and Bloomingdale Road, now known as Broadway, overlooking the Hudson River. Of course this site is now home to Columbia University. 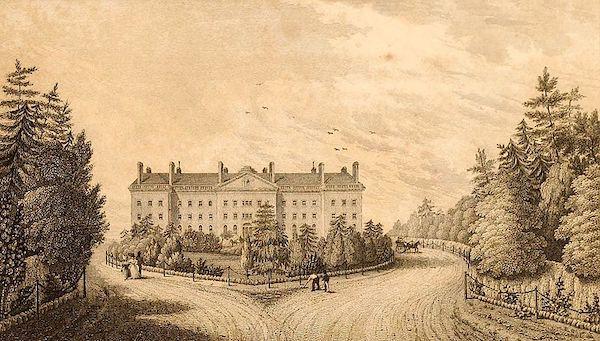 According to reports, it was a beautiful building made of limestone and had 120 patients. Several years later, in 1829, a new, three-story brick building with iron-barred windows was made to accommodate noisier and more violent male patients. A separate wing was also built for violent female patients in 1937.

During its first few decades, the asylum basked in the glow as a pioneer for asylums. But by the 1850s, the glow began to fade.

According to Columbia University Libraries, a patient could be admitted to the asylum against his or her will in the 1850s. Some true stories include Caroline Underhill, who was “forcibly incarcerated” at Bloomingdale by her sister and nephew. Underhill’s relatives had conspired to evict her from her home, which her father left for her. Commodore Richard W. Meade, the brother of Gettysburg hero General George Meade, was also wrongly institutionalized because he didn’t consent to his daughter’s suitor’s proposal.

“Wealthy people would send their family there because it had such a good reputation,” Mackin said. “It was not uncommon, if a wealthy husband wanted to get rid of his wife, he paid a lot of money to get a doctor to sign and put her away for ‘mental health reasons’.”

Habeas corpus lawyer John Townsend went to the local paper, The New York Tribune, to shine a light on the Bloomingdale Asylum issues. He spoke against the cruel treatment and brutality the patients experienced, which caused some of them to die from the abuse. When one of the head doctors remarked that critics should stop by the asylum to witness the conditions themselves, the Tribune took him up on his offer.

READ MORE: Haunted Buildings of the Upper West Side

Reporter Julius Chambers went undercover as a patient on August 12, 1872, to write about the environment. After he was released in the same month, he published a series of damaging articles discussing his experience. In one of his articles called “Among the Maniacs,” Chambers described his stay in great detail:

“A night of horror among raving patients—sleep disturbed by agonized cries of the dangerous idiots—close cells, uncomfortable beds and chairs, scanty and foul food, filthy baths, and rude and vulgar attendants—no amusements, games, or reading matter—imbecile boys exposed naked to the sun, and venerable blind men beaten by enraged keepers.”

Chambers also noted that once he moved to the asylum’s main building, his living conditions and the quality of the attendants improved. Following the public outcry and government investigation, the head doctor at Bloomingdale retired in 1877.

By the 1880s, the Bloomingdale Asylum was reported to be left in a “vulnerable position.” However, during the late 1860s, the institutions’ trustees purchased around 300 acres of land in White Plains to move the asylum there. In 1889, the asylum began selling off property to pay for their big move.

That same year, the New York Times announced that Columbia College students would have a new home in Morningside Heights when college authorities finally took possession of the property. It was reported that the Teachers College took one of the asylum buildings as a dorm. Since then, Columbia University has made the property on Bloomingdale its home in the neighborhood.

However, Buell Hall is the one remaining building on Columbia’s campus which dates back to the Bloomingdale Insane Asylum; it was originally reserved for wealthy male patients. 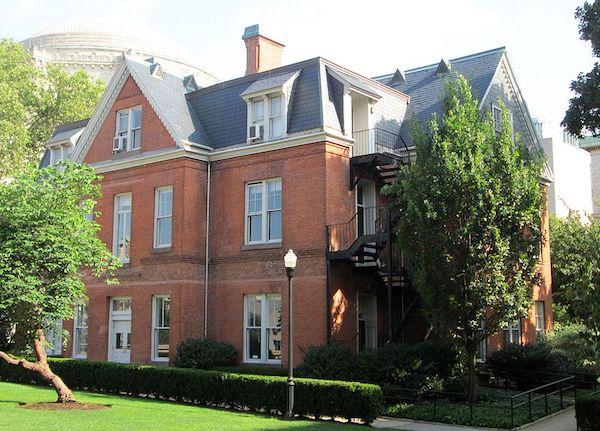 photo credit: Beyond My Ken via Wikimedia Commons

Lost Ring FOUND By Our Reader!

The Old Village of Harsenville