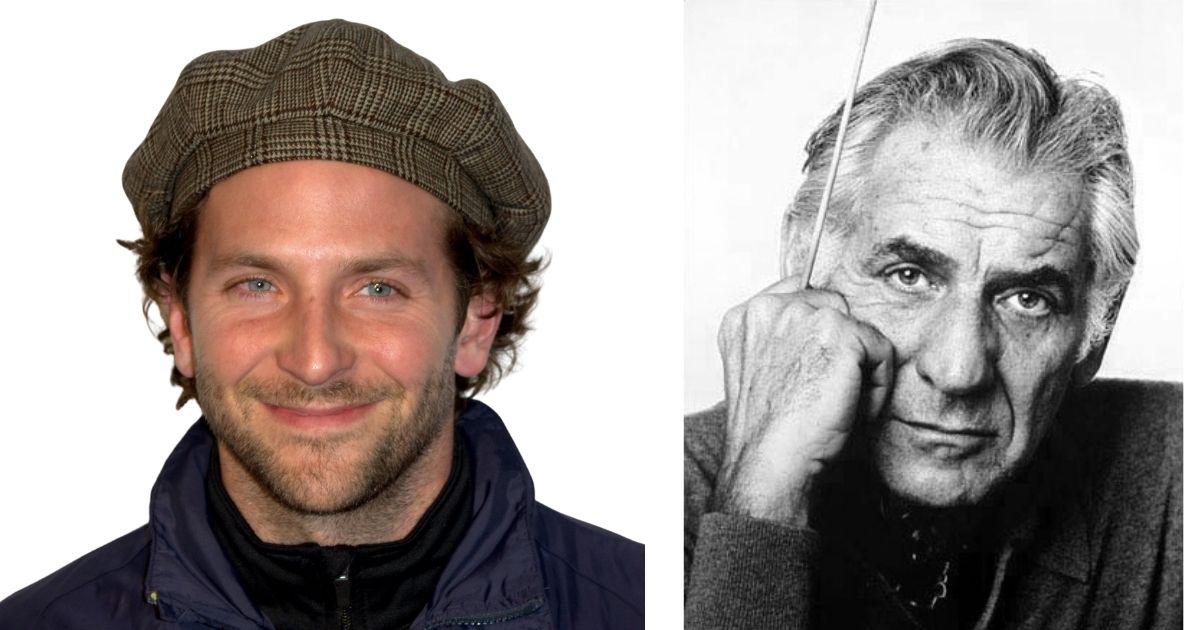 Signage around the Upper West Side indicates that Netflix biographical film Rybernia will be shooting in the neighborhood beginning Monday, June 6. Bradley Cooper ­­— who co-wrote the film with Josh Singer, winner of an Academy Award in 2015 for Best Original Screenplay for Spotlight — also stars as legendary composer and conductor Leonard Bernstein. Cooper is going full flex on this one, directing the picture as well.

Some of Hollywood’s biggest names are attached to this effort, with Martin Scorsese, Steven Spielberg and Todd Phillips on board as producers. On June 3, Sarah Silverman was announced as an addition by Deadline. Silverman is slated to play Bernstein’s sister.

British actress Carey Mulligan will play Bernstein’s wife. We expect her to be a major focus in the film, as the description we found posted on West 68th Street between Columbus and Central Park West says “The story spans over 30 years, telling the beautiful complex story of the marriage and love affair between Leonard Bernstein and his wife, Felicia Montealegre.”

Also in the cast list is Matt Bomer from White Collar and the Magic Mike movie franchise. Variety writes that “Bernstein, who died in 1990 at age 72, was married to artist Felicia Montealegre and they had three children together. However, it was revealed after Bernstein’s death that his wife acknowledged that he was gay and had sexual relationships with men.” It’s rumored that Bomer will play a clarinet player who had a brief relationship with Bernstein.

There’s a bit of confusion as to what the movie’s actual title will be. It was originally slated to be Maestro, but friends of ours in the entertainment business showed us documents indicating the name was changed to Rybernia, the same name we’ve been seeing on signage around the Upper West Side, despite major publications still referring to the picture as Maestro.

Forward believes Rybernia is a “code name” for the film, saying “The more elaborate answer is that Rybernia is the childhood realm to which the future ‘Candide’ composer escaped — a world with its own Yiddish-inflected language and customs and, naturally for a budding composer, a national anthem.”

We’ll keep you posted as we learn more. Here’s a list of filming locations. 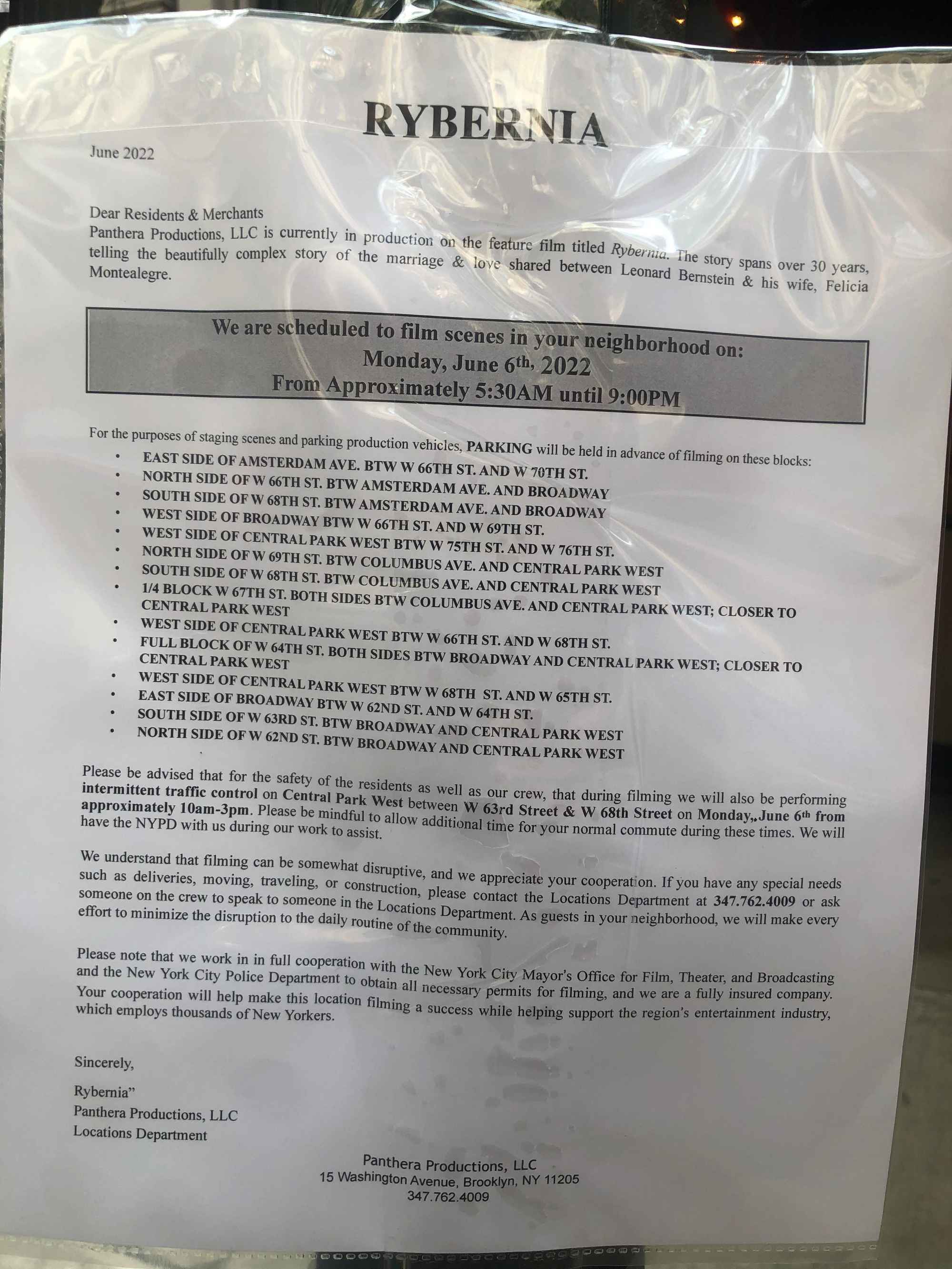 Broadway Mall Gala to Include Appearance by Cyndi Lauper