Bruce Willis has sold his Central Park West apartment for $17.75 million … which is exactly what he listed it for in January, as the Wall Street Journal first reported. Bruce and his wife first bought the Upper West Side apartment in 2015 for $16.995 million.  They recently purchased an apartment at One West End.


The Willis Apartment on CPW

The fourteen room duplex at 271 Central Park West has six bedrooms, four and a half baths, 150 feet of park frontage and beautiful views of Central Park. Ann Cutbill Lenane of Douglas Elliman marketed the property.

The living room has built-in bookcases, a chandelier and dark stained hardwood floors.

Willis and his wife, Emma Heming Willis (also an actress) apparently sold their apartment because they weren’t spending enough time in it.

271 Central Park West is an intimate, thirteen story pre-war co-op with just 2 apartments per floor. It was designed by Schwartz and Gross in 1913. 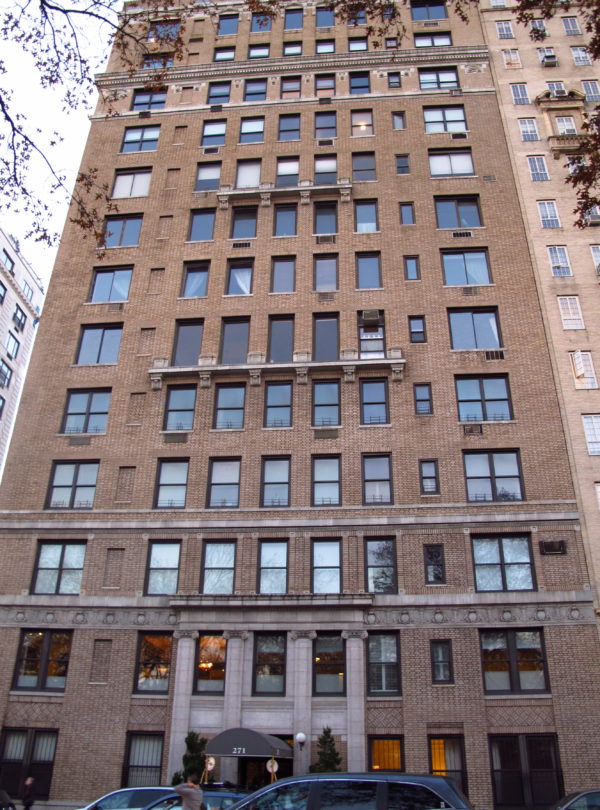 Bruce Willis is one of many NYC celebrities who have decided to remain on the UWS for years. He’s also owned apartments at the El Dorado (where Michael C. Hall recently purchased an apartment), Trump Place, and at the San Remo with his ex-wife Demi Moore.

Sign up for more exciting Upper West Side celebrity news!