Here are two recent updates on new developments on the UWS.

New York YIMBY reports that excavation work has begun at 1841 Broadway at 60th Street, a mixed-use tower which once complete, is expected to stand 24 stories and 281 feet tall, contain 162,000 square feet of residential space (spread across 173 apartments) and 12,000 square feet of commercial space. Global Holdings Management Group had pre-filed plans for the project in 2018. The design of 1841 Broadway will be handled by SLCE Architects.

New York YIMBY also reports that preparations to demolish three buildings on 96th between Broadway and West End have begun, which will make way for Fetner Properties’ 266 West 96th Street. The new building will be 23 stories tall and will come with 171 apartments, 68 of which will permanently be reserved for affordable housing. In addition, 80 of the apartments will be micro-units ranging in size from 290 to 340 square feet; these will be marketed to seniors.

One of the low-rise buildings being demolished was a former IRT substation. We first covered this transformation while it was in its proposal stage. Soon after the first public hearing, Fetner Properties released renderings of the project. 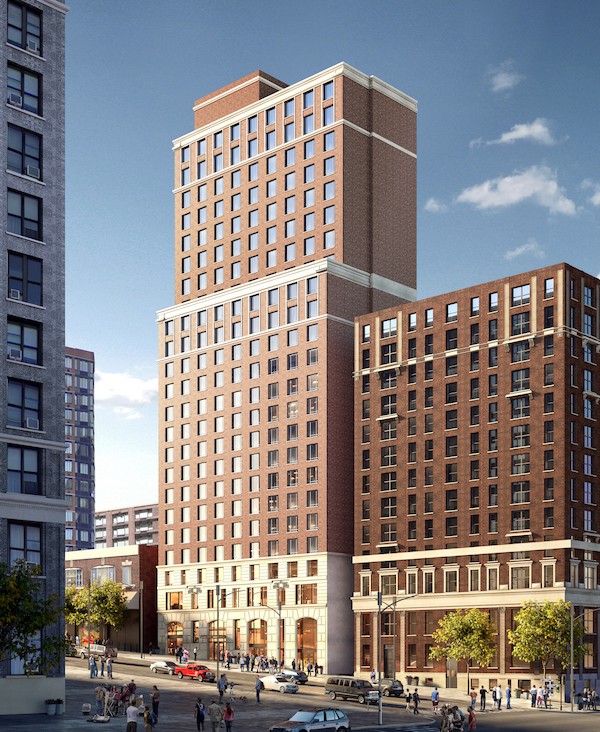