On January 14th, a Marshal’s Legal Possession notice was been posted in the window of Burke & Wills, the Australian restaurant located at 226 West 79th Street. Both Burke & Wills and Manhattan Cricket Club have closed.

We also just received an email from a former employee who wished to remain anonymous.

Burke and Wills owner Heathe St. Clair stole thousands to fund (a) restaurant in Mexico. (He) left employees jobless without notice. Employees literally came in and saw a Marshall sign on the door ..We are still owed weeks of checks. Bills constantly unpaid by owner and checks bounce(d). Purveyors constantly asking for owed money. Several investors screwed out of investment. Heathe owed several people money from the liquor companies, linen companies to ConEd. Still waiting on our money. Many people have proof of misdealings.


However, we received an email from the owner this morning who wanted to share his side of the story.

Due to yearly declining sales and mismanagement of food, liquor and labor costs it was decided by the shareholders to try and save what had been a great business. The existing managing shareholder left the operation.
I took over in May 2019 unfortunately it was an impossible task. We saw a 30% decline in sales this year and were trading below break even. I do not think we are the only restaurant to feel this decline. When speaking to colleagues and purveyors 2019 was a very tough year for everyone.
We had planned to close officially on Saturday the 18th again unfortunately negotiations with the landlord broke down and he seized the property. This was as much of a surprise to me as it was to the staff. Being closed down is a horrible experience for everyone and I understand the staff members feelings. Although grossly misinformed on much of the information supplied in the email.
This happened 2 days ago and we are currently working on getting all staff paid their back pay. For the record they are owed pay end 1/7 and 1/14. This was communicated to them via email yesterday.
As far as purveyors I have been in the restaurant business since 2003 and have used many of the same purveyors for all those years. They have become friends in that time and we will work diligently to find a way to pay them back.
Myself and the shareholders are very sad to have left what has been a great neighborhood to live and work in. We will sorely miss the upper west side.

In addition, he sent us a copy of an email he sent to his employees on the morning of January 15th:

I am very sorry for the bad news yesterday. The meeting that was scheduled yesterday was to tell you we would be closing next week due to the declining sales and rising costs of doing business in NYC.
I had been working on a deal to re invest back into the business to keep us open but unfortunately it fell through last minute. I did not expect the landlord to close us down immediately and had hoped to trade out the weekend and give you guys some notice.
I will be working with Joaquin over the coming days to get you your tips etc. All of our checks are locked up in the restaurant so we will be making cash payments.
If there is a shortfall on money owed I will find a way to get it to you.
Please remember when you think about this situation. No one is to blame and we all tried our best. As the business owner I am not just losing my job I am also losing about 1/4 million dollars my entire life savings basically.
Thank you all for your great service and I am sorry it ended this way.
Best
Heath


Before we got this feedback from the owner and former employee, we had called the Marshal’s office for more info. They told us the petitioner, Friendus Realty, started an action in landlord tenant court requesting a warrant for commercial non-payment last month. They moved forward with the eviction on January 14th. 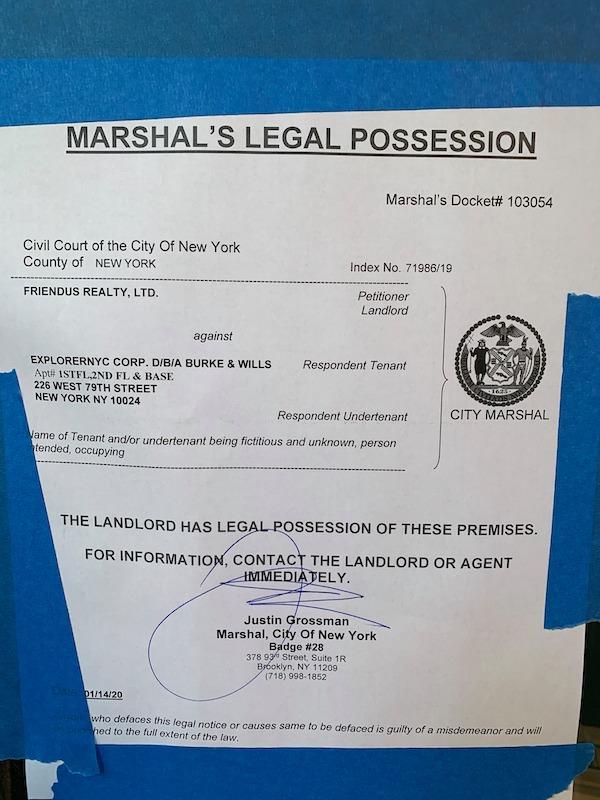 While the representative at the marshal’s office didn’t have information about the underlying issue, he said that it seemed like a pretty straight forward case of a tenant owing rent.

When we spoke to the landlord, he essentially said the same thing … that they were behind in rent.

Burke & Wills first opened in 2013 and gained a bit of a cult following for their unique Aussie vibes. Some of the more interesting plates they served included a Kangaroo Burger, bone marrow and a sardine appetizer. It was also a very popular spot for cocktails. 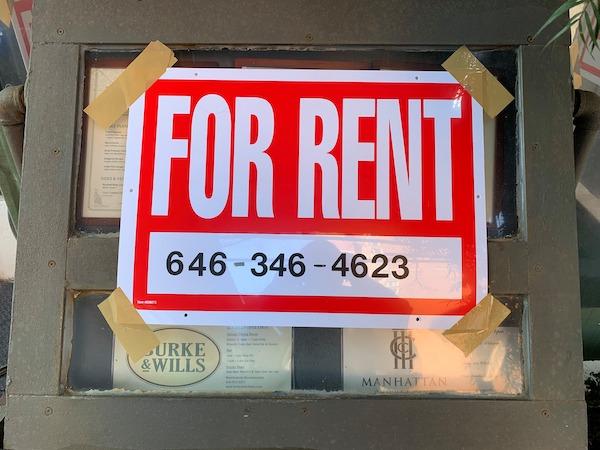 Wifi Spots on the Upper West Side (that are not Starbucks)