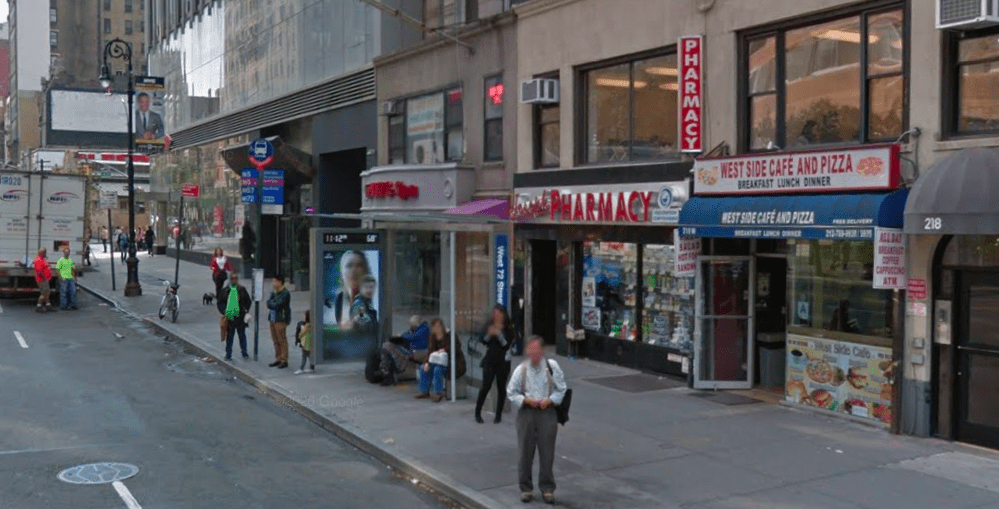 The Parker West condos are almost complete at 214 West 72nd Street, and District 6 Council Member Gale Brewer has received word that a bus shelter will be restored out front.

Brewer had been urged by UWS bus riders to ask for a shelter, whether the stop was relocated near Broadway or kept near the corner of Amsterdam, in front of a Citibank branch, which has been the temporary stop during condo construction over the past two-plus years (minus any seating). Brewer has learned from Manhattan Borough Commissioner Edward Pincar Jr. and NYC DOT Commissioner Ydanis Rodriguez that the stop, with shelter, will be returned.

We received this letter today from @NYC_DOT in response to a constituent concern about installing a bus shelter at 72nd and Broadway. We appreciate your attention and correspondence! @ydanis pic.twitter.com/DDtxGuM2xS

Parker West is named after famed poet and writer Dorothy Parker, whose childhood home originally was on the site but torn down for the condo development. She lived there with her family before her mother died in 1899. Dorothy, born in New Jersey, later remained on the Upper West Side, living on 71st, 73rd, 76th, 68th, and 80th streets. She died in 1967.