The Dublin House is one of the Upper West Side’s oldest bars, with its 100th anniversary taking place this year. But the long-time 79th Street fixture’s iconic neon signage has not shined for some time now, and the Irish bar’s owners are hoping to change that.

“Our neon dates back to 1933 when John Caraway commissioned E.G Clarke Inc. to design it – which would rank it among the oldest in the city,” reads a post on the bar’s Instagram page. “After [having] been closed for [the] majority of 2020 we are blessed to be able to reopen our doors but we are in need of help to bring this iconic neon back shining.”

The bar owners say the sign is in need of a costly restoration, and a GoFundMe campaign has been launched to raise $15,000 to pay for it.

The campaign was launched by Jeff Friedman of neon sign company Let There Be Neon, who writes that they “will be able to use original vintage neon tubing from [their] own secret stock to match the historically correct colors of the original sign.” 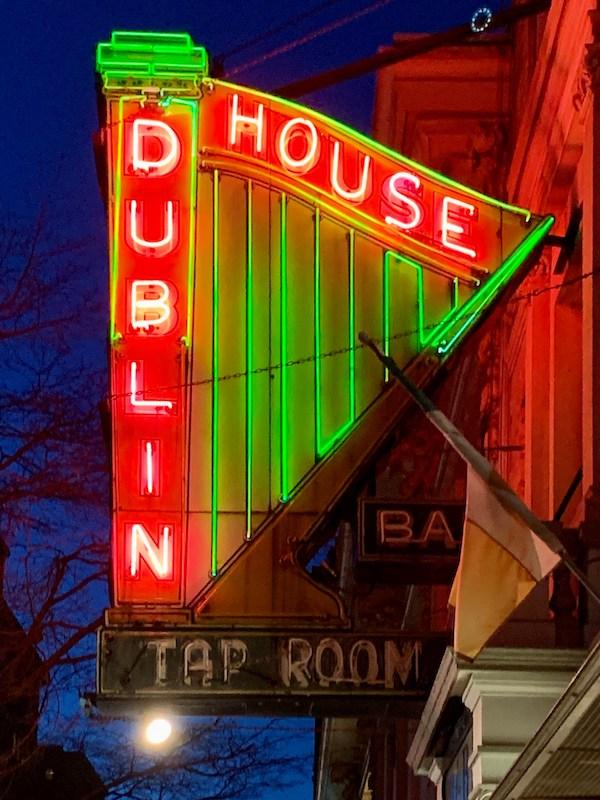 Friedman says donations will “go towards the removal of all old, non-working transformers, wiring, housings, and support posts from the sign that are no longer usable,” and estimates that the job will take 4 to 6 months to complete.

Those who donate $50 or more will get a free pint of Guinness. The campaign also states that  “Collector item certificates will be issued,” though further details about this are not specified.

Located at 225 West 79th Street (between Broadway and Amsterdam), The Dublin House first opened during the Prohibition era of the 1920s, officially opening as a legal pub in 1933.

Learn more about the bar at thedublinhousenyc.com, and click here to contribute to the GoFundMe campaign.

Where To Go Drinking (And Eating) With Your Dog!