A car free Central Park is now a reality!  After previously banning cars from roads above 72nd Street in 2015, they are now banned south of 72nd Street as well.

Environmental advocates have been pushing for this for years, so this is definitely a win for them. And a joyous occasion for runners and bikers! And for anyone who prefers smelling fresh grass over car fumes.

The crosstown streets will still be accessible by vehicle, and these bus routes will remain running.

A tweet from Helen Rosenthal: “Beyond thrilled that Central Park is to become permanently car-free — a victory for every New Yorker & our environment. Parks are for people, not cars. Special thanks to the countless advocates who have pushed for a car-free Central Park for years. @NYCMayorsOffice @NYCParks” 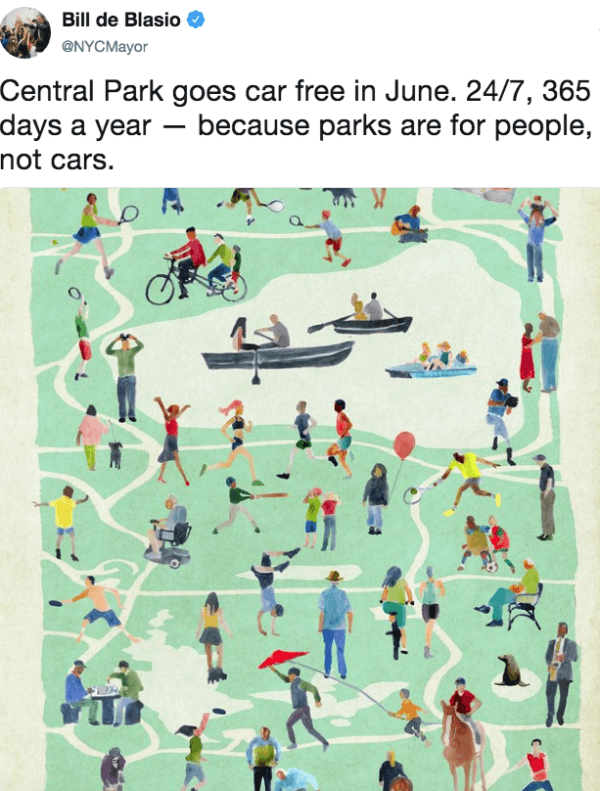 Open Streets for the Performing Arts