You can enjoy Central Park ice skating at two locations this winter! Wollman and Lasker Rinks are both wonderful outdoor destinations for locals and tourists alike. This is a wholesome and healthy activity for the whole family. Read on for more info about the two ice skating rinks in Central Park!

More in winter sports: the best skiing near nyc!

Wollman Rink is located in the south east section of Central Park. It can be accessed through the east side of the park at 59th Street. This ice skating rink has been open since 1949 (serving various purposes throughout the years) and has been a major attraction of Central Park ever since. In summer months, Wollman Rink becomes the Victorian Gardens amusement park.

The rink is open from late October to early April. Rates and hours sometimes change, but the prices are very reasonable ($12 for adults and $6 for kids under 11, at the time of this writing). 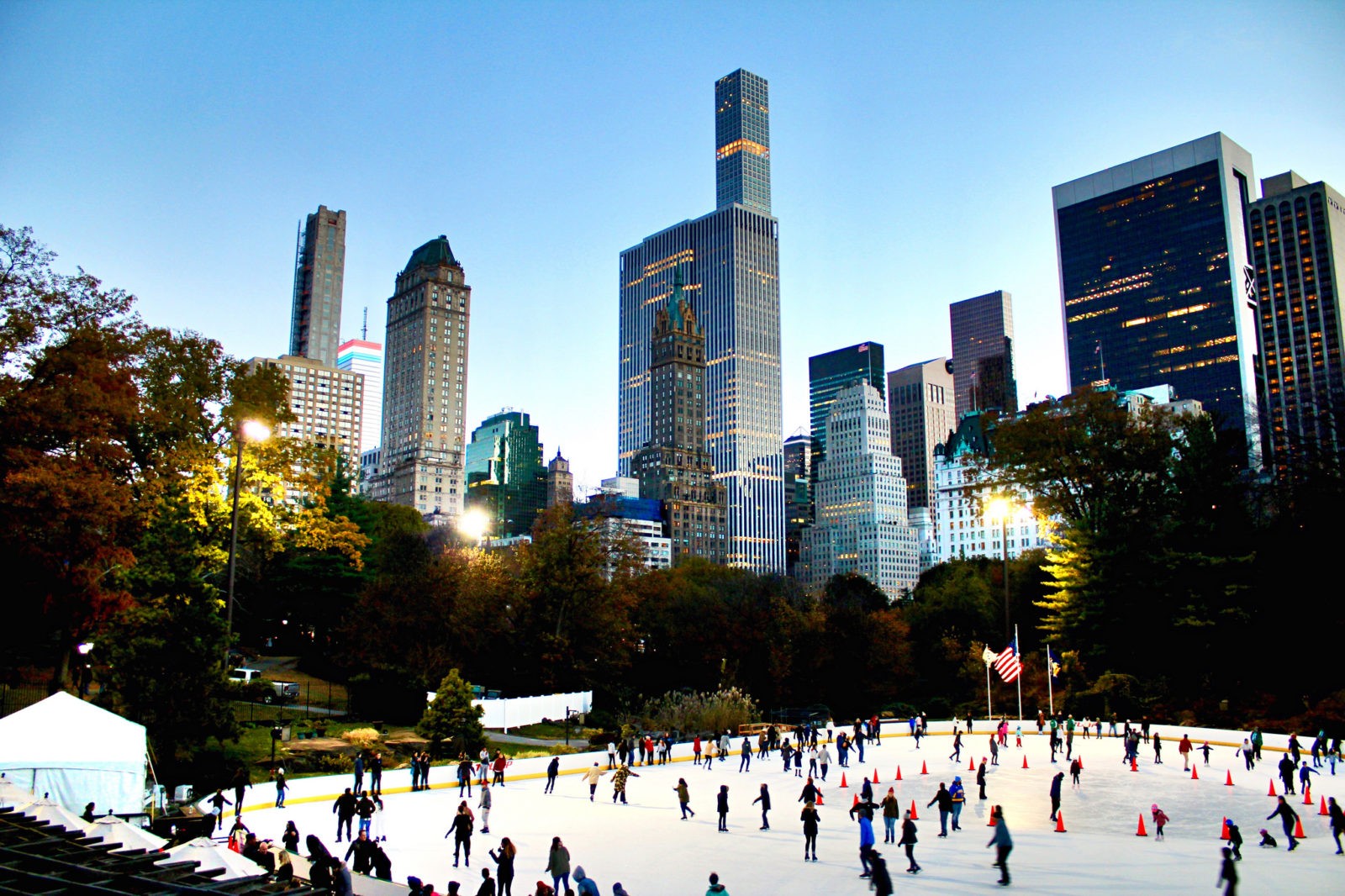 This Central Park ice skating school caters to both kids and adults. If you’re green to this winter sport, you can learn the very basics. And if you’re ready to expand your skills, you can take figure skating or ice hockey lessons.

Wollman Rink also offers birthday parties. Rates range from $40 to $45 per child depending on the day of the week. Birthday packages allow for all day ice skating in Central Park, with food and drink catering and balloons!

“The rink is located in Central Park south, 5-7 min walking distance from the entrance on 5th Ave/60th ST. It was truly a beautiful rink as the view was great!! We came here on a weekend evening. Even though there were many people, we still had enough space and enjoyed the ice skating.”

“The historic Wollman ice rink in Central Park is a landmark, surrounded by a panoramic view of the city. We came on Thanksgiving Day, just before the parade was over and the rink was pretty empty. It was wonderful! Pricey and Trumpy, but still wonderful!”

Things to do near Wollman Rink 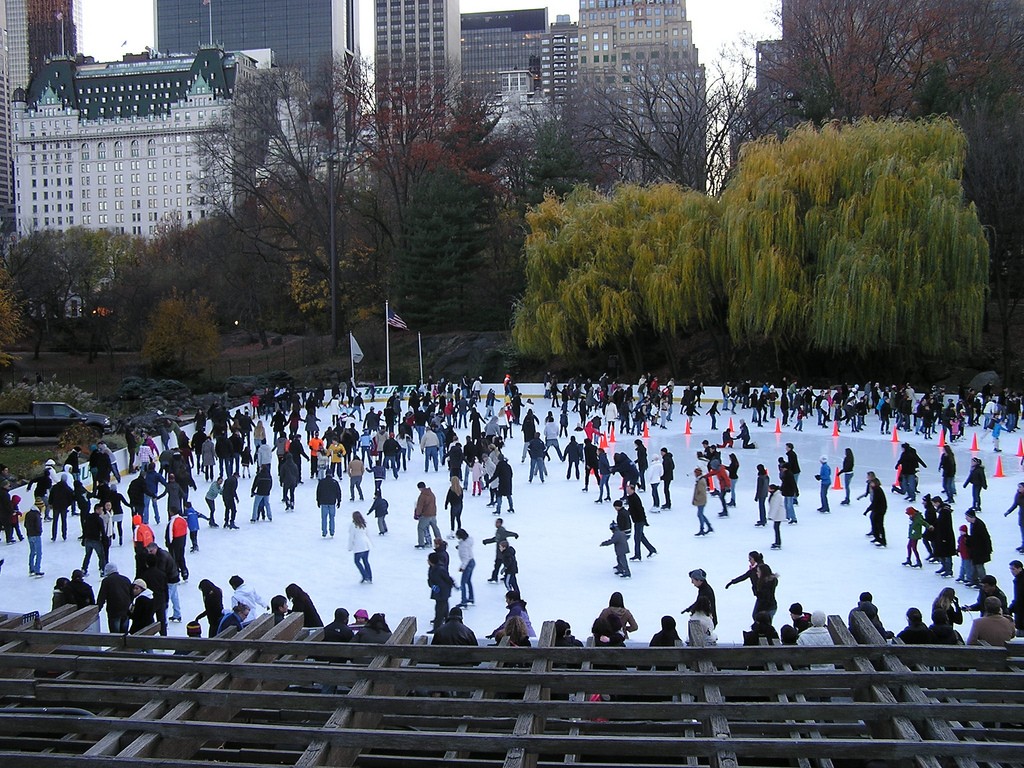 Lasker Rink is located in the northern part of Central Park (just south of the entrance at 110th and Lenox). This ice skating rink is actually a swimming pool in the summer. During the winter, Lasker Rink hosts skating, hockey for kids and adults as well as lessons for all.

This Central Park ice skating rink first opened in 1966 and is considered a bit less crowded and touristy than Wollman Rink. It’s also a bit less expensive; rates are $8 for adults and $4 for children 12 and younger.

Lasker Rink is open from late October through March. It currently includes two rinks, each 195 by 65 feet. 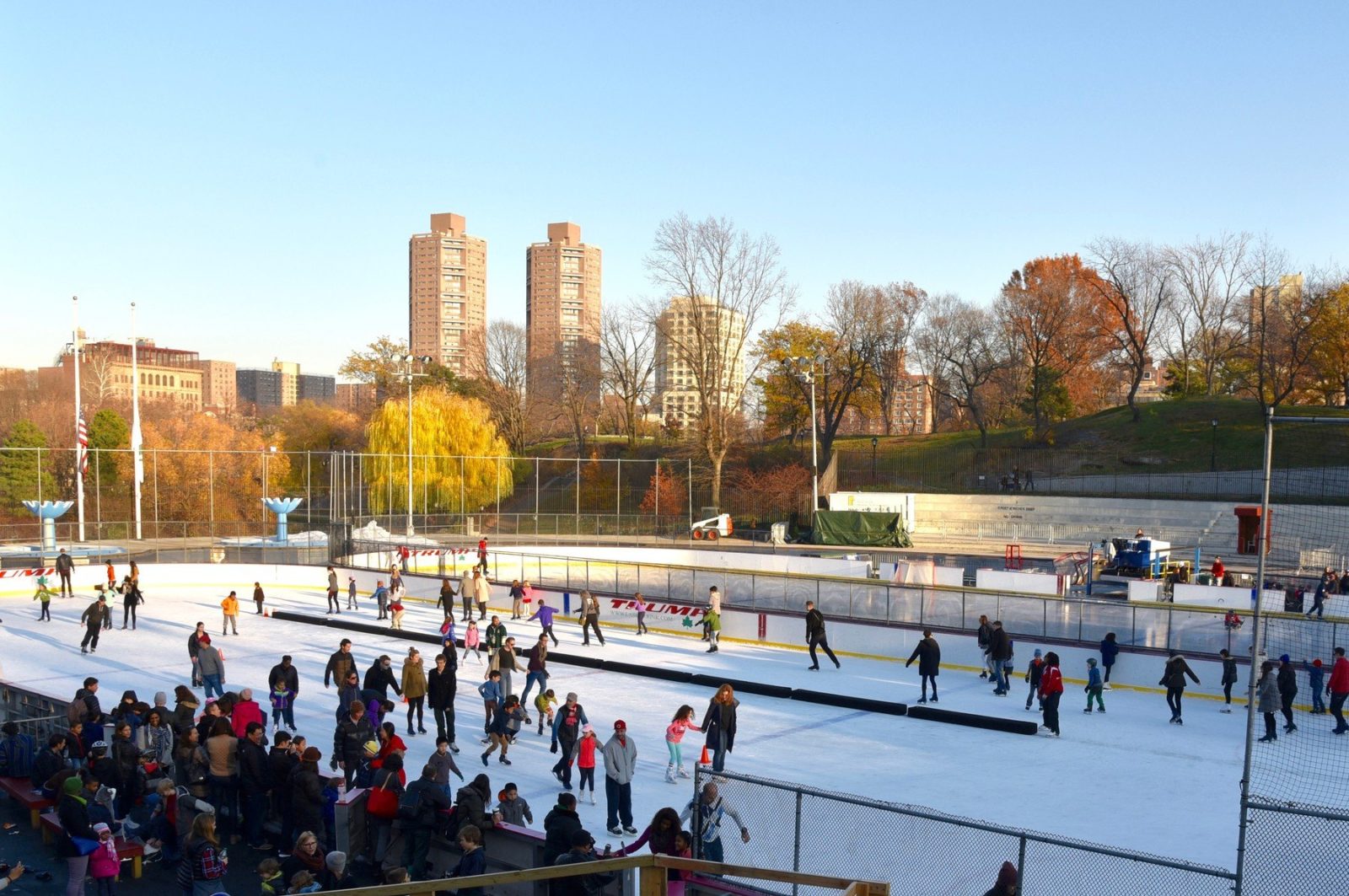 Lasker Rink has a place for pretty much anyone who wants to learn or improve their hockey skills.

There are several kids teams, both coed and single sex.

There are teams for adults to join based on skill level, plus an over 40 division and a women’s hockey team.

They also offer Special Hockey which is for adults with developmental disorders,

Lasker Skating Rink parties cater to children 4 and up (minimum of 12 children), parents are welcome, free of charge (skate rental for adults is additional)

“Nice rink in my neighborhood. It’s small, but it didn’t strike me as smaller than any other spots. It’s a bit less crowded than the downtown rinks, and definitely cheaper.”

“I went here for some hockey practice and I wasn’t disappointed. Admission is only $10 (much cheaper than any other rink in Queens or possibly even Manhattan), and the hours are actually in the day. At the other places I know of stick and puck is $20 and only offered for a few hours in the early morning or late evening! There’s also always a decent amount of people, but one does have to worry about running into children; and not being hit by the occasional older idiot that shoots the puck without any regard. From what I know about the public skating rink, it seems a bit overcrowded and definitely more expensive than rinks outside the borough; but I don’t plan on practicing my skating here anyway.”

Things to do near Lasker Rink 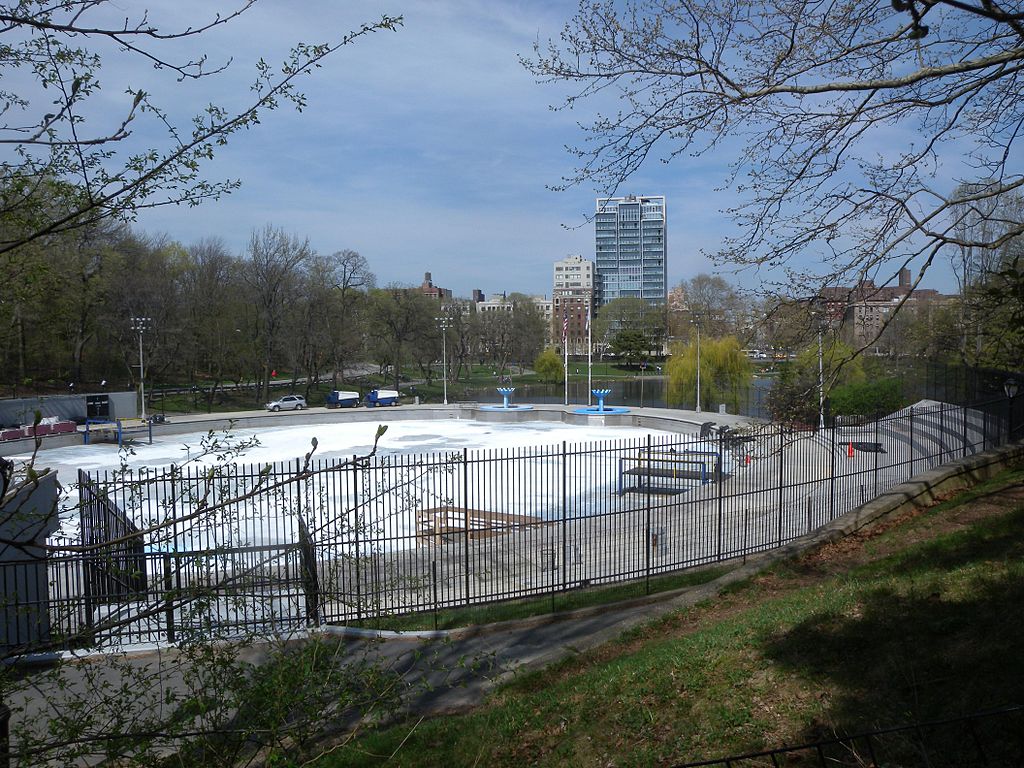 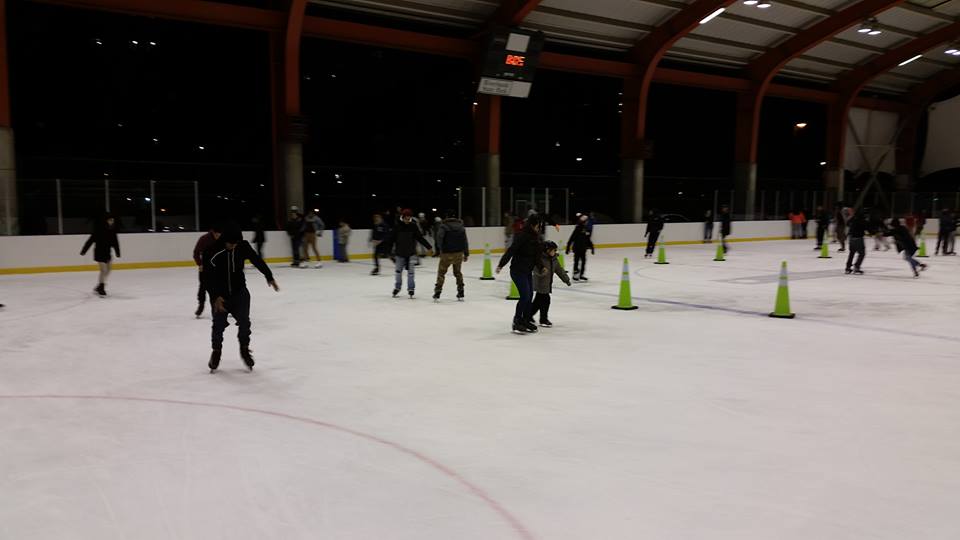 The Standard Ice Rink. This ice skating rink is located at the Standard Hotel at 848 Washington Street in downtown Manhattan.  http://www.standardhotels.com/tagged/ice-rink 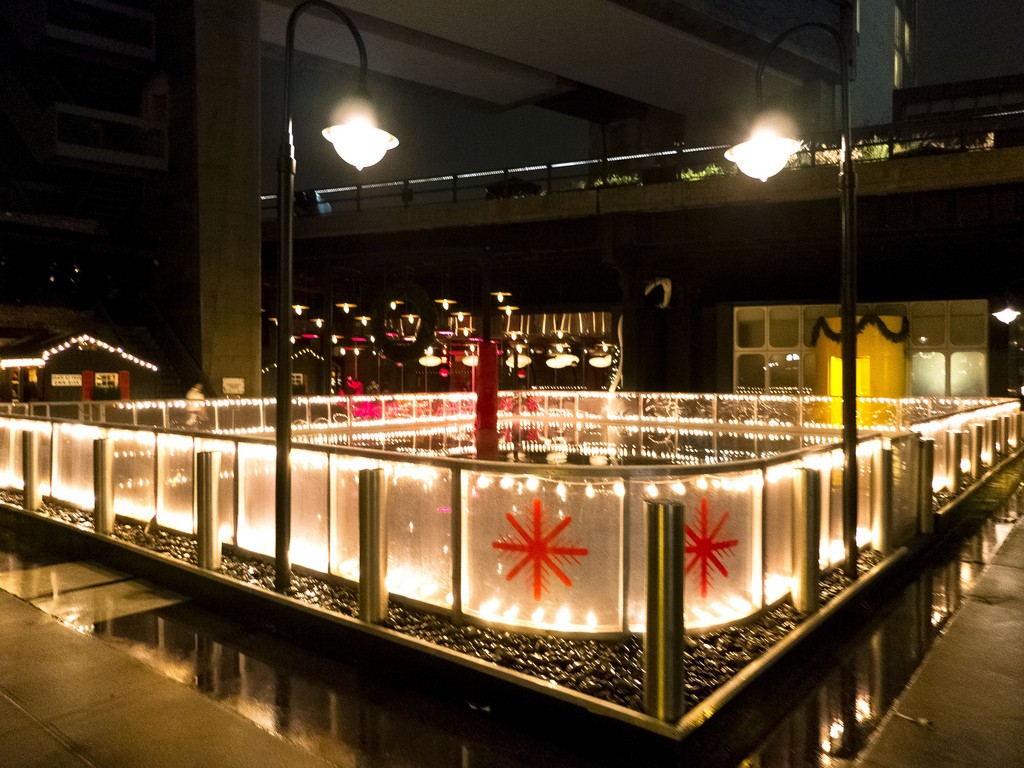 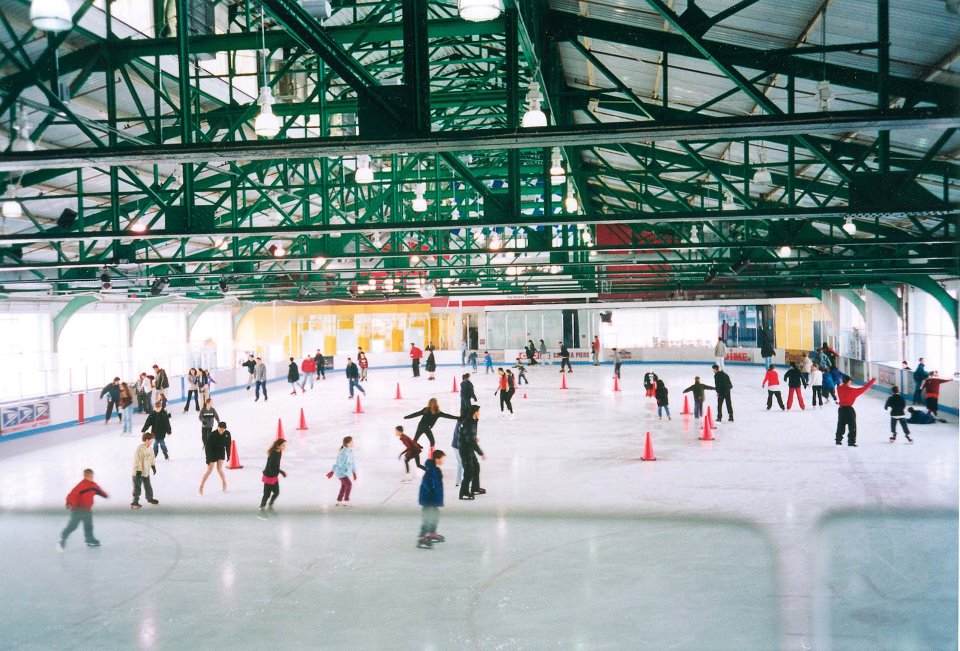 The Rink at Brookfield Place. Brookfield Place is a lower-Manhattan complex with shopping, dining and more. Located at 230 Vesey Street. https://brookfieldplaceny.com/directory/the-rink 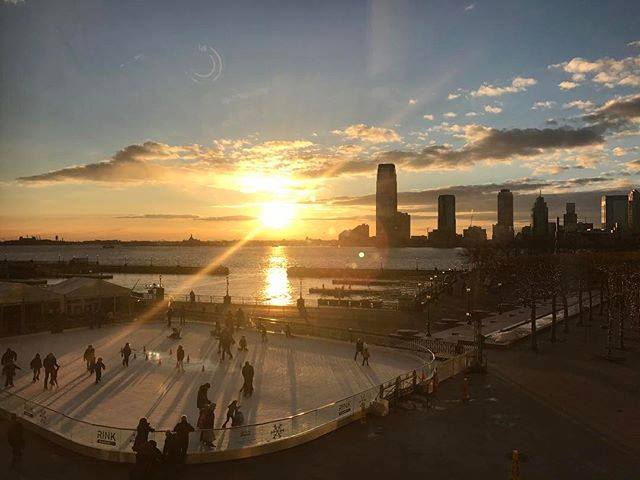 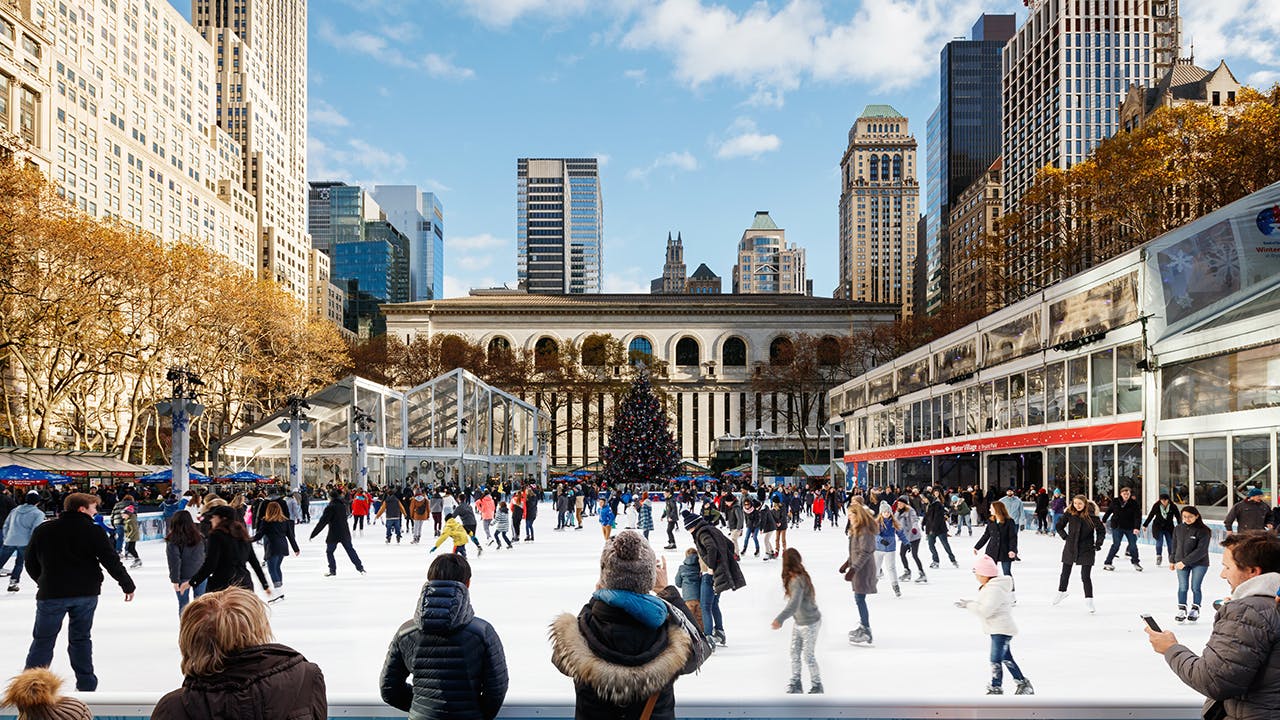 City Ice Pavilion. This is a massive indoor ice skating rink in Long Island City, which is very close to Midtown Manhattan. https://www.cityicepavilion.com/ 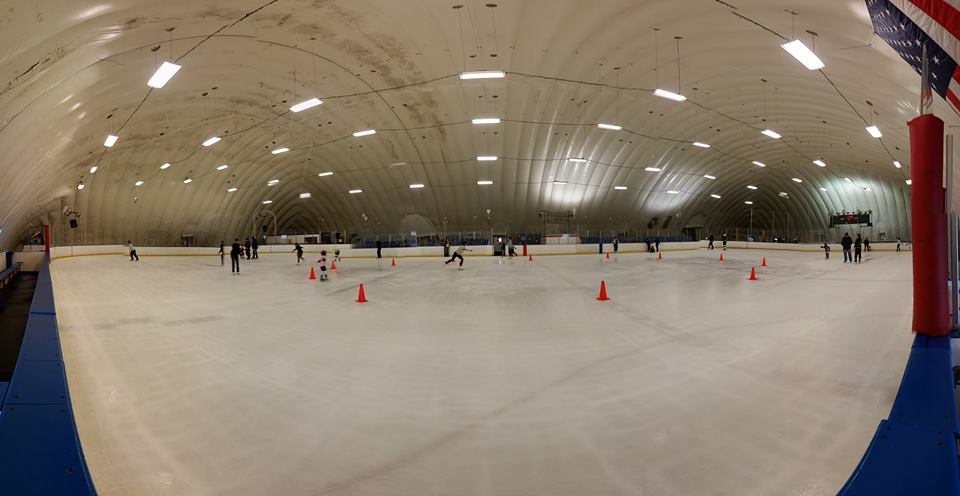 History of Ice Skating in NYC

Ice skating in Central Park pre-dates the construction of Wollman and Lasker Rinks.  Skaters once used the ponds and lakes to enjoy this winter sport. The Lake in Central Park, before Central Park was completed in the 1970s, was a highly popular place to ice skate. Former skating sites also existed where several parks in Brooklyn have since been built. Ice skating in the 19th century was massively popular in NYC. As the sport grew more and more in popularity, rinks would be built throughout the five boroughs.

Upper West Siders Are Wondering Where Their Newspapers Are Going