An 80-year-old secret section of Central Park has recently opened its doors to the public for the first time since 1934. The beautiful Hallett Nature Sanctuary is a great spot to unwind and escape from the city’s fast-paced rhythm. The sanctuary is prime for birdwatching and acts as a peaceful retreat of pure tranquility in the midst of the action of NYC. Explore the nature preserve’s grounds away from the crowds and snap some wonderful photos of the lush scenery.  And if you happen to be reading this article during summer, here’s another Central Park gem you’ll want to know about!

The Hallett Nature Sanctuary is a secluded 4-acre area that has been kept private ever since it was declared to be preserved as a safe space for migratory birds. Visitors can now explore this beautiful sanctuary on Mondays, Wednesdays, and Fridays from 2 to 5pm starting June 30 through July 1. Birding hours will take place on Thursdays from 8 to 10am. A slightly different schedule will be put in place for the rest of the summer that’s yet to be determined. Please refer to Central Park Conservancy’s official website for more information on upcoming times: http://www.centralparknyc.org/about/about-cpc/ 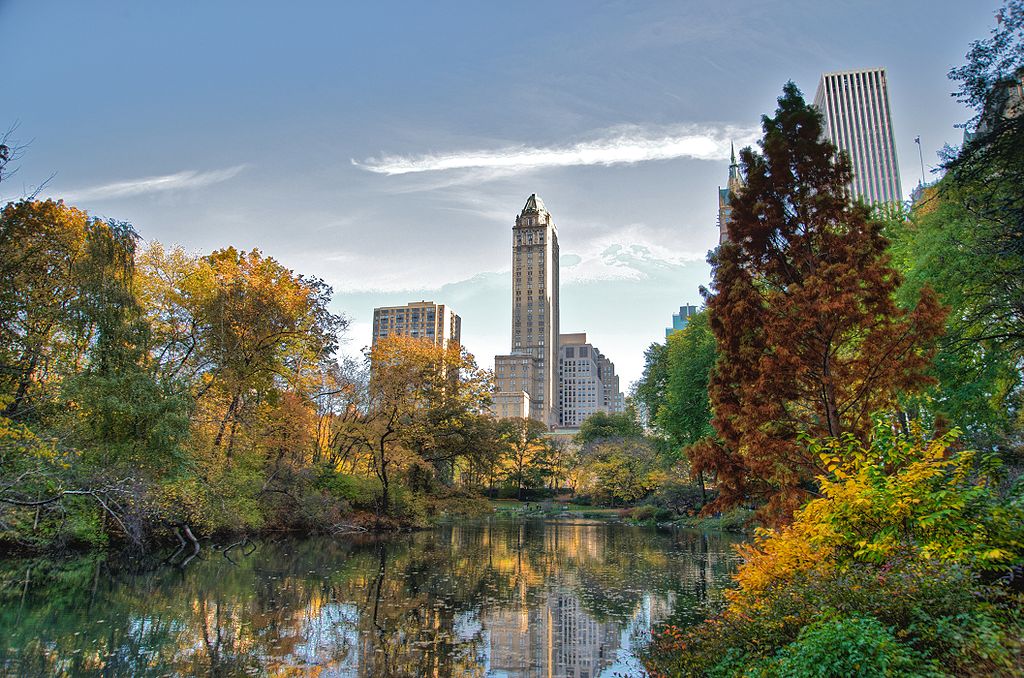 The sanctuary is named in remembrance of avid birdwatcher George Harvey Hallett Jr. who was a passionate naturalist and served as an executive secretary to the Citizens Union. The park is located right at the tip of the southeast corner of Central Park and East 60th St. The Hallett sanctuary features a number of traveling paths that traverse through the woodland and allow for close observation of native plants, flowers, and trees. The sanctuary is the only fenced-off section in Central Park besides the Jacqueline Kennedy Onassis Reservoir. While strolling through Hallett, visitors will encounter native species to the area such as trillium, may apples, and echinacea while also coming in contact with a variety of birds and diverse wildlife. Some birds make Central Park their temporary home during their migratory journey while others make it their year-round residence such as bluejays and woodpeckers. 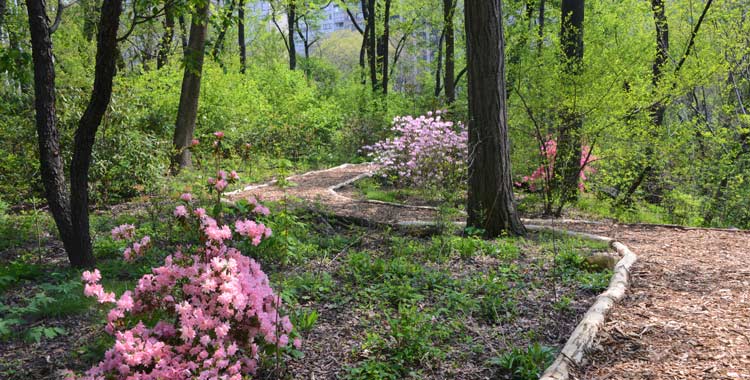 The park’s staff has made a distinct effort over the years to bring life to this once forgotten area of Central Park. Their hard work has transformed it into a place of peace away from the nearby hustle and bustle of Manhattan’s busy streets. Here, visitors will be able to unwind, connect with nature, and experience a moment of absolute serenity. Hallett also comes with a lovely promenade that offers views of the city’s skyline in the distance making it the perfect retreat after a long day at the office.

The nature preserve was restored in the 1980’s when invasive plant species such as ailanthus and wisterias started to take over the land. In an effort to improve the park’s grounds, the invasive plant species were removed and replaced with native shrugs that would promote a healthy growth for the flowers and vegetation. Even though migratory birds do frequent the reserve as they make their way south on the Atlantic Flyway, some animals can also be spotted year-round including raccoons, rabbits, and woodchucks. The restoration gave way to construction of the rustic Gapstow Bridge, an island for birds and turtles (check out the Turtle Pond), a series of small pools and cascades, a waterfall, and a new shoreline. The Hallett Nature Sanctuary is one of the park’s only three woodlands (the others being The Ramble and North Woods). 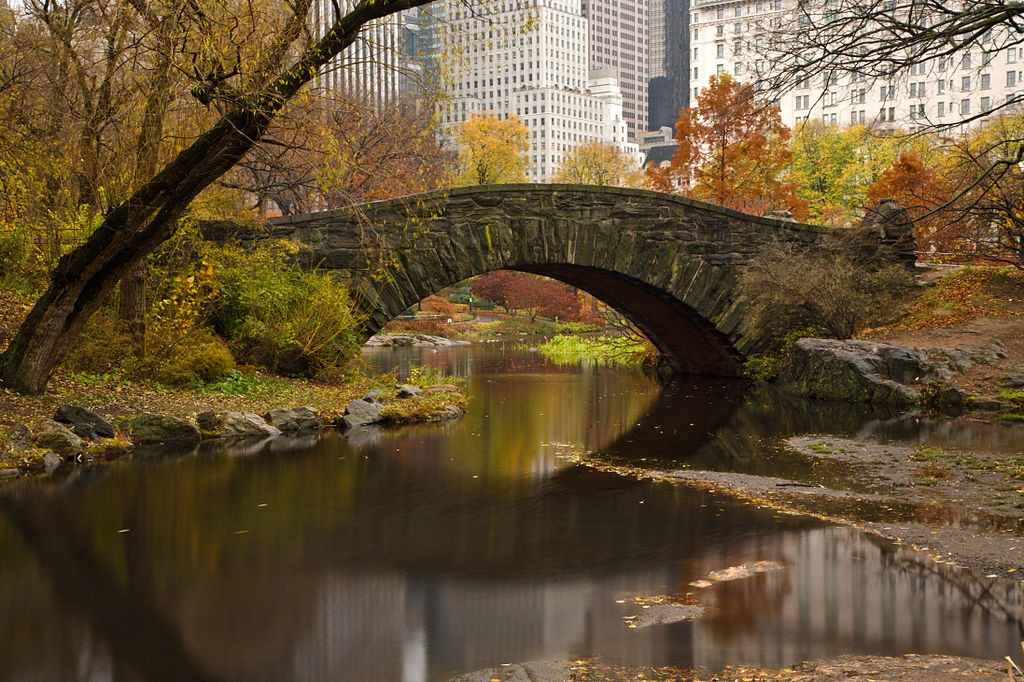 Central Park Conservancy is a private nonprofit organization that takes care of the park’s grounds. The organization was formed in 1980 after a group of citizens decided to rescue the park from it’s state of decay. Since then, CPC has invested close to $800 million into the improvement of the park so that it can be enjoyed by New Yorkers and travelers alike for many more years to come. The CPC has become a world leader and an example to follow in urban park management. Their mission is to promote the good use of urban parks and protect them from pollution and other manmade threats.

The park was temporarily closed in 2006 when an unexpected guest was found making it’s way through the Hallett preserve. The visitor turned out to be an adventurous coyote who received the nickname of Hal the Central Park Coyote after the sanctuary’s name. Visitors can take an hour-long guided tour explaining the history of the sanctuary and it’s wildlife. For more information, please visit; http://www.centralparknyc.org/events/parent-events/hallett-nature-sanctuary-and-the-pond-tour.html

Lost Ring FOUND By Our Reader!