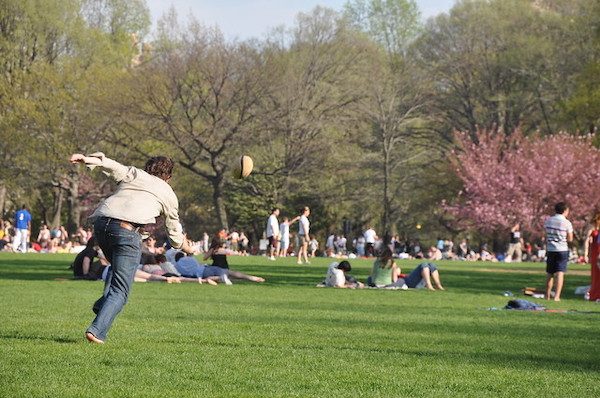 Since the late 1930s, the Great Lawn has been home to softball games, sunbathing and picnics, making it one of New York City’s most beloved outdoor spaces. But it began its existence not as a place to exercise or relax, but as a symbol of crippling poverty.

Homeless and desperate at the beginning of the Great Depression, unemployed New Yorkers used the site to build small shacks out of scrap metal and wood. Soon, one of the nation’s most well-known “Hoovervilles” had formed within Central Park. 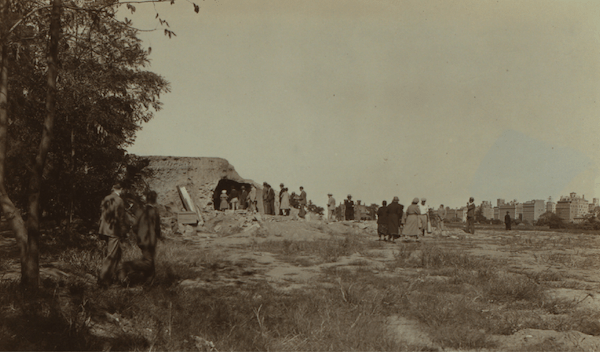 1932: “Unemployed squatters’ dwelling on the lower reservoir site.” Via NYPL 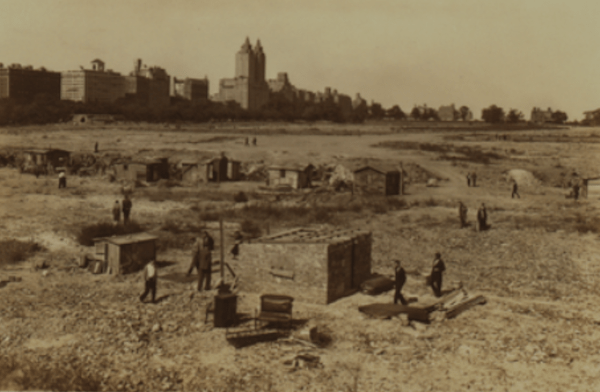 Before the Hooverville or Great Lawn existed, the area north of Belvedere Castle was occupied by one of Central Park’s two massive reservoirs. In combination with the current Jacqueline Kennedy Onassis Reservoir, the rectangular Lower Reservoir formed a crucial part of the Old Croton Aqueduct system, which was the primary water source for New York City from 1842 to 1890.

By the beginning of the 20th century, the Lower Reservoir was made obsolete by the New Croton Aqueduct and Catskill Aqueduct. Plans were quickly made to fill the reservoir to create more usable space in Central Park. Unsurprisingly, the specifics of the decision were immediately controversial and politicized, with many groups arguing for different uses of the space.

Debates over the space continued until the United States joined World War I and both public and government attention was diverted to the war effort. The controversy resumed following the war when the intention to drain the reservoir and build a sunken memorial to the old aqueduct was adapted into plans for a memorial for fallen soldiers. Neither idea made it past the red tape surrounding the issue. Finally, Frederick Olmsted’s original designs for Central Park were revitalized by his son and the decision was made to fill the reservoir and create a natural, green space. Although a finished Great Lawn was in sight, one last unexpected roadblock stood in the way.

On October 29, 1929, also known as “Black Tuesday”, the stock market crashed and the effects of the Great Depression began to spread across the country and the world. New York City was not exempt and any funding for the Great Lawn project quickly dried up. The Lower Reservoir was partially filled in 1930 but then began to sit as an unused dirt lot.

Meanwhile, collections of roughly built shacks began to appear throughout the country as lower-class workers could no longer afford homes. These small, make-shift villages were soon named after President Herbert Hoover, who many felt was to blame for the Depression. In 1930, one of New York City’s Hoovervilles began to form on the reservoir site. 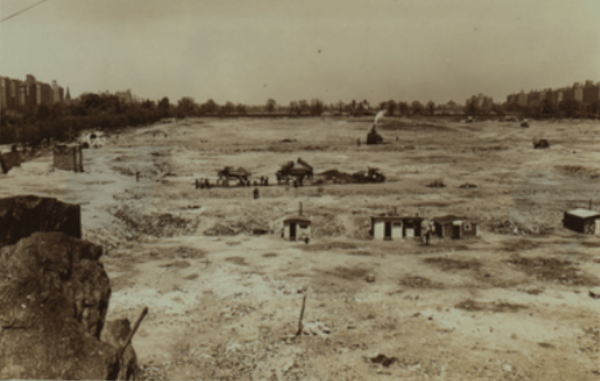 1932: “Squatters’ shacks on the lower reservoir site.” Via NYPL

Officials raided the Hooverville occasionally but expressed sympathy towards its inhabitants, even complimenting them on their cleanliness and organization. One judge released 22 men arrested in the Central Park Hooverville and gave them $2 each from his own wallet. Many of the unemployed men living in the park were construction workers who built sturdy shacks of metal, wood, and even brick, but they lacked running water and sewers. 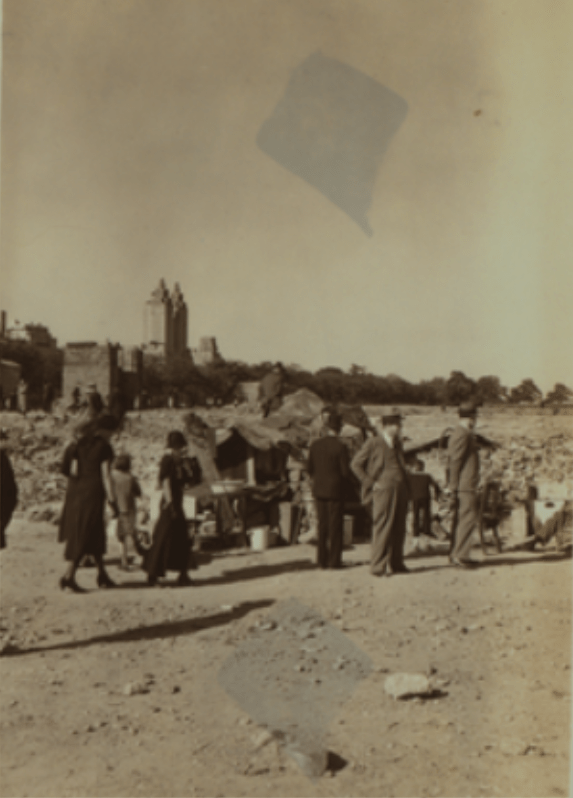 1932: “Sightseers visiting the colony on the old reservoir site.” Via NYPL

In 1933, the economy began a slow crawl towards recovery and work on the Great Lawn resumed. The Hooverville was demolished and its inhabitants disappeared into the city. Four years later, the Great Lawn was completed and quickly became one of the most popular areas of the park. Today, no trace remains of the temporary symbol of poverty and resolve that once stood in the shadows of Central Park West and 5th Avenue.