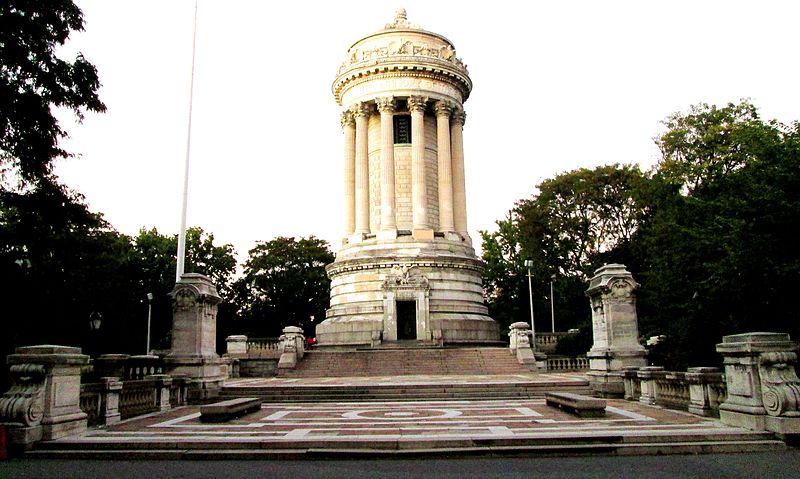 Photo by Beyond My Ken via Wikipedia

On January 12, the Mayor’s Office of the City of New York released the preliminary city budget for 2024. Included is $62.3 million in funding toward the restoration of an Upper West Side landmark.

The Soldiers’ and Sailors’ Monument, and surrounding Plaza, “commemorates Union Army soldiers and sailors who served in the Civil War.” Located along Riverside Drive at 89th Street, the monument is one of only five in the City Parks Systems with landmark status. First unveiled in 1902, the Monument most recently went through extensive renovations in the 1960s, when $1 million was spent on a new roof and fixes to the interior.

More recently, in 2017, a Parks Department report found the structure to be in a “near-catastrophic state of decay.” What’s more, the surrounding area, including the plaza, stairs, and park itself, needs significant stabilization. The restoration of the monument has recently been championed by City Council Member Gale Brewer, Manhattan Borough President Mark Levine, NYC Parks Commissioner Sue Donoghue, and other city officials.

In 2019, Riverside Park Administrator John Herrold said of the monument that while it was “meant to be a beautiful place to remember the past and war and people who were lost… it’s very hard to even think about that when you’re seeing the neglect and what that neglect represents.” Many Upper West Siders may only have experienced the structure from a distance – it’s long been fenced off and inaccessible to the public. But the interior as described includes carved marble, statuary niches, green mosaic fronds, and other ornamentation and artistry. Based upon the “ancient Choragic monument of Lysicrates” in Athens, the intention for the space has been not only physical beauty, but a place of calm reflection.

The 2017 study estimated a restoration cost over $30 million, but, according to Gale Brewer, “all during the Bloomberg and de Blasio years nobody put the time and money together.” Now, Mayor Adams has earmarked more than double that amount – so hopefully Upper West Siders will be able to enjoy a restored Monument and Plaza some time soon.