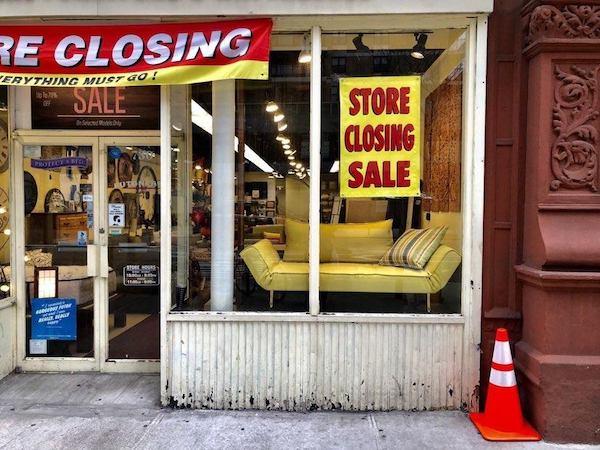 While store closing signs can be seen in the window of Futonland at 730 Amsterdam Avenue, between 95th and 96th Streets, the manager, Nas, tells us they’re in the process of negotiating lease terms with their landlord, and there appears to be a 50/50 chance they’ll stay open.

Clearance sales are nevertheless being offered at the furniture store, which Nas tells us has been open at its UWS location for about 20 years. He’s been the store manager for the last 6.

Nas told us that if they do end up closing the store, they’d be looking to open a new location on the Upper West Side.

Until further notice, the UWS store is open Monday – Saturday from 10am-8pm and on Sundays from 11am-6pm.

Futonland was founded in 1995 in Queens. They have additional location in Greenpoint, BK, and in Newark, NJ. Nas tells us both of these locations are in good standing.

Upper West Side Toy Stores and Beyond

Will Paper House Be Closing?