On Tuesday night, Community Board 7 discussed the application from the Children’s Museum of Manhattan to the Landmark’s Preservation Commission for a rooftop addition and the removal of stained glass windows. As we reported in mid-December, the Preservation Committee had put forth a resolution to disapprove these changes, but would reconsider if CMOM came back with updated plans.

CMOM declined to meet with the Preservation Committee for a follow up meeting ahead of the board meeting, but the committee was given updated plans a few days ahead of the meeting. After reviewing the plans, the committee put forth an amended resolution to approve the proposed changes.

The Chairman of the Board, Mark Diller, stated “We’re very excited about the prospect of having the museum move to the 96th Street site.” He then asked the Preservation Committee chairs to do an overview of the proposed changes.

“As you can see, the previous owner of the building removed a lot of what was interesting about the interior, and that’s not really a concern, but we are concerned about these windows. It’s possible that they’ll be able to save at least one of these windows,” said one of the committee chairs.

“On the roof top. We asked them to please reconsider and come back with a different design. We had quite a lot of problems with the additions,” said the committee chair.

CMOM architects explained what the proposed changes would look like.

“We are still proposing to remove the stained glass windows. Since we last talked to the preservation committee, we have been in touch with the National Building Arts Center to take the windows,” said the CMOM architect.

“We also are talking about keeping one of the stained glass windows and restoring it, and displaying it inside the church so it can be used as an educational opportunity to educate all visitors of all ages, both kids and adults, about the history of the building,” he said.

The roof deck plans were scaled back.

“One of the first things we’ve looked at is actually relocating some of the equipment, between the sixth and seventh floors, which allowed us to reduce the volume on the north side of the building. We think that will allow more sunlight to reach the neighboring buildings to the north, and also keep more in line with the existing profile,” said the CMOM architect.

After the architects spoke, the committee read the updated resolution in its entirety which outlined all the changes. The Preservation Committee found the changes suitable for their approval and reversed their previous disapproval.

Board members spoke up to state their concern that these changes were being brought forth for the first time tonight, and there were a lot of questions and issues. They discussed postponing the vote.

The floor was then opened to community speakers, the majority of whom were supportive of CMOM moving into the building, but opposed the architectural changes.

“Unfortunately the excitement [of CMOM moving in] was significantly tempered when I saw the aggressive plan being proposed, dramatically altering this beautiful building,” said one speaker.

Others were upset over the fact that they had supported CMOM after fighting against a previous owner’s plans to turn the space into condos.

“I was happy that we had been able to pave the way for the purchase of this property by the Children’s Museum, an institution that serves the community. Needless to say we were all maligned that the Children’s Museum was planning to do exactly what we had fought so hard to prevent a developer from doing. Violating the integrity of the architecture,” said the speaker.

Supporters said that they were excited for the new design and functionality the changes would offer to the community.

“I want to convey the excitement for breathing new life into this beautiful, but recently neglected building, and the community that that museum has been in for decades. The building itself will be a fantastic teaching tool for the museum where young children and families will learn not just about building, the arts, craftsmanship and design, but also about history and sustainability.”

Two architects spoke about their concerns.

“It’s still a bunch of boxes on top of the roof of the building, and the roof ought to be part of a landmark. It is one of the great landmarks in New York City. And it’s time we require that landmarks be preserved. This is the one where you can start,” one of the architects said. 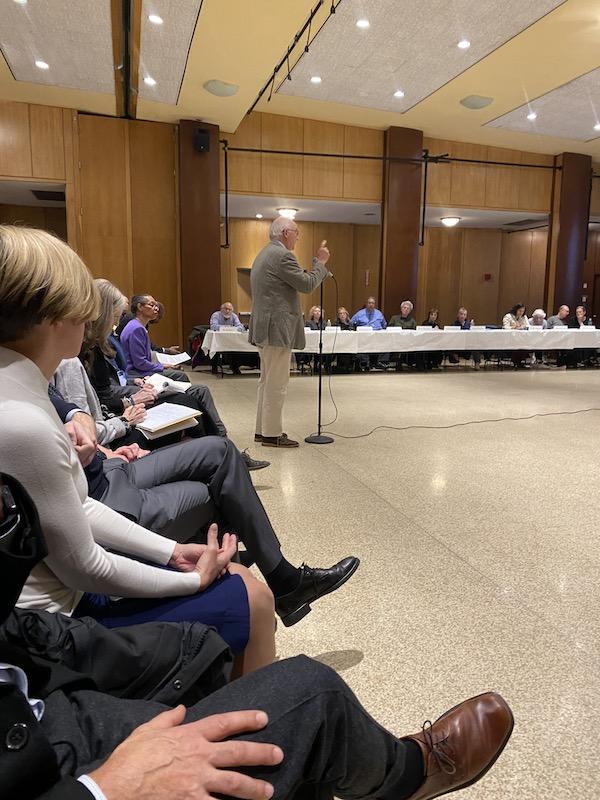 Another speaker read a letter that was written by the Director of the Department of Decorative Arts at the Metropolitan Museum of Art. The letter said that any moving or tampering with the stained glass would have a severe negative impact on the character of the building.

Many Upper West Siders who live close to the museum expressed concerns about how it would impact their lives. 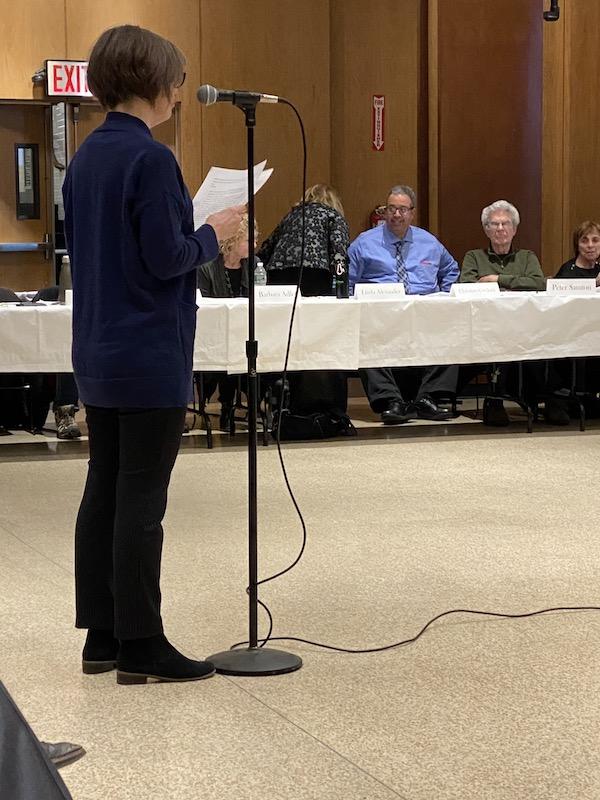 One community member was concerned about … the birds.

“I also want to speak on behalf of those who can’t speak: birds,” said one neighbor. She stated she would like to make sure that the birds that roost in the church chimney are taken into consideration. She proposed putting cameras in the chimney so that children could watch and learn about them.

There was also a large representation for the members of the Christian Science Church. The pastor of the church and the former first lady spoke passionately about maintaining the church as a house of worship. 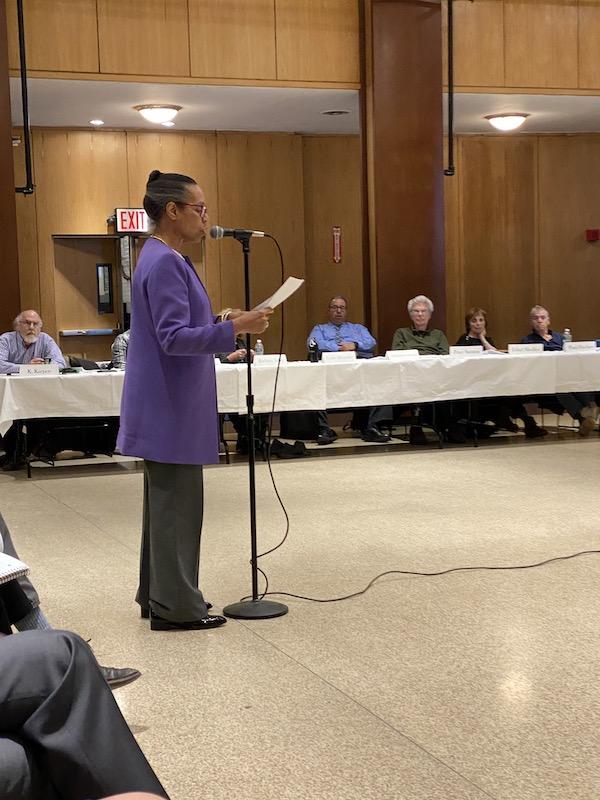 When the community remarks concluded, the board once again discussed if delaying the vote was possible. It was decided that the board could not guarantee that Landmarks would postpone and a recommendation should be made. Each board member was given the opportunity to ask questions and make comments.

Most Board members said they support CMOM, but could not approve the resolution with the recommended changes.

“I can’t believe I’m going to vote against this. But that’s what the presentation convinced me to do,” said one member.

“My bottom line is if I have to vote tonight, I will vote to disapprove. Nobody wants to see that building fixed up more than I do. And I wish that I could vote for tonight but I just can’t,” said another.

Chairman Mark Diller said he would approve based on the following reasoning: “I don’t think that as a government, we have any business telling any private user that they have to retain religious iconography as a condition of governmental approval. I think the first amendment tells us that while I may share a love for them, the beautiful stained glass window on the east facade, I can’t in good conscience vote to require somebody to keep it.”

There were other board members who agreed with the Chairman’s response. The Chairman also gave CMOM the opportunity to speak, but they declined.

The board took two votes. One was on the new resolution, to approve the proposed changes, and the second was to keep the original resolution, which was a recommendation of disapproval.

Tags:Children's Museum of Manhattan, Community Board 7