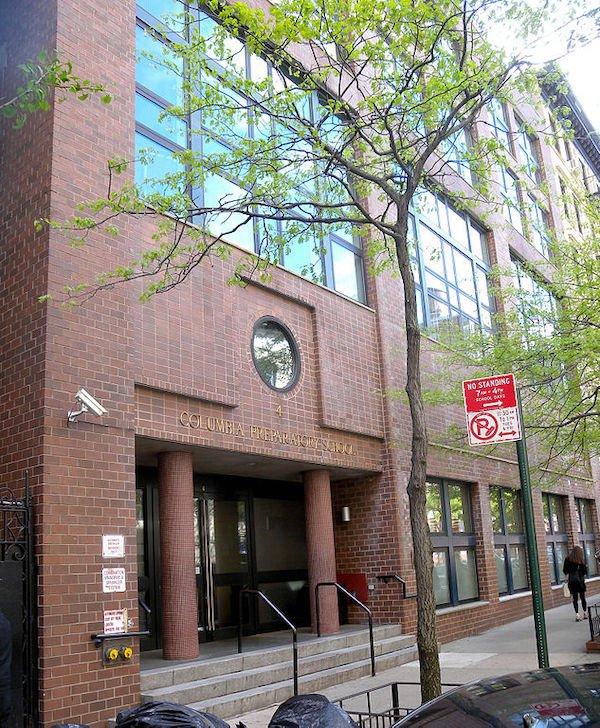 Whether a supporter or otherwise, it would be hard to argue that the short-lived Trump administration was not definitively chaotic. The daily news cycle was drenched in all things Trump, his Twitter, and his tendency to taunt and tease. The administration’s clutches often gave the impression that little was left untouched, nothing too sacred. Some would argue the expanse was for the better, others would liken it to scorched earth.

Regardless of where you may stand on all things Trump, the fact is that its latest talon has reached the Upper West Side and the Columbia Grammar & Preparatory School.

Donald Trump was a Columbia Grammar & Prep dad. And as things seem to go in Trump Land, it was perhaps only a matter of time that his connection to the school would be part of the ongoing and multifaceted criminal investigation by the Manhattan District Attorney. The Wall Street Journal was the first to report this story.

It’s no secret that the former Fifth Avenue resident and Queens native is the subject of not only the Manhattan D.A. investigation, but also one by the New York Attorney General for various financial crimes. The former centers around “whether Mr. Trump and the company falsely manipulated property values to obtain loans and tax benefits.” Attorney General Letitia James is examining Trump for tax fraud. Also, the State of Georgia has an open criminal investigation into his attempts to influence the outcome of the State’s general election results.

Prior financial investigations involving Donald Trump have not turned out so well for him, particularly in last few years.

A “shocking pattern of illegality” led to a $2 million fine for the Trump Foundation in addition to its dissolution for misconduct with Mr. MAGA himself, admitting to personal misuse of funds which were supposed to be used for charitable purposes in December 2019.

In the prior year, a federal lawsuit ended in a $25 million award to the victims of Trump’s “sham university.” Michael Cohen pled guilty to tax evasion and facilitating hush money payments with campaign funds on behalf of the former president in 2018. At the direction of his father, Eric Trump siphoned off money from a children’s cancer charity and redirected it to several other charities in 2017, “many of which were connected to Trump family members or interests, including at least four groups that subsequently paid to hold golf tournaments at Trump courses.”


The list goes on with a cast of disgraced Trump officials including Michael Flynn, Paul Manafort, Roger Stone, George Papadopoulos, and Rick Gates.

The Upper West Side twist involves a potential tax evasion scheme involving Trump and another loyalist.

New York prosecutors are looking into whether the former reality TV show host or his organization paid the Columbia Grammar & Preparatory School tuition for the children of Barry Weisselberg, former manager of the Trump Wollman Rink in Central Park and son of longtime Trump Organization CFO Allen Weisselberg.

Jennifer Weisselberg, the children’s mother, is cooperating with the New York investigations and reported that “more than $500,000 in tuition was paid for with checks written either by Trump or Allen Weisselberg.” Ms. Weisselberg reported to the New York Times that her ex-husband would pick up the tuition checks directly from the Trump Organization as part of his compensation.

During his tenure in the White House, Trump was a fan of (derisive) nicknames and often used them to describe those who did not agree with him. Soon enough, the investigations will conclude and he may have one of his own: Teflon Don or Don the Con?