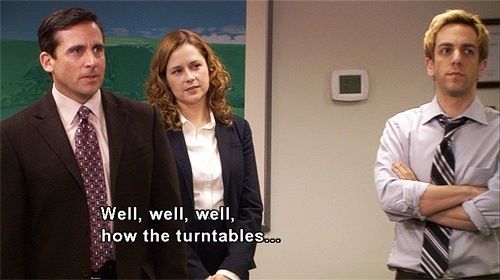 To recap what happened, CUMB was banned to play from all future athletic events at Columbia University after failing to meet a deadline to become an official student group on campus. This also came after a series of rebellious acts against the administration, including making phallic-shaped marching formations and playing outside Butler Library on the eve of the Organic Chemistry final. Really heinous stuff, I know.

After getting banned, CUMB kickstarted their own fundraising effort through a GoFundMe that raised more than $25,000 in just five days. Wow, and I can’t even get my husband to spend $20 on lunch. According to a statement released by the university, the band has now established a newfound partnership with Columbia Athletics where they will be “subject to a code of conduct.” In other words, mom has a close eye on them…and they better not bang their violent instruments outside libraries anymore.

“We all understand that it’s important for the band to improve its musicality and maintain its traditional satirical approach while also being respectful in its words and actions,” the president of the Columbia University Band Alumni Association Samantha Rowan said in a university statement. But…does that mean more phallic-shaped formations in our future? Here’s hoping.

So, what’s in store for our rebellious band friends now that they’re back in with the administration? You can expect to see them every Saturday on the field. And that started this past Saturday AT the homecoming game against Penn State.

FDNY Stations on the Upper West Side

Magnolia Bakery Will Use High Tech Products To Fight Coronavirus