It looks like Sherry Herring, which opened at 245 West 72nd Street between Broadway and West End Avenue in September, will have its eponymous, signature sandwich within two weeks. A literal ton of fish is due in from Holland in the coming days, which is good news for the growing customer base, which has patiently awaited its arrival. Sherry Herring head chef Valentino Kaplan promises it’ll be worth the wait. 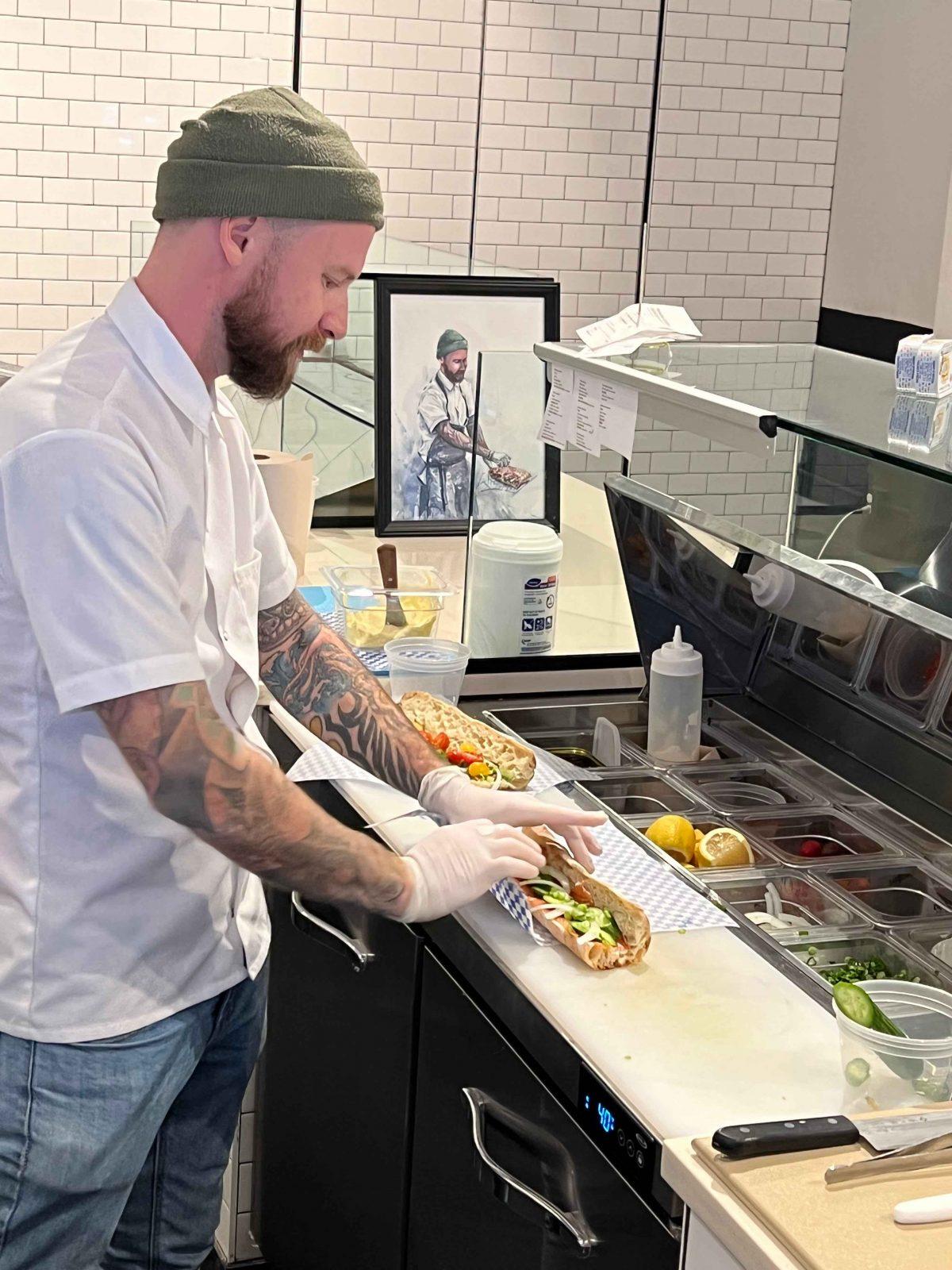 After a worldwide search for the best available herring, Israeli food legend, Sherry Ansky, the title character and heart and soul of the restaurant, zeroed in on what she tasted in Holland. Then, under her direction, the fish was been cured, smoked and brined in barrels for three and a half months.

“Every second person who comes in here asks ‘When is the herring coming’?” said Kaplan, who runs the location’s day-to-day operations.“That, and ‘Are you kosher?’”

Just like the herring, the restaurant will soon get its kosher certification, and will subsequently be closed on Saturdays.

So far, those who’ve steadily streamed through the door of the establishment have happily chowed down on other offerings such as a smoked salmon, tuna (both spicy and smoked), smoked mackerel, anchovies, spicy sardines, and sprats, which are all served on a fresh baguette with meticulous precision. 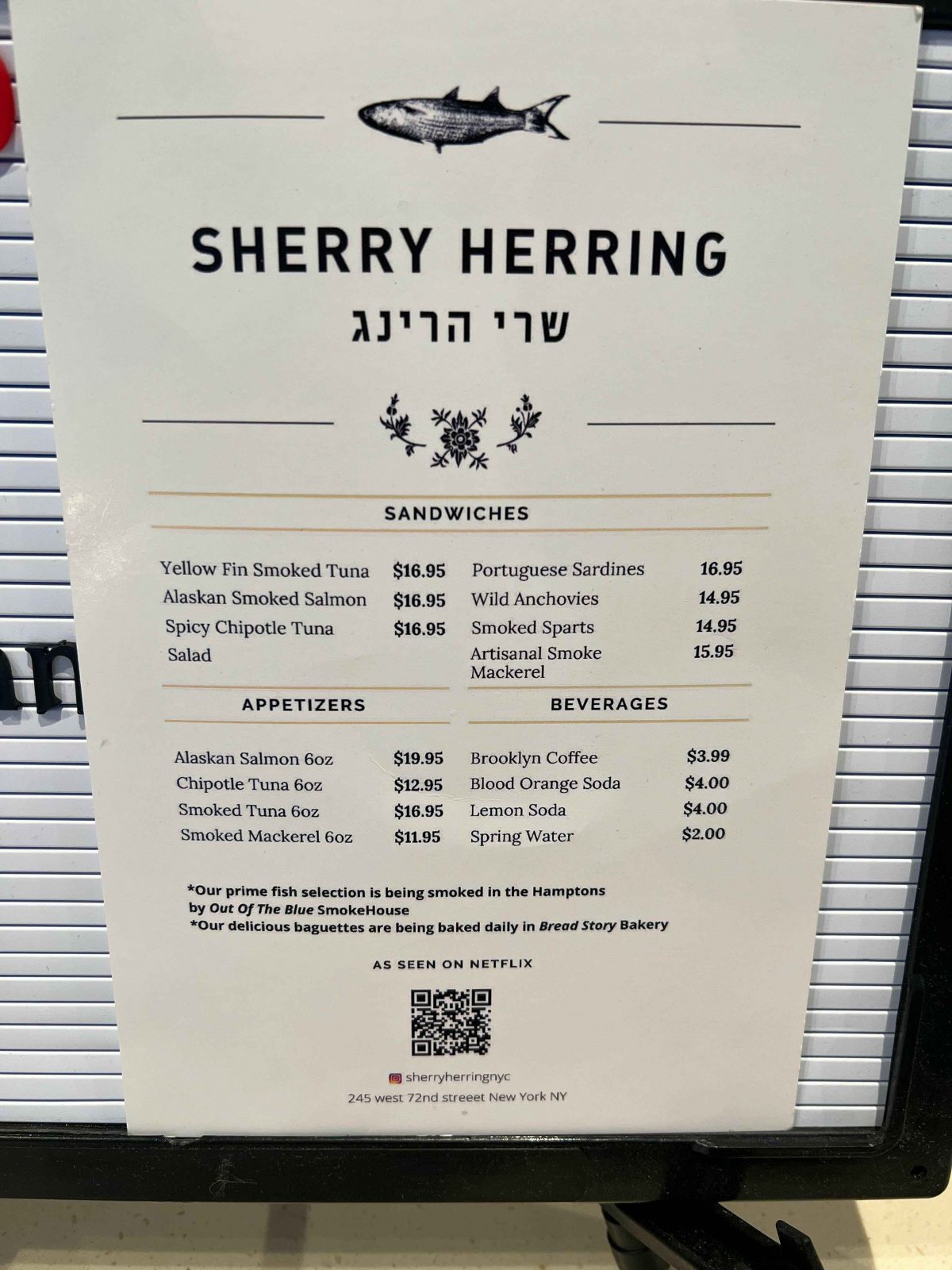 Sandwiches cost between $14.95 and $16.95. The herring sandwich features sour cream and butter and gets its punch from hot pepper, seeds, juice from a tomato, onions and scallions, and is finished off with brined herring.

“It’s very important that we use the freshest local ingredients and everything is perfect,” Kaplan said. “The neighborhood has been very friendly and [people] have been very nice to us.”

One customer even presented Kaplan with a portrait of him and one of his creations. It’s like art of an artist and his art. 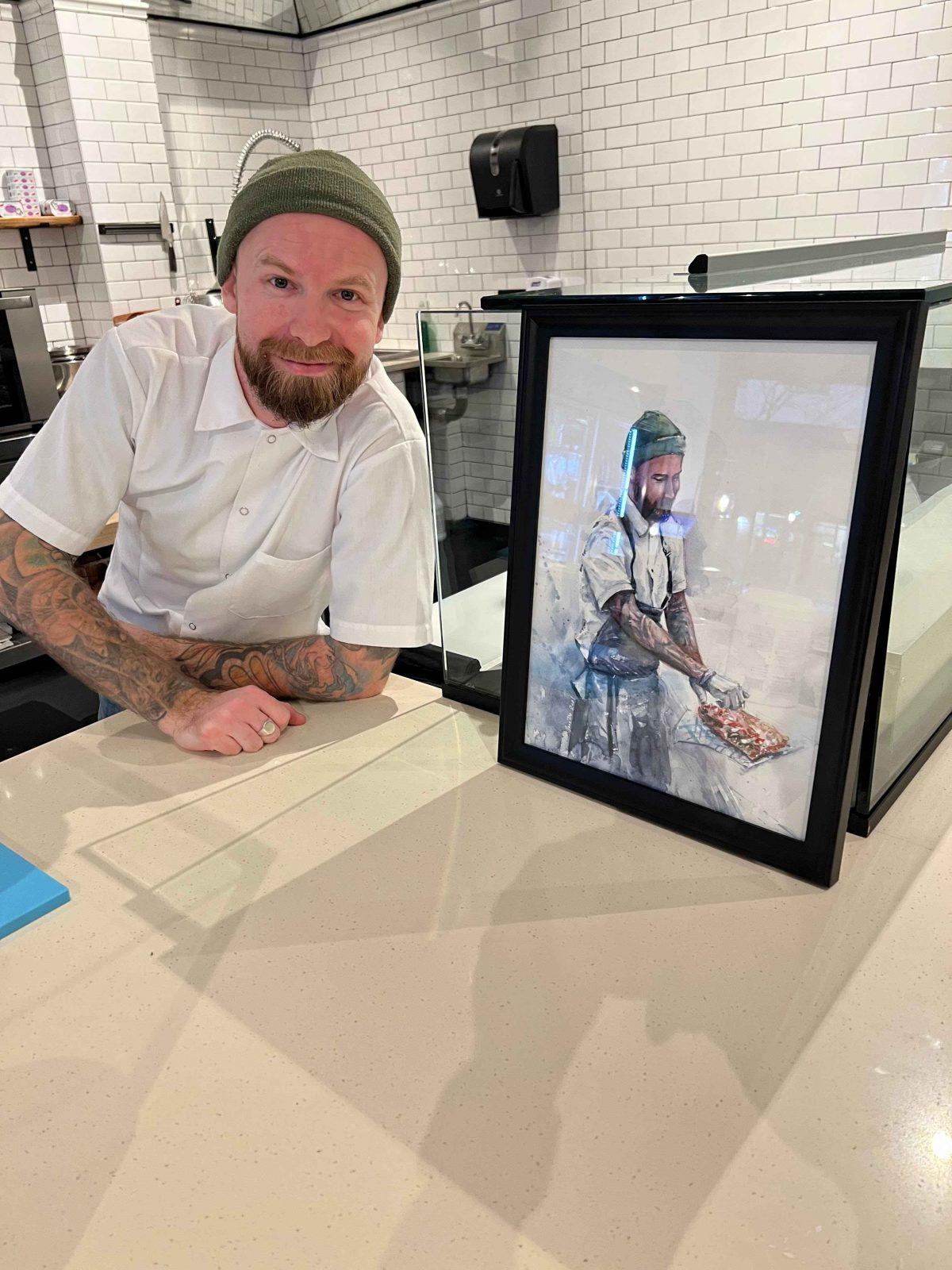 Sherry Herring’s only other location opened 11 years ago in a kiosk at a farmer’s market in Tel Aviv, Israel, which has built a cult following with people driving from hours away for a taste.

Phil Rosenthal even stopped by the Israeli location for his show, “Somebody Feed Phil,” and proclaimed that it served “One of the best sandwiches I’ve had in my stupid life.”

When Kaplan, who had never been to the United States before, came to New York to taste test ingredients for the best the area had to offer, he ate herring at every famous location including Zabar’s and Barney Greengrass, and is confident nothing compares to Sherry’s herring. 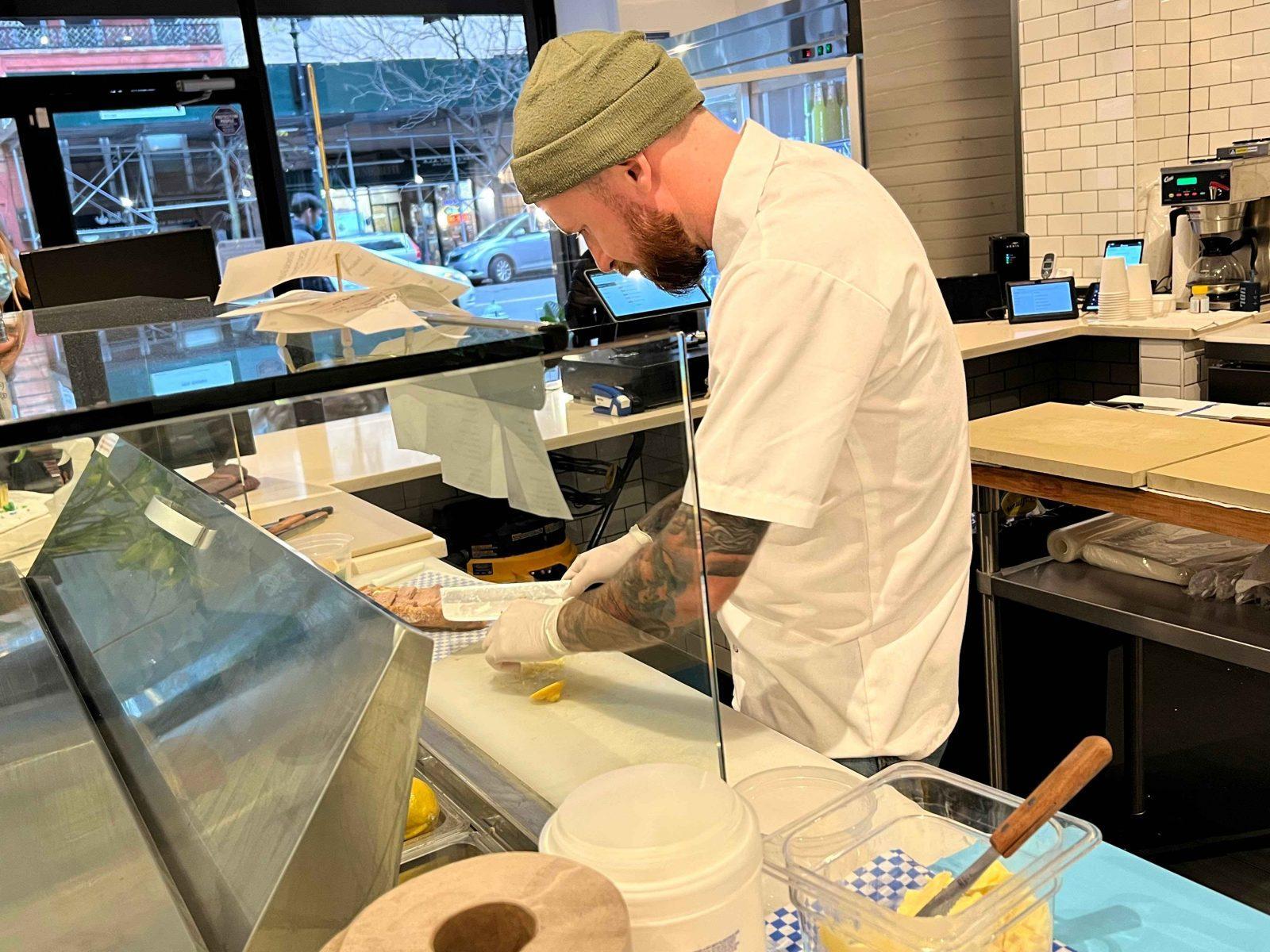 “Russ and Daughters is the inspiration for what we’re doing here,” he said. “We’re not trying to copy them, but they are an inspiration.”

After considering a second location in London, which didn’t go forward because of COVID-19, they ended up in the herring-friendly Upper West Side. In paraphrasing Frank Sinatra, Kaplan says “If you can succeed in New York, you can succeed anywhere.”

The Best Jelly Donuts For Hanukkah: Reviews From A Toddler & An Adult

La Pecora Bianca to Open at Former Isabella’s This Week