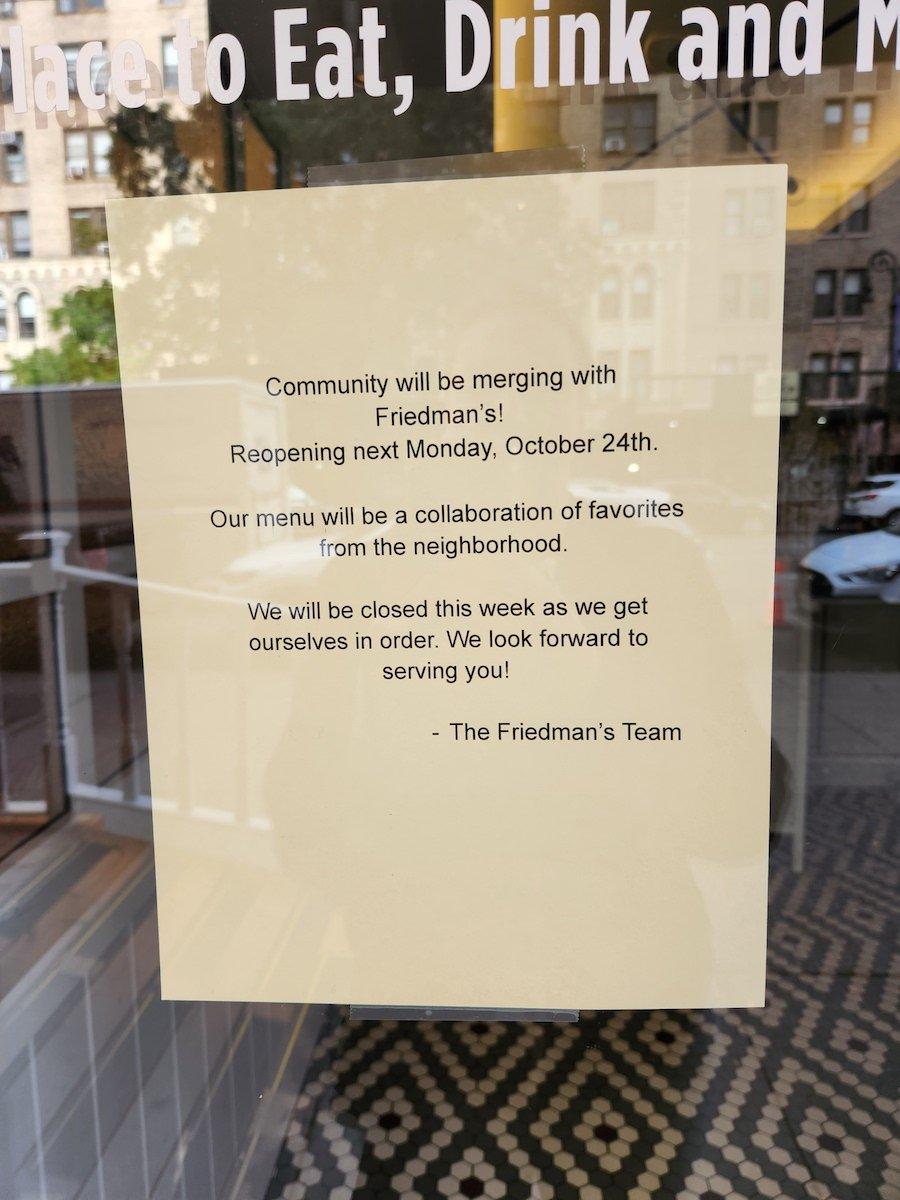 Two popular Upper West Side restaurants owned by the same people will soon be under the same roof.

Starting Monday, October 24, dishes from both Friedmans and Community Food & Juice – restaurants owned by the Phillips family – will be served at 50 West 72nd Street, where Community opened its second location earlier this year (replacing LPQ).

Friedmans will be vacating its space down the street, at 130 West 72nd Street. This outpost first opened in 2018.

We’ve reached out to the restaurant to inquire about the menus and what patrons can expect.

The original Community Food & Juice at 2893 Broadway (between 112th and 113th streets) has been a favorite among the Columbia University crowd since it opened in 2007. Several patrons claim this is the superior of the two Community’s.

READ MORE: Best Brunch Spots on the Upper West Side

The original Friedmans opened at Chelsea Market in 2009. The menu focuses on gluten-free and wholesome fare. Some popular items include their Korean chicken wings, vegetable potstickers, chopped chicken shawarma salad, mac and cheese and burgers. An additional neighborhood location can be found at 35 West End Avenue.

The Phillips family is also behind Pastrami Queen, Suram and La Salle Dumpling Room, which recently reopened its outpost at 37 West End Avenue.

Roast Marshmallows at this UWS Bar!