At about 7:30 a.m. on Tuesday, November 15, a 14-year-old female was riding a northbound 1 train when an unidentified male suspect “approached [her] from behind and grabbed her buttocks with his hands,” police say. According to the NYPD, the incident took place at or near the West 66th Street station.

Both the victim and the male suspect remained on the train. The victim did not sustain any injuries as a result of this incident.

Police describe the suspect as “a male, with a light complexion, approximately 25 to 30 years of age, 5’5″ to 5’8″ in height and last seen wearing a gold and blue knit hat, a black North face jacket, black V-neck t-shirt and a black disposable mask.”

Surveillance photos were captured at the scene of the incident. 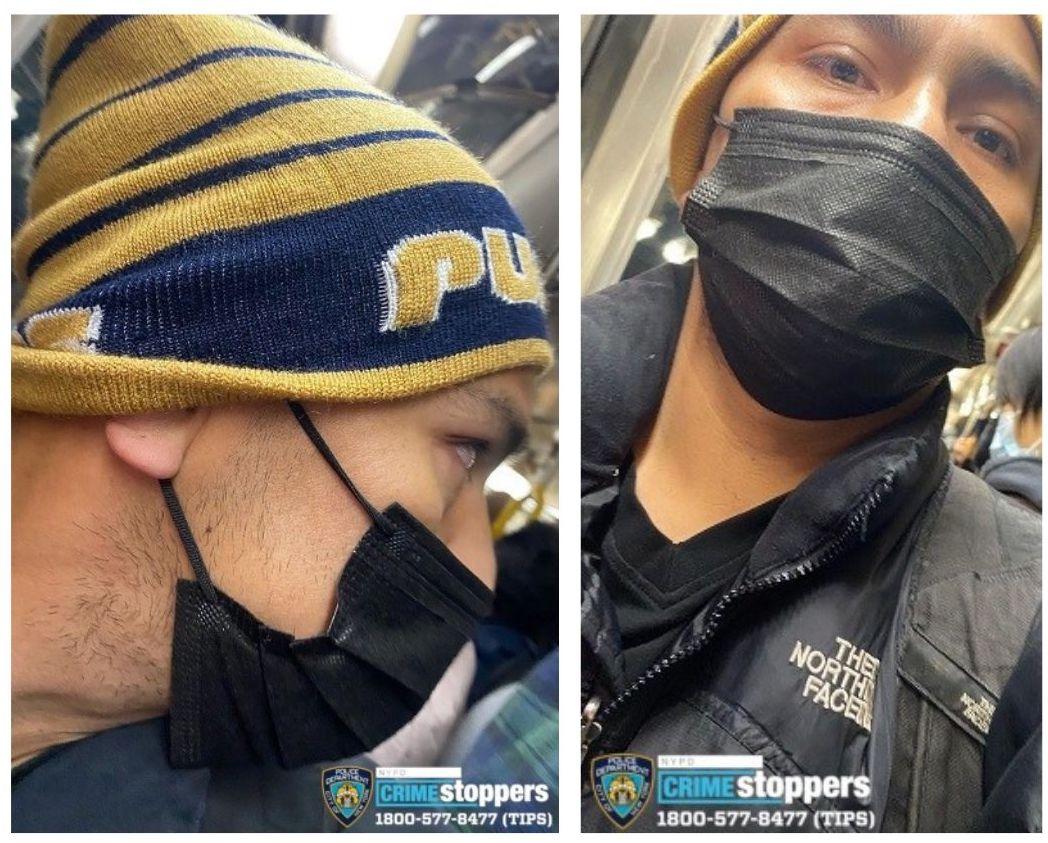 Anyone with relevant information is asked to call the NYPD’s Crime Stoppers Hotline at 1-800-577-TIPS (8477) or for Spanish, 1-888-57-PISTA (74782). The public can also submit their tips by logging onto the Crime Stoppers website or by sending a direct message to @NYPDTips on Twitter.